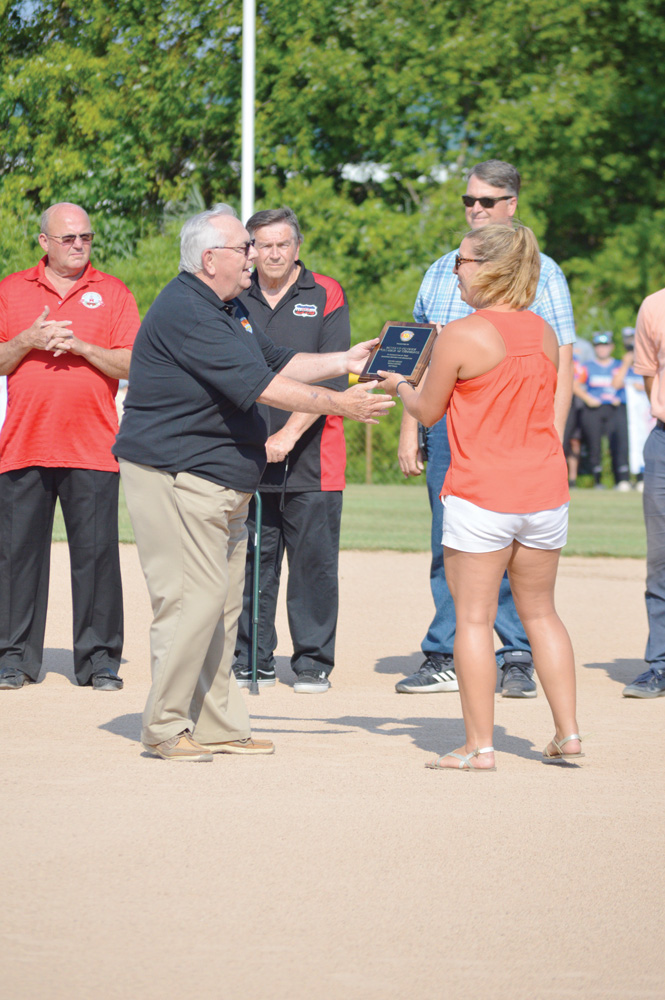 It’s become an event — a spectacle if you will — on the Sussex County calendar every summer. The last weekend in July is always the start of the Little League Senior Softball World Series, and the eyes of the softball world all lock in on Roxana and all the action.

The man in charge — dare I say head coach — of the whole production is Martin Donovan, who 16 years ago had a vision of bringing the World Series to Sussex County after hosting the East National Regional for seven years prior.

“I’m stupid I guess,” Donovan said jokingly when asked how he’s been able to keep things going all these years. “I have great relationships, and a really well-oiled committee. We are a close knit group of people. Roy Lamberton, Dave Hare, Ron and Sue Atkins, and Terry Wyatt have been here since the beginning.”

Donovan and his team have created a wonderful weeklong experience for several hundred young women, coaches, and fans over the years, and those memories are certain to last a lifetime.

It started with the idea of hosting the World Series for just a couple of years. However, 16 years later, they are the longest World Series host site for Little League International in the world.

“Little League has really trusted us with this every year,” Donovan continued. “We are fortunate to have the people we do involved. I run the meetings and help organize things, but the committee get these things going. Terry is really the brains behind this all. Sixteen years ago she created our ‘game plan,’ and we have used it every since. She has it all down. From the time teams are to wake up, eat breakfast, be on the bus, and go to bed.”

Over the years, there had been all kinds of changes to the on-field experience. Different types of equipment, different sponsors, and — quite possibly most noticeable — the technology that is used as well as the television production its become with ESPN.

“Back when ESPN first started broadcasting this, we were on a tape delay, and we were tickled pink,” Donovan admitted. “Now, all the games are streamed live. We are really on their schedule as far as start times. There is really no hiding anything that happens on the field because there are so many people watching now. Umpires’ calls are more scrutinized and talked about. There are so many more eyes on the games now than ever before.”

Donovan had served as the District 3 Administrator when the district was created back in 1994. He gave up the post in 2004 because it had become too much with his duties running the World Series. There were certainly some initial growing pains, but the event certainly has evolved into an experience that certainly showcases the county on an international stage.

With no immediate plans to give up hosting the World Series, Donovan and his team will begin planning for next year shortly after the last out is made on Sunday.

“I like to say that Little League doesn’t look for another site unless you screw it up, give it up, or run it amok,” Donovan concluded. “We are very lucky to have the help from Lower Sussex Little League with the field crew and volunteers, our sponsors, and of course the community’s support to keep this thing going.”