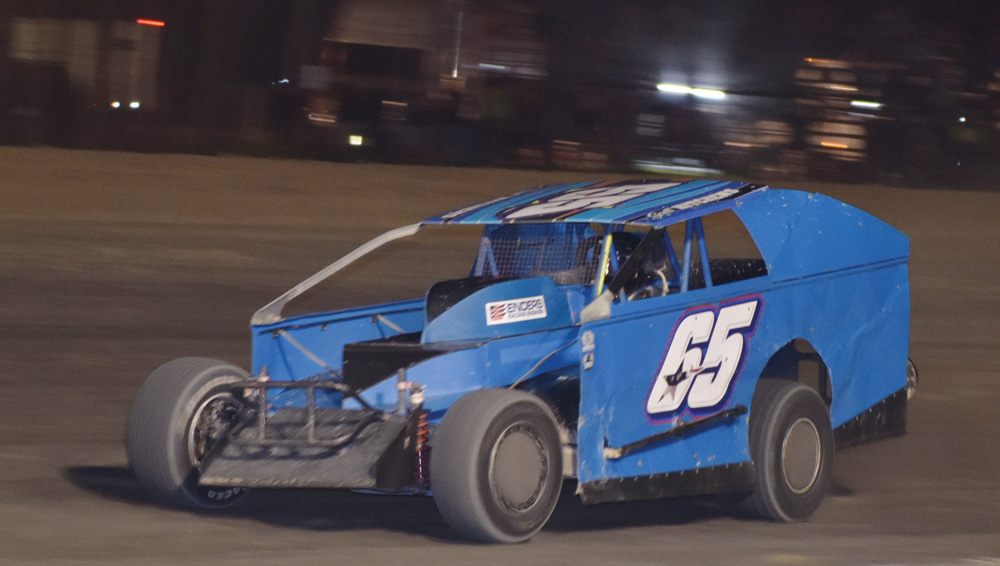 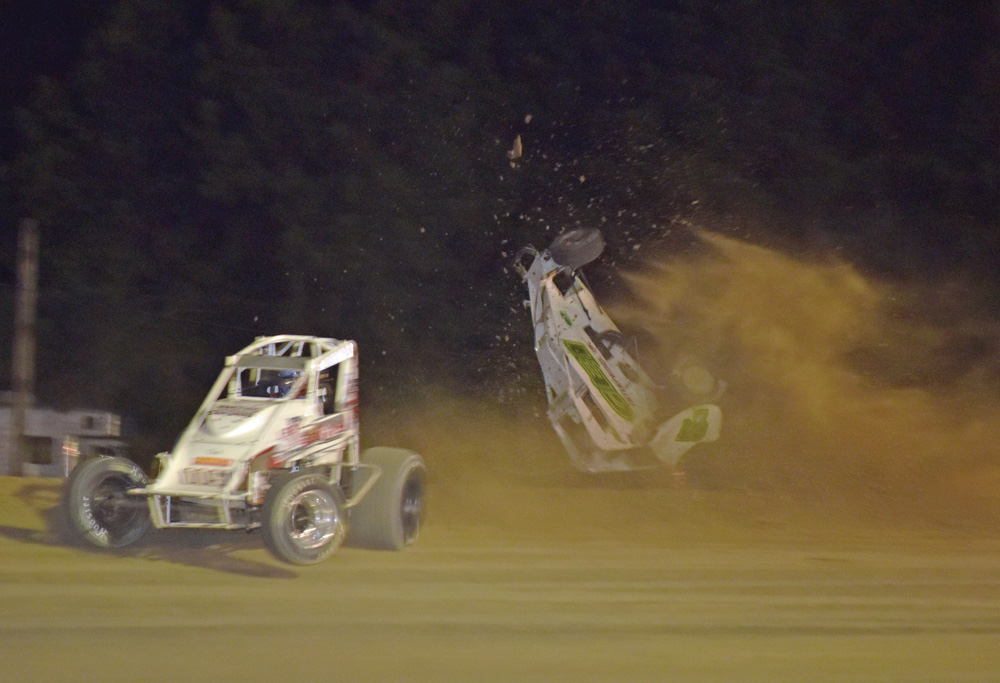 History made at historic track

Race car driver Scott Hitchens of Frankford capped a local sweep on Friday, July 26, during Georgetown Speedway’s hosting of the Blue Hen Dispose-All Night. The dominating win in front of an overflow crowd earned Hitchens $1,000, and a tighter grip on his points lead in the Chesapeake Paving/J.W. Brown Trucking Crate 602 Sportsman Division at Georgetown Speedway.

“We knew we had a good car,” Hitchens stated proudly after the race. “I know it didn’t really show in the heat race, where we came in second. We run really good here. When we come here, we just unload and know what to do.

“We got new tires on it for the feature. We caught our breaks when the cautions came out. We just bided our time and caught a few breaks. We really just waited for the opportunities to come to us, and then we got the lead and kept the foot on it until the end.”

Hitchens started eighth in a full field of cars.

“That wasn’t too far back, but it’s pretty hard to pass in these crate cars, so it’s kind of far back to start from,” Hitchens described. “We’re tickled with the win.”

Coming away with the night’s top purse of $3,236 was Milford native Jordan Watson for his first Georgetown win of the season in the L&J Sheet Metal Modified Division. Watson’s win ended a three-year locals drought in that division at Georgetown. But before making the field, Watson had a heat race to win from the rear.

“We made huge changes to the car from what we normally come here with, and I felt like I could go anywhere. The car was flawless. I could point it straight and not burn the tires off, and that’s what I needed to win the race.”

Watt held onto second ahead of racing legend Jimmy Horton, who fought off challenges from Mike Gular. Jeff Strunk and Anthony Perrego completed the top five. Watson also pocketed $250 as part of a bonus from Stockley Materials that awards the night’s “Top Three Regulars,” which also included H.J. Bunting ($150) and Kevin Sockriter ($100).

But before the racing began, an honor was bestowed upon Delaware racing veteran Harold Bunting with a dedication of the track’s Turn 4 grandstands. Many of his friends and relatives were among the large contingent of racing fans present that night.

History was also made when a field of Rapid Tire USAC East Coast Sprints took the green flag for the first time at Georgetown Speedway. Steven Drevicki goes into the track record book as the first East Coast Sprint car driver to win there.

Next up on Georgetown Speedway, a mid-week Aug. 15 showcase with $12,000 to win in the Sunoco Super Late Model Fulton Bank 40-lap race. Little Lincolns, Delmarva Chargers and Delaware Super Trucks will also be on the bill.