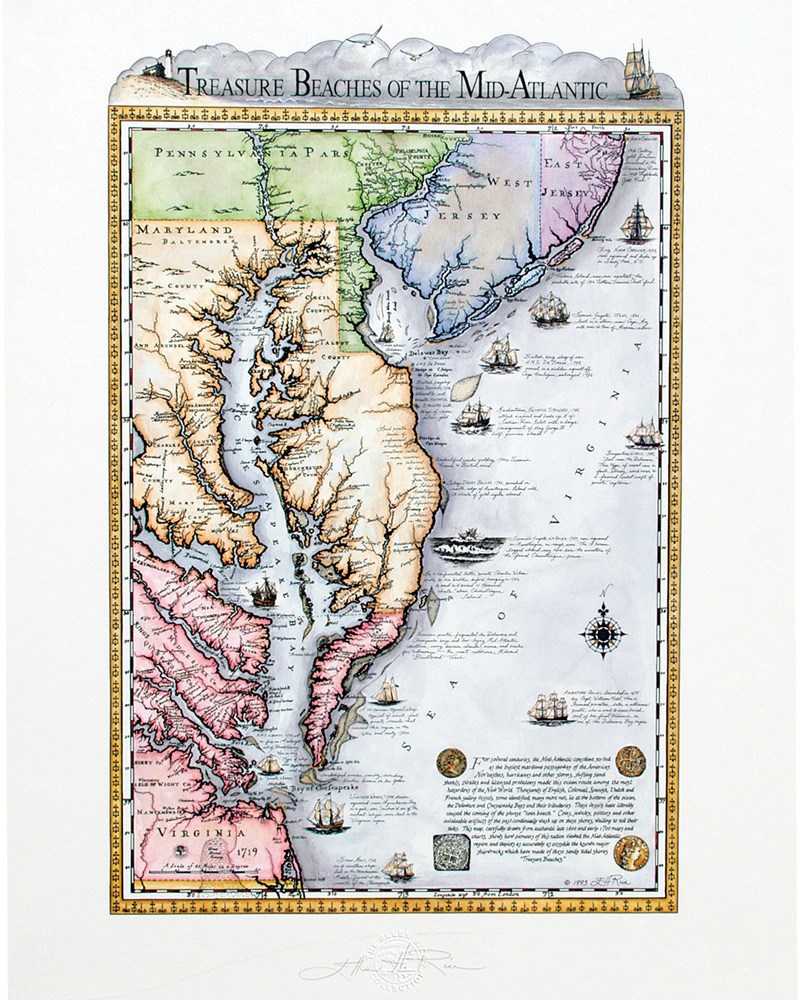 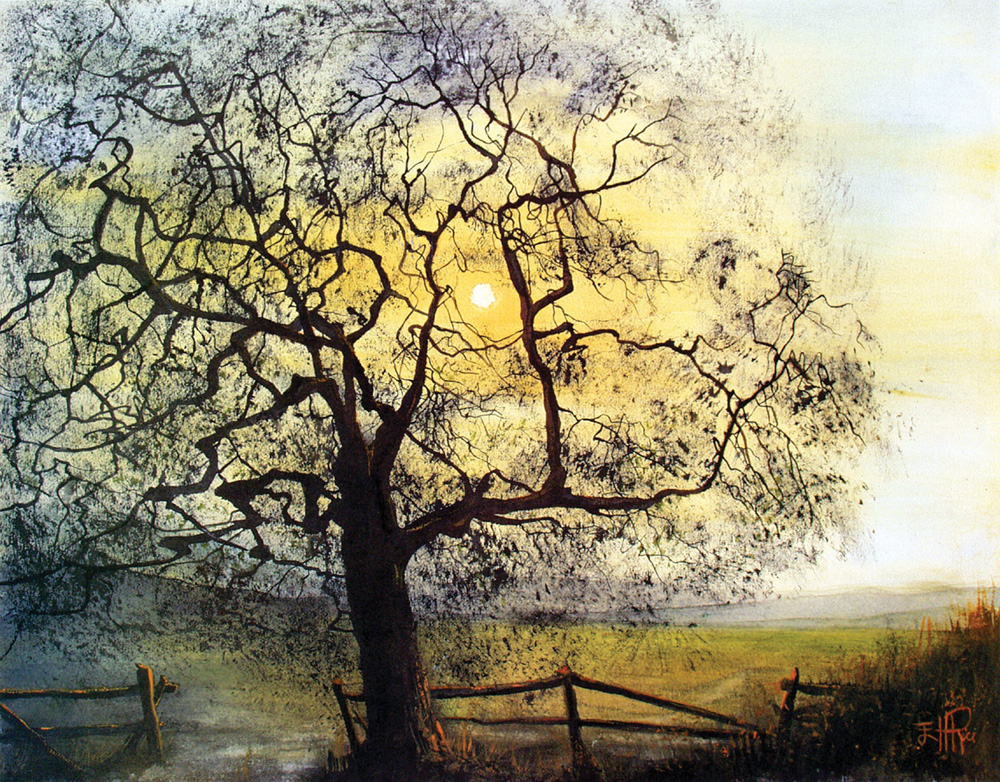 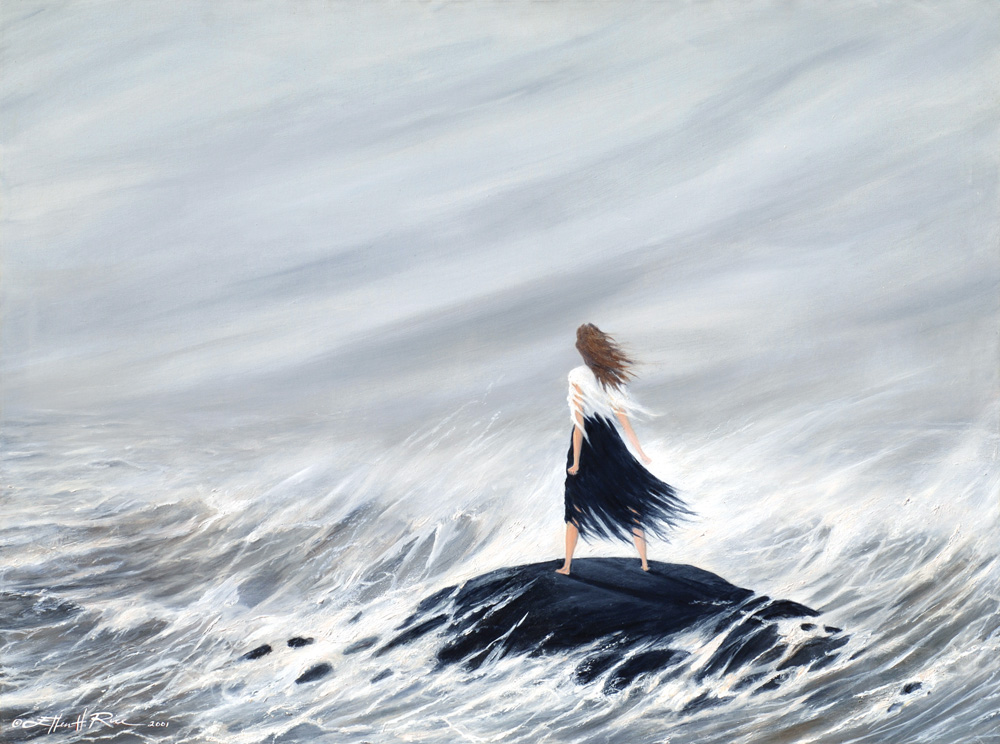 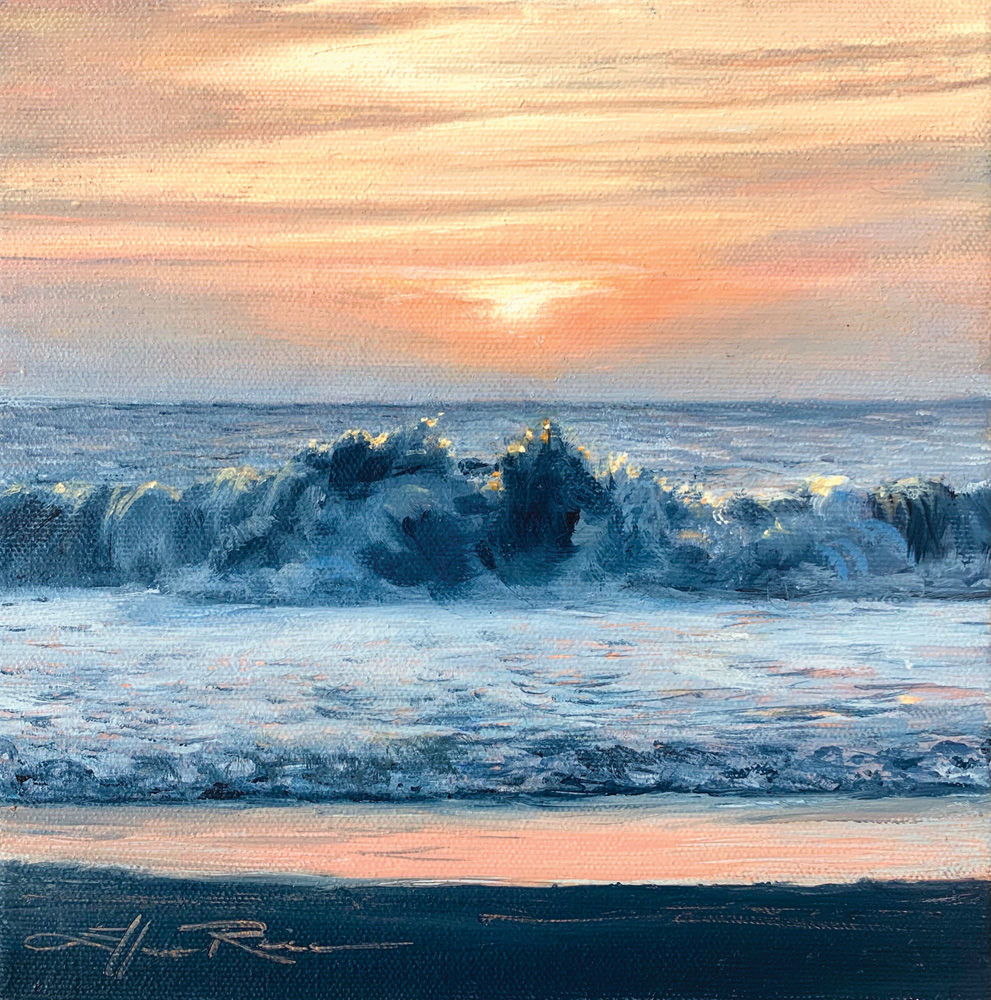 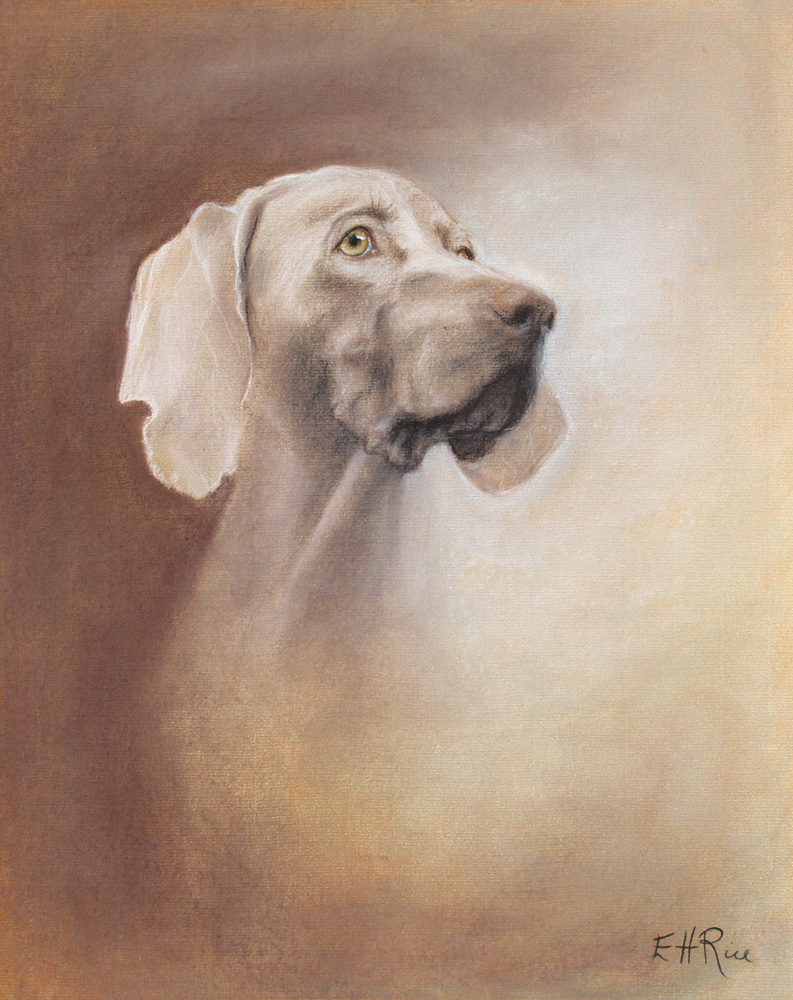 A celebration is beginning at the Ellen Rice Gallery in Ocean View this Saturday, and everyone is being invited to join in, said the artist, who founded the establishment in 1999 “on a wing and a prayer.”

Two decades ago, lifelong Delaware artist Ellen Rice said, she held her breath, took pen in hand and signed the lease for part of a building in Ocean View that would one day house the gallery.

“I was scared,” she recalls. “I had no retail experience, little money, no backers, and the rent was almost as much as my mortgage payment, but I had this idea for creating a space that would be uplifting and relaxing, where people could wind down and find peace while looking at my work and it felt right. Despite my jitters, I had a nationally best-selling print out there, my paintings and two other prints were also selling well through a lot of galleries and at art shows, so I forged ahead, praying God would stop me if it wasn’t right.”

“Nothing did. Instead, within a week of signing the lease, a woman called me asking if she could purchase an inspirational painting of encouragement for women that was at the time no more than an idea I’d mentioned in one line in my newsletter months earlier. It was a very large inspirational piece I’d barely sketched out. We came to an agreement, and she paid for it monthly. The payments covered almost to the penny my gallery’s rent and electricity for its entire first year.”

Over the next two decades there were a lot of ups and downs, tremendous successes and hard trials, Rice said. The gallery grew and won awards, original paintings continued selling before they were completed, and she worked continuously to improve her work and flesh out ideas for paintings that she said constantly flow and more that come to her in prayer.

“Someone once told me to watch my thoughts as I was painting, that people would pick up on them, and I believe that’s true. My paintings aren’t perfect, yet it amazes me people’s response to them.

She made it through the recession, despite more than half the galleries in the country closing, but said the gallery came close to being done in by four years of roadwork in front of it, followed by two moves in five years. At the tail end of the roadwork, she moved the gallery next to the circle in downtown Bethany Beach to escape the roadwork, then two years later moved it to where it is now, to have adequate parking. It’s now a block west of her original location, in Coastal Plaza near Lord Baltimore Elementary School.

Rice said she opened her gallery praying her way through each step, with the help of friends and putting in 60 to 70 hours per week.

“It was pretty plain. I only had a handful of oil paintings, three full-color prints, a dozen black-and-white prints of historic scenes I’d created as fundraisers for restoration projects, and the handmade works of half a dozen artisan friends whose work I loved — yet it flourished, beyond my wildest dreams.”

She hired a full-time manager and part-time help. With each sale of her work, she said, she invested in bringing new paintings into print, advertising and bringing into her gallery more local, regional and nationally known artisans’ creations in myriad media, from garden art, glass art and sculpture to wearable art, leather work, clocks, tide clocks and fine handmade jewelry.

Within two years, her 800-square-foot gallery, originally in the west end of the old Country Wicker building, represented more than 140 artisans and was earning more per square foot than any other gallery in the country, according to a national report put out by the Rosen Group. The gallery was voted a national Niche magazine Top Retailer Award finalist and in 2018 it was named one of the “Ten Must-See Galleries and Museums in Delaware” by the international cultural review group the Culture Trip.

Over these years, Ellen Rice was voted one of Delaware’s “top 10 most collectible artists” (Delaware Beach Life magazine) and Best Artist Delaware (Coastal Style magazine) and named PNC Artist of the Year, among other awards and accolades, and her following spread nationally and internationally. Her original paintings and prints can today be found in private, government and corporate collections in 14 countries on four continents.

The painting that paved the way for the Ellen Rice Gallery’s first year? Although Rice has more than 100 paintings of the coastal area in print and is widely known for her luminescent seascapes and bay scenes and a map that shows the shipwreck history of Delmarva, “Standing on the Rock,” painted, she said, from a vision she’d seen in prayer during a time of multiple life trials, remains her best-selling work, alongside six other paintings in her “Strength of Woman Series,” each with their own encouraging written message.

Rice will celebrate this Saturday from 2 to 5 p.m., when she begins her gallery’s anniversary celebration by hosting a casual signing for her newest oil painting in print, “Sunrise.” Light refreshments, including wine and cheese, will be served.

Throughout the remainder of 2019, Rice will host a variety of celebratory events with guest artists, artisans and writers and offer special appreciation rewards to those making purchases and to loyal eNews subscribers.

The public can view Rice’s available originals and all of her archival giclées in print, as well as photographs of her portrait and other commissioned work, in her gallery and online at www.ellenrice.gallery.

The Ellen Rice Gallery is located at 111 Atlantic Avenue (Route 26), Ocean View, 2.2 miles west of Bethany Beach. Visitors can look for red shutters and yellow butterfly benches at the front of Coastal Plaza, across from Lord Baltimore Elementary School. The entrance is in the front on the left side of the enclosed porch.