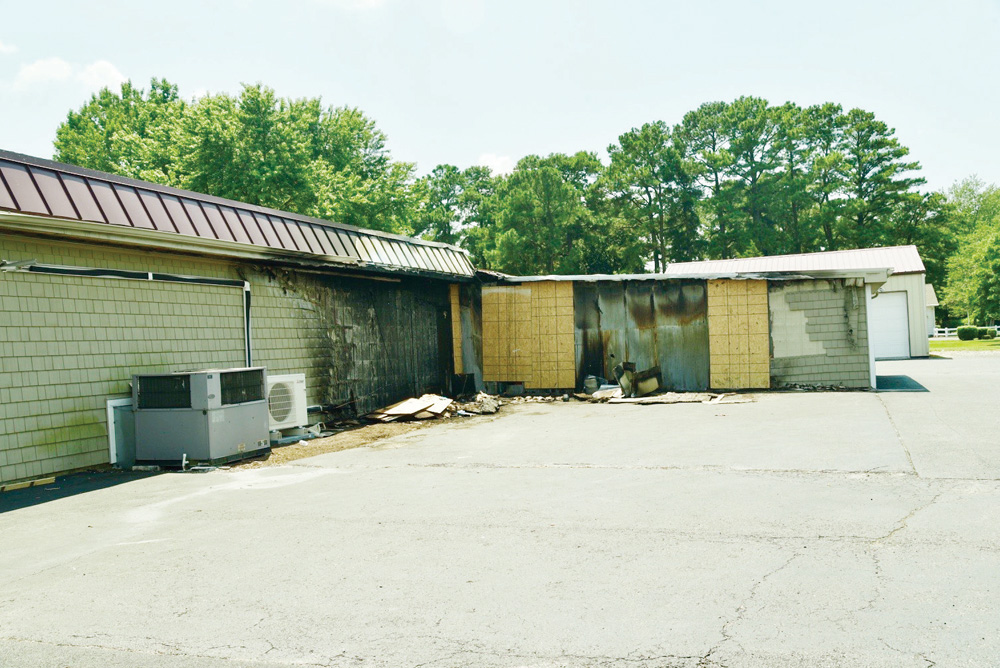 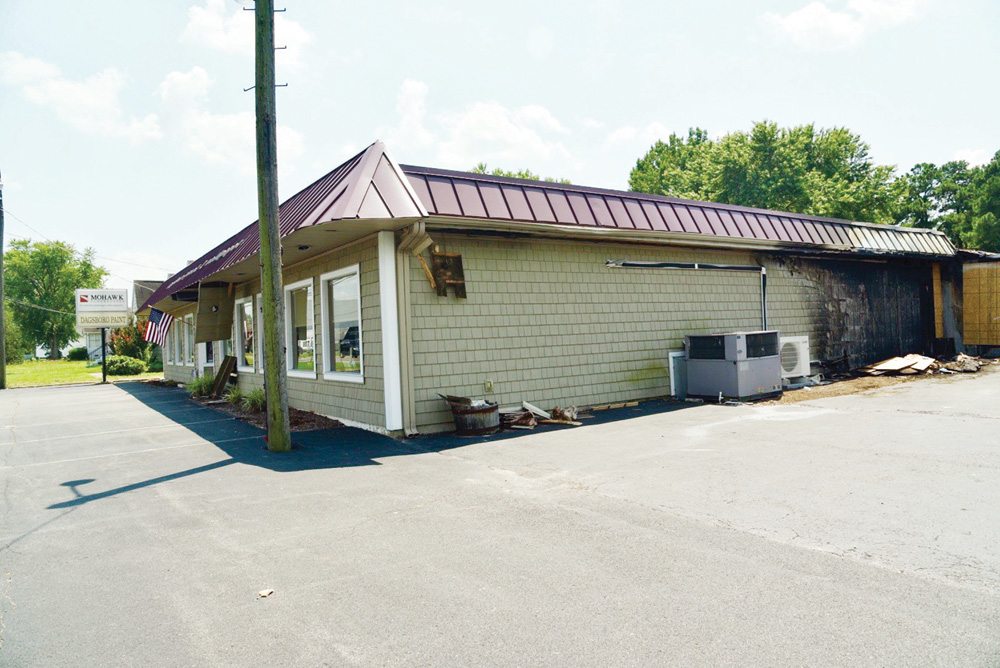 Just days after a fire heavily damaged their store, Dagsboro Paint & Wallpaper owners Dean and Teresa Disharoon were in the building trying to clean up, assess damage and figure out how to move forward.

Although the fire was contained to the flooring showrooms, according to Dean Disharoon, smoke and water damage spread throughout the business, which was started by his parents, Herb and Betty Disharoon in 1965.

“It’s a hell of a mess,” said Dean Disharoon as he took a break from working to remove damaged samples and materials from the shop, located at 33307 Main St.

Disharoon’s wife Teresa had answered the phone and said, simply “we’re working through it,” before handing the phone off to her husband.

Teresa Disharoon had just left the store, a few minutes after noon on Saturday, July 27, when the fire apparently started in mulch outside the store. “They’re saying it was spontaneous combustion,” Dean Disharoon said, noting “it was pretty hot that day.”

Mulch has been known to burst into flame under extreme heat, partly due to the fact that as it decomposes, it creates its own heat.

Dean Disharoon said the fire was reported about 10 minutes after his wife had left the store, the two of them having decided to close the store on Saturdays for the remainder of the summer.  “If it had been a few minutes earlier, we wouldn’t be here to talk about it,” he said.

Seven fire companies responded to the fire, Disharoon said, as well as emergency medical personnel, who were on hand to administer oxygen to firefighters and monitor them for heat-related illness. Firefighters were on the scene for about four hours, he said.

In the days following the fire, the Disharoons have been clearing out damaged goods. Dean Disharoon said on Wednesday, July 31 that they had filled five dumpsters “so far,” largely with product samples and ceiling materials that had been destroyed or damaged in the fire.

The next step, he said, will be tearing out the damaged part of the building and determining how to move forward. An insurance adjuster had been on site for three days as of Wednesday, assessing damages, Disharoon said, adding that “I’d say half to two-thirds” of the store’s inventory was lost in the fire.

“Hopefully by the end of the weekend, the entire part that is damaged will be demo’d and we’ll know where we are going to go from here,” he said. “You just don’t realize how much you do have,” until something like this happens, he said.

In the meantime, Disharoon said the couple might be setting up a temporary showroom in the coming weeks in the old Dagsboro Volunteer Fire Co. building.

Disharoon said the fire brought back memories of an earlier one there, 45 years ago. “It was February; it burned down. I was one of the ones who called it in. I was 15,” he said.

Asked when the store would be back open, Disharoon replied “ASAP.”