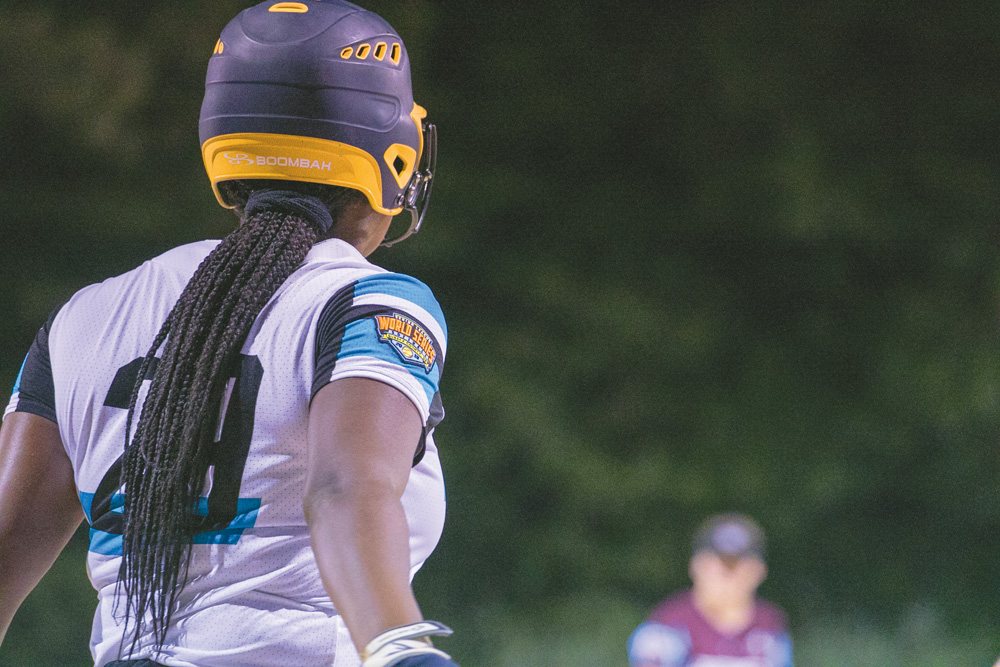 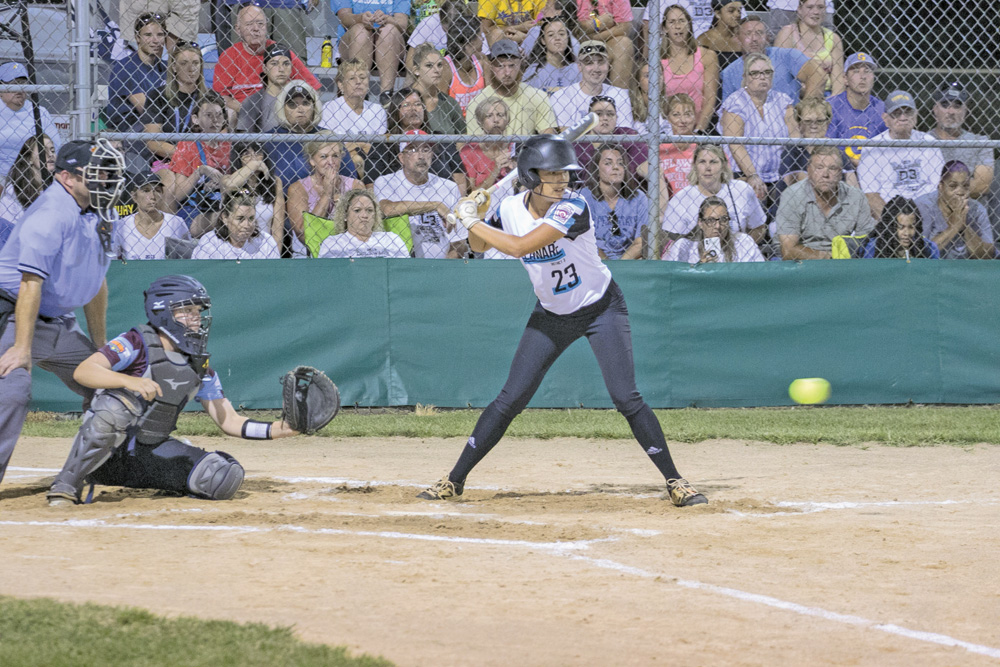 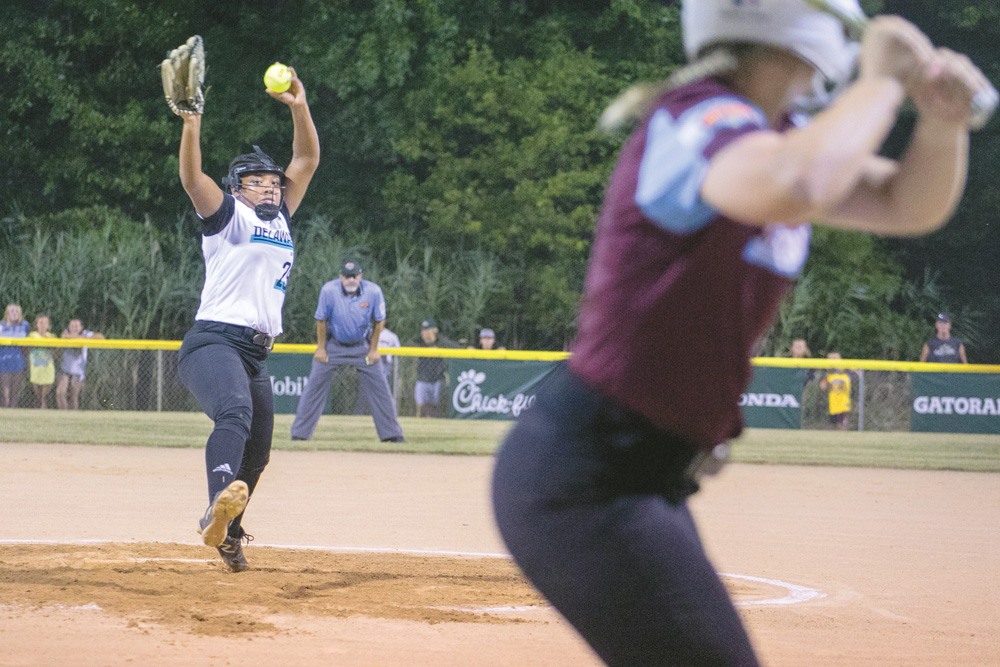 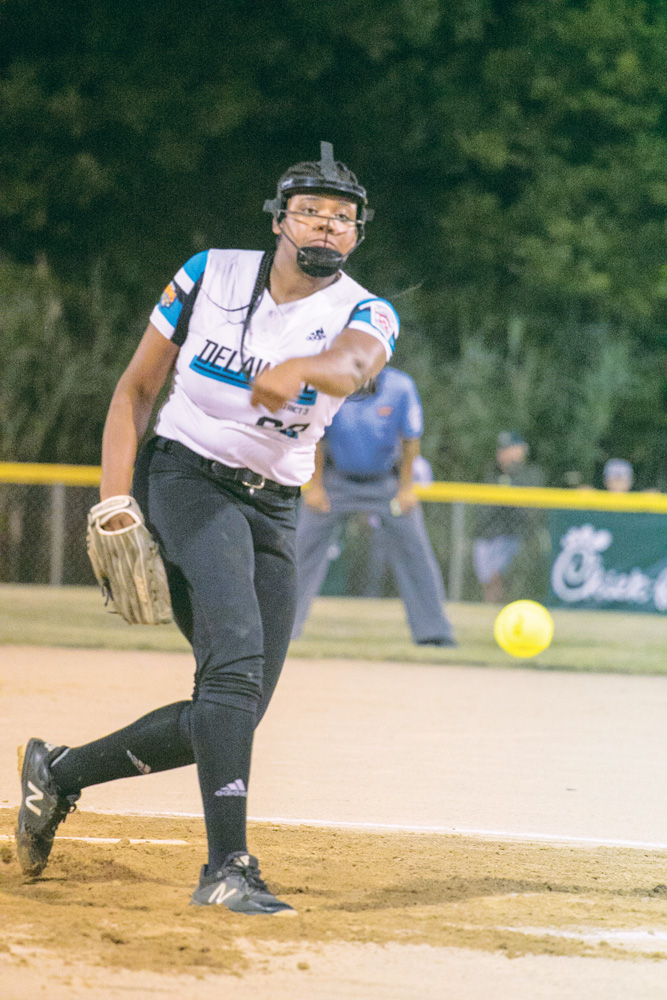 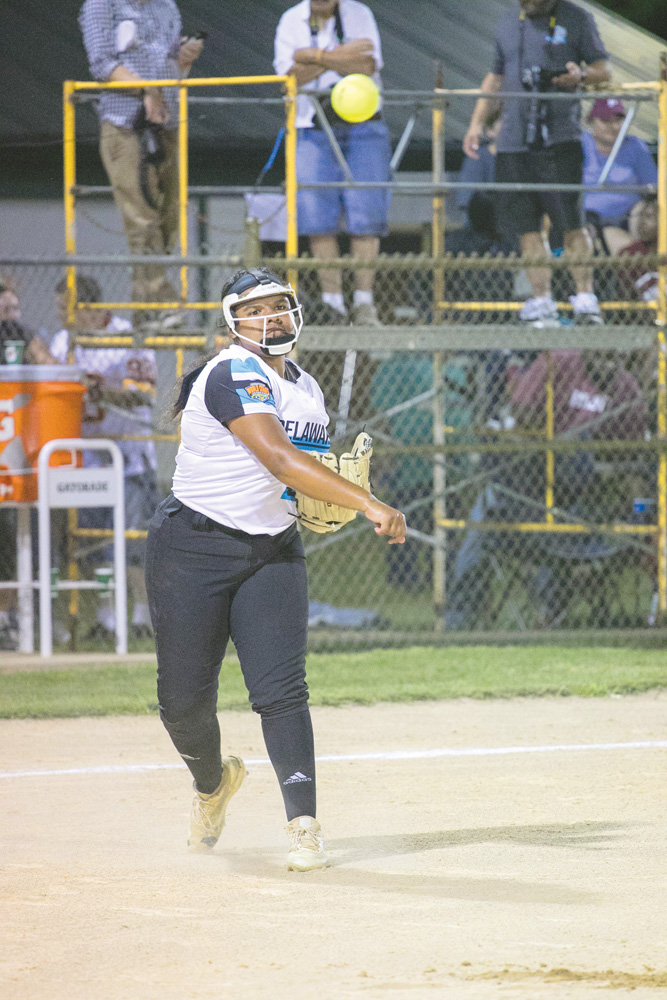 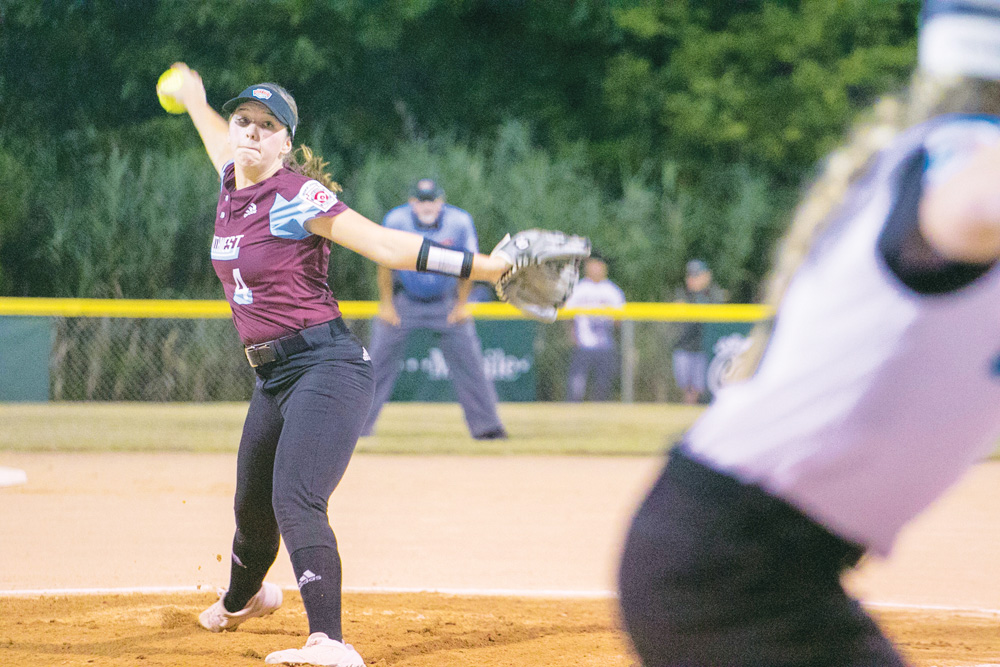 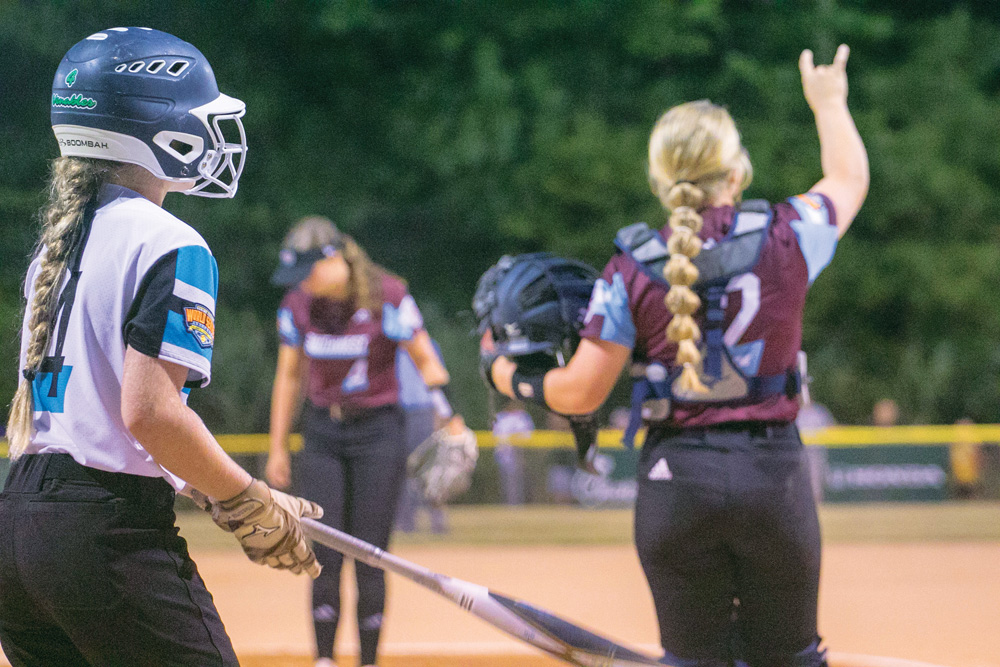 It was an ending that many movie scripts for baseball or softball movies could be written about.

District 3’s Jada Evans came through with an absolute bomb of a home run over the fence in centerfield to lift the hosts to a 6-5 walk-off win in the bottom of the seventh inning. The win keeps the locals unbeaten in Pool A joining Asia-Pacific at 2-0 after the second day of action — Tuesday, July 30 — at the Little League Senior Softball World Series.

“So my last three at-bats they were pitching me inside, and I struck out my last one,” an elated Evans assessed after the game. “So I knew it was going to be inside. I just wanted to get a hold of it because the longer she gets into the at-bat the more spin she gets. So I just said the first pitch I’m gonna hit it as hard as I possibly can, hit or miss — and I hit it.”

The home run was just the cherry on top of an exciting game that featured some great defensive plays and timely hits that kept the overflow crowd for both teams — but certainly more favorably for the locals — on the edge of the collective seats.

The game was scoreless for the first three-and-a-half innings before District 3 plated one run in the bottom of the fourth when Evans scored on a steal of third base that saw the catcher’s throw go into left field allowing her to cross the plate with the game’s first run.

Southwest answered right back when Kennedy Cox took the first pitch she saw in the top of the 5th over the fence in center to tie the game at 1-1.

It remained that way until District 3 scored four runs in the bottom of the 6th with two outs — something that many in the crowd seemed to not realize at the time.

Tatum Otwell singled to score Saige Bullock to start the scoring, then Couri Smith walked to load the bases. Carlie Venables smoked a hit into left that allowed both Otwell and Smith to score to make it 5-1.

It appeared — for all intents and purposes — that District 3 had locked it up.

But as the old saying goes, “Not so fast, my friend.”

Southwest responded with four of their own in the top of the 7th to tie the game back up at 5-5, and set the stage for Evans’ heroic walk-off, storybook ending.

“It’s a big win for the girls for sure,” head coach Mike Evick said afterwards. “We have to get back to the hotel, and come down from this one quick, though. We have another one (Wednesday) against Latin America, and we have to get ourselves ready to go.”

Evans finished 3-for-4 on the night with two runs scored and an RBI. Otwell added her own multi-hit effort with a 2-for-3 at the dish with an RBI and run scored. Venables and Smith had the other hits for District 3.

Evans picked up the win in the circle by going the distance. She fired off 79 pitches over the seven innings allowing six hits with four of the five runs earned. She struck out two with no walks.