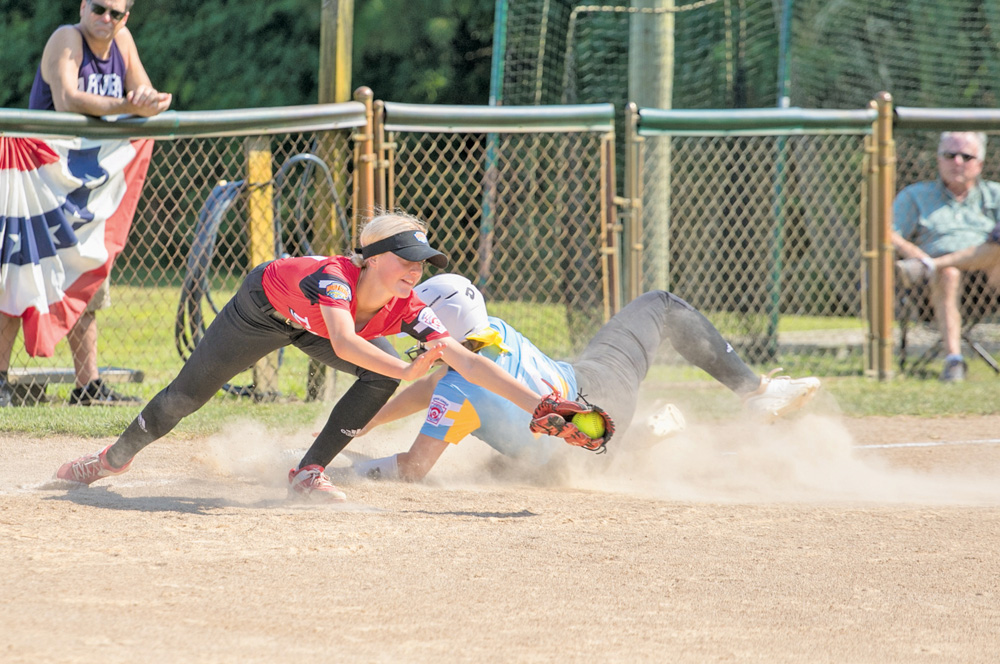 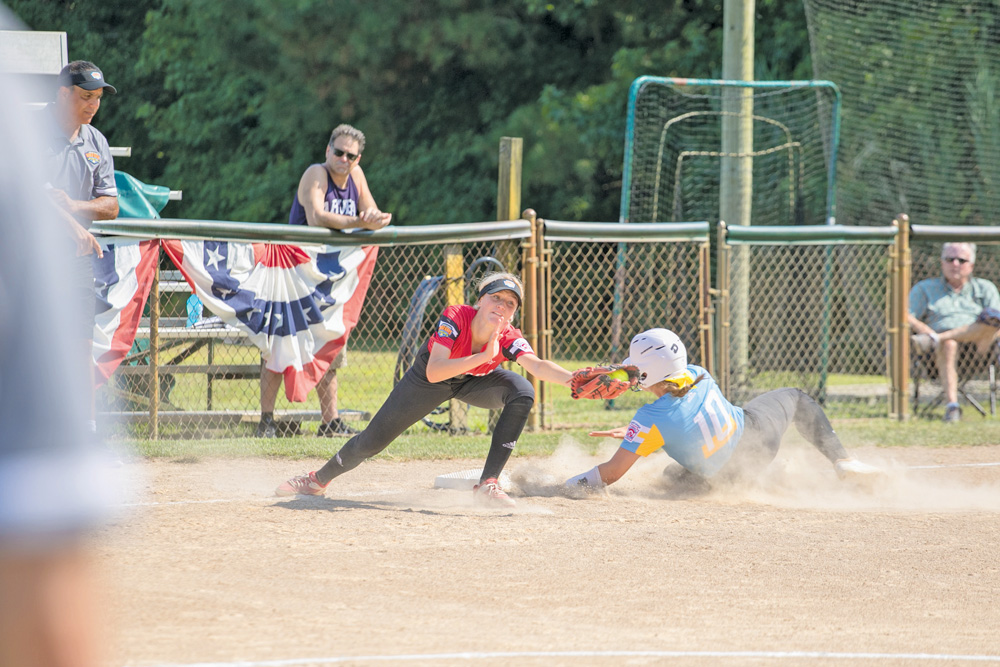 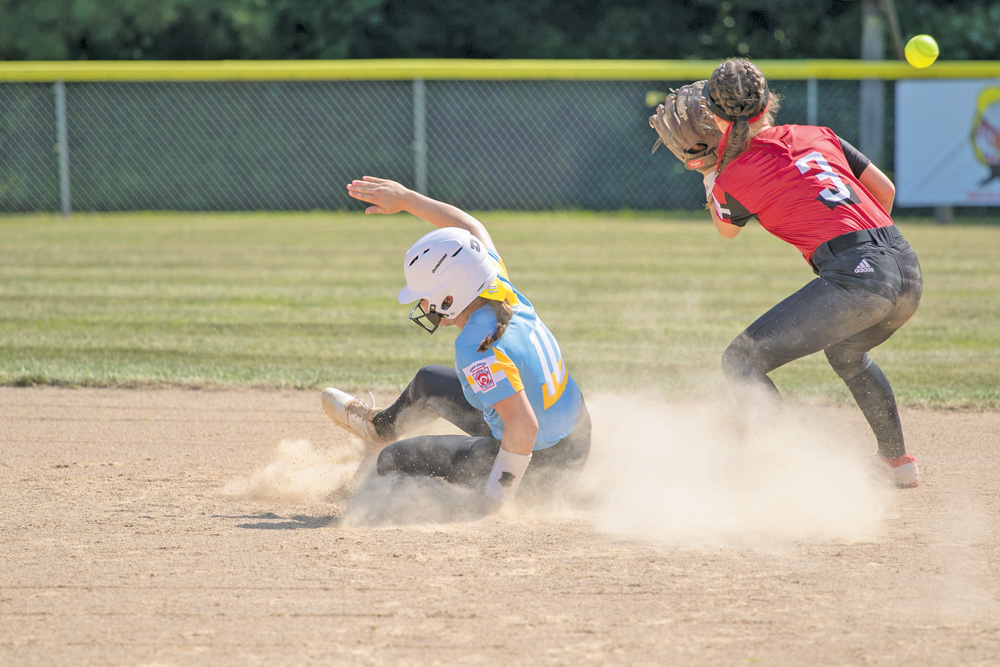 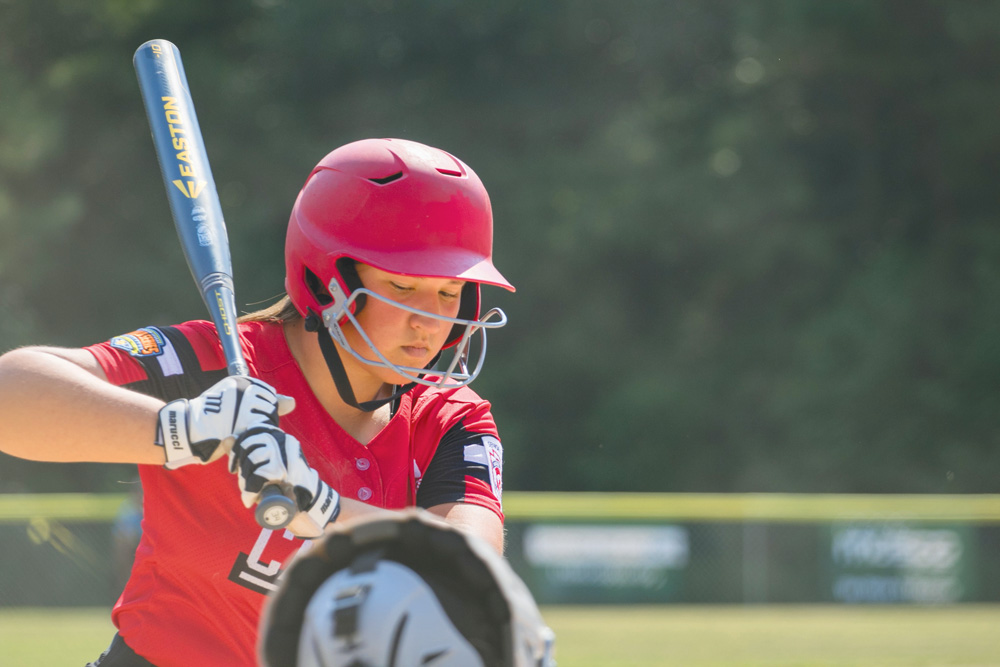 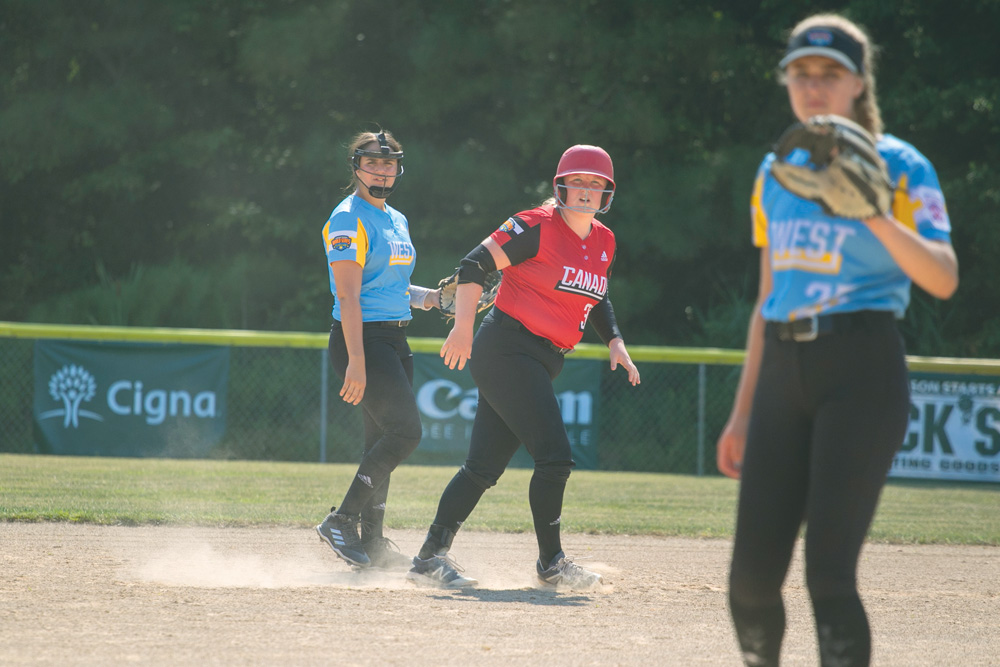 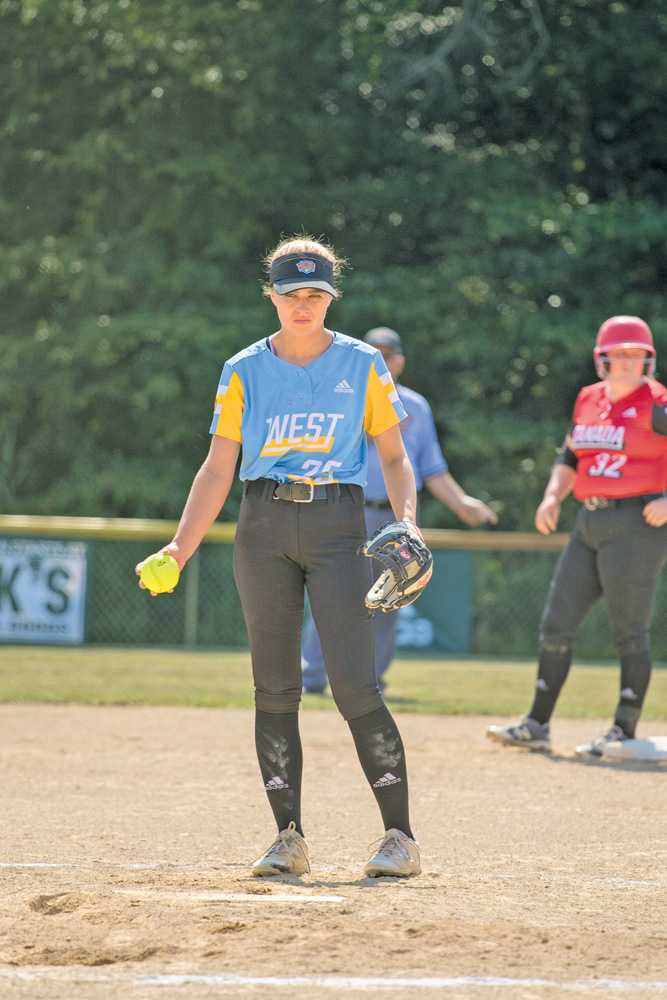 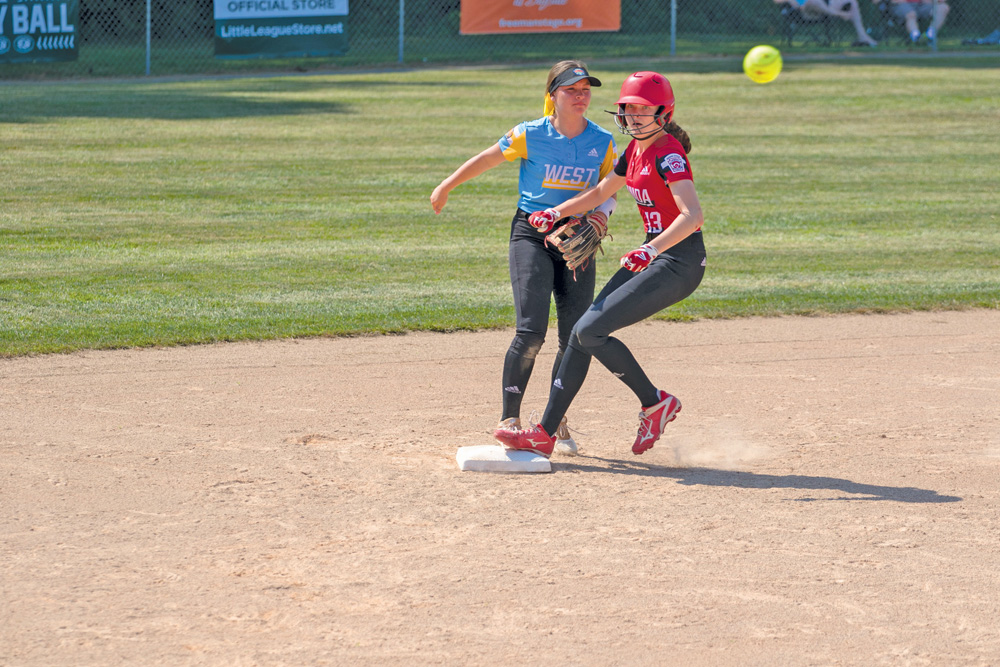 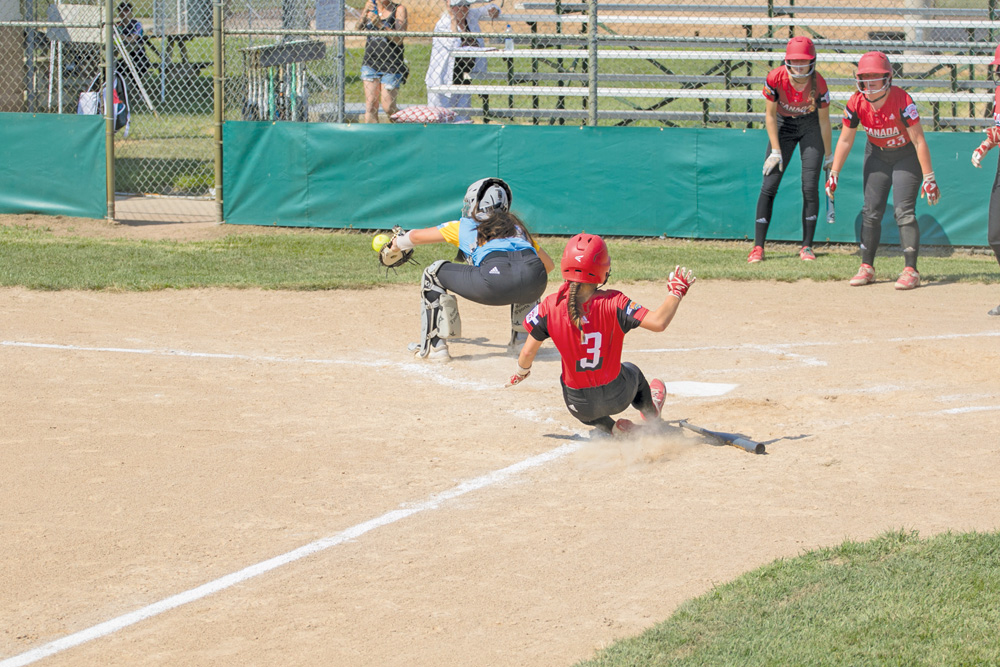 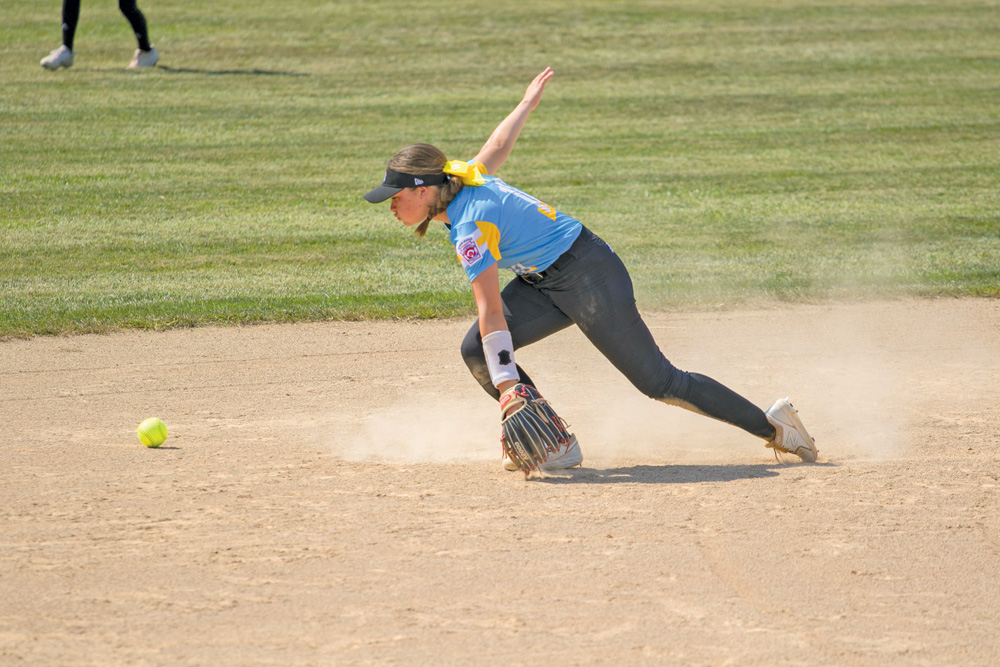 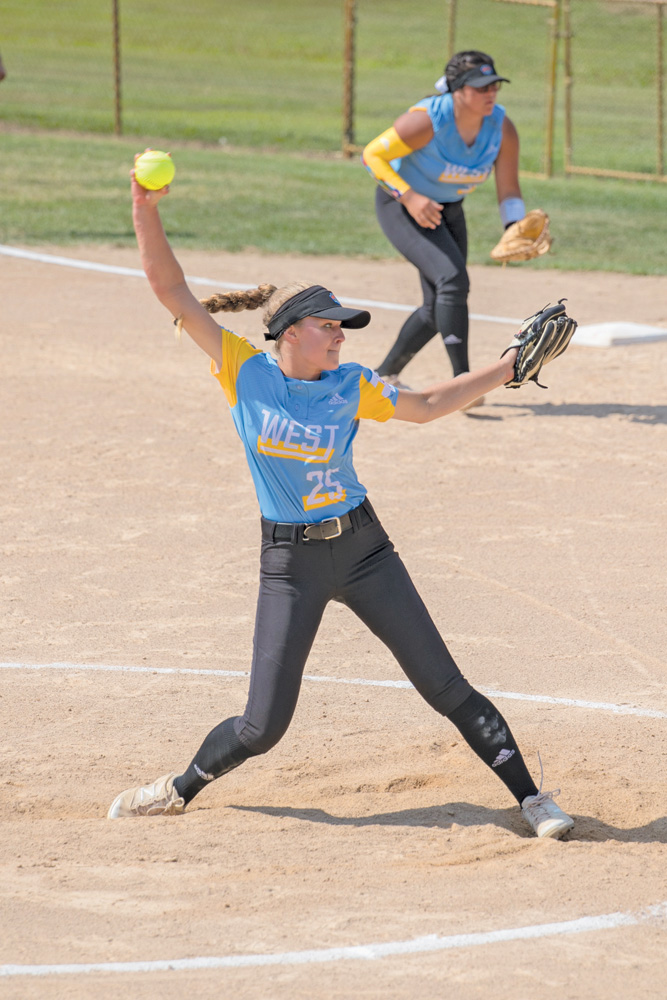 Canada loosened up a tight game against USA West by scoring 11 runs over three innings to secure a 13-2 win in the Senior League Softball World Series matchup on Tuesday, July 30.

Both teams’ leadoff hitters — Canada’s Ellie Vance and West’s Kaelyn Freed — did their jobs in the first, getting on base and coming around to score. But Canada (Victoria, British Columbia) then added another run in the top of the second to take back the lead.

Zari Benedict was hit by a pitch, and eventually came around on a single by Payton Henderson — who finished with four RBIs for the game, as well as throwing a complete-game, striking out six.

The score remained 2-1 until Team Canada blew open the game in the top half of the fourth. A series of errors (West picked up five for the day) contributed to the inning, as well as singles from Vance, Macey Thoroughgood and Mariah Grant. By the time the dust had cleared, Canada had a 7-1 lead. USA West tried to answer in their half of the inning, as Joselyn Reccelle led off with a double, and later came home on a groundout, but they were still looking at a 7-2 deficit.

In the top of the sixth, Canada erupted at the plate again. Brooklyn Lang reached on a seemingly innocuous one-out single, and things just went from there. Calla Fisher notched a double, and Benedict followed with one of her own. Vance and Henderson then reached on singles of their own before Thoroughgood hit a triple, knocking in two more. Kwyn Neal then had another run-scoring hit, and the team from Canada held a commanding 13-2 lead, that eventually resulted in the 10-run rule being called after six.

Thoroughgood and Neal finished with three RBIs each, as Canada picked up 17 hits for the game. Clarisa Robles had both RBIs for USA West (Burbank, Calif.), and Savannah Benson pitched the entire game, giving up eight earned runs, while striking out three.