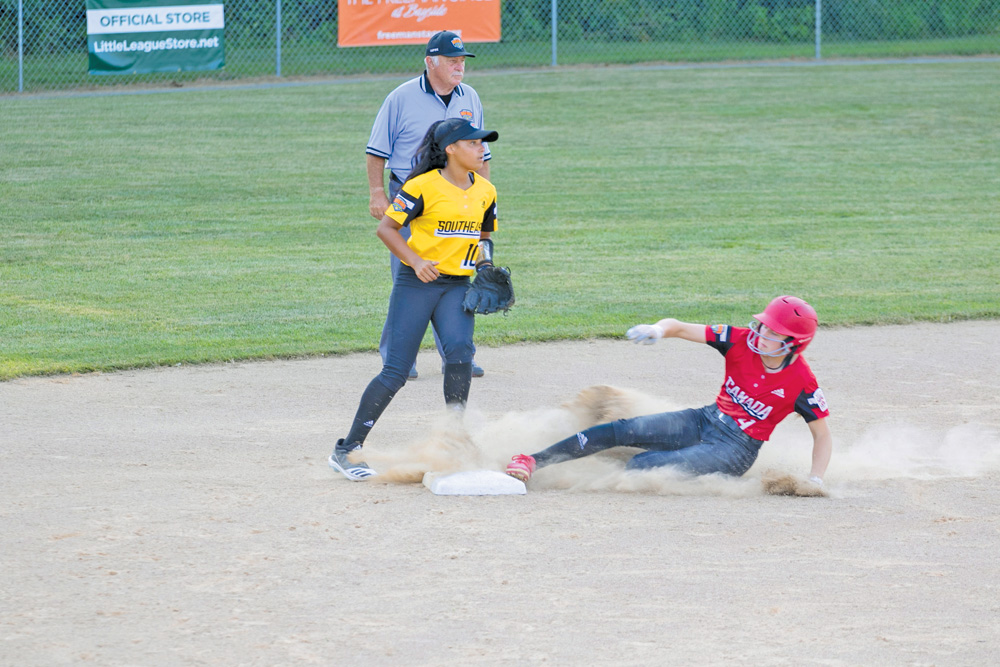 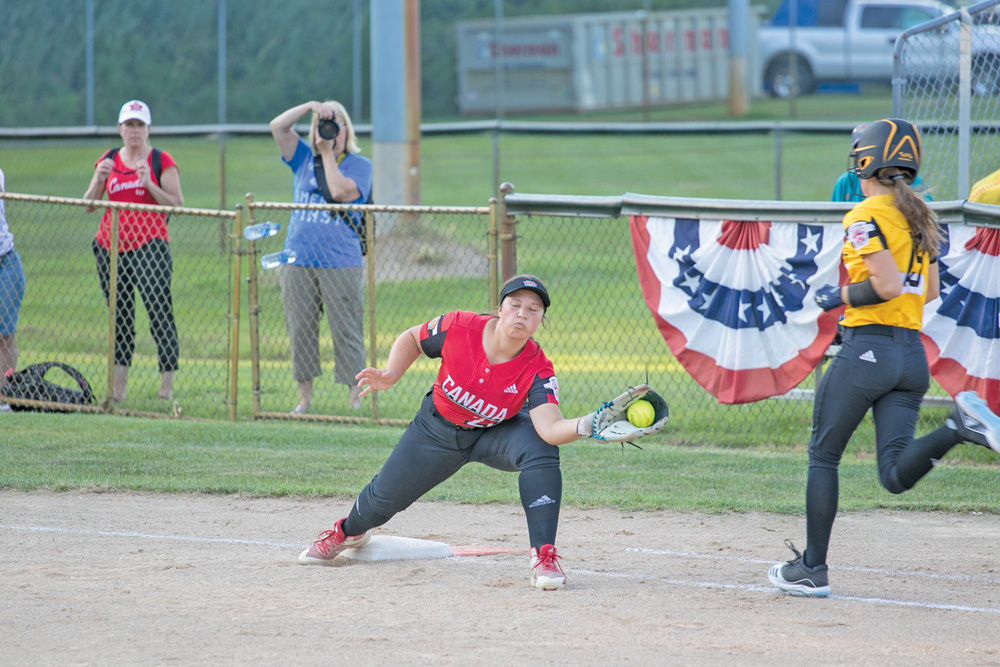 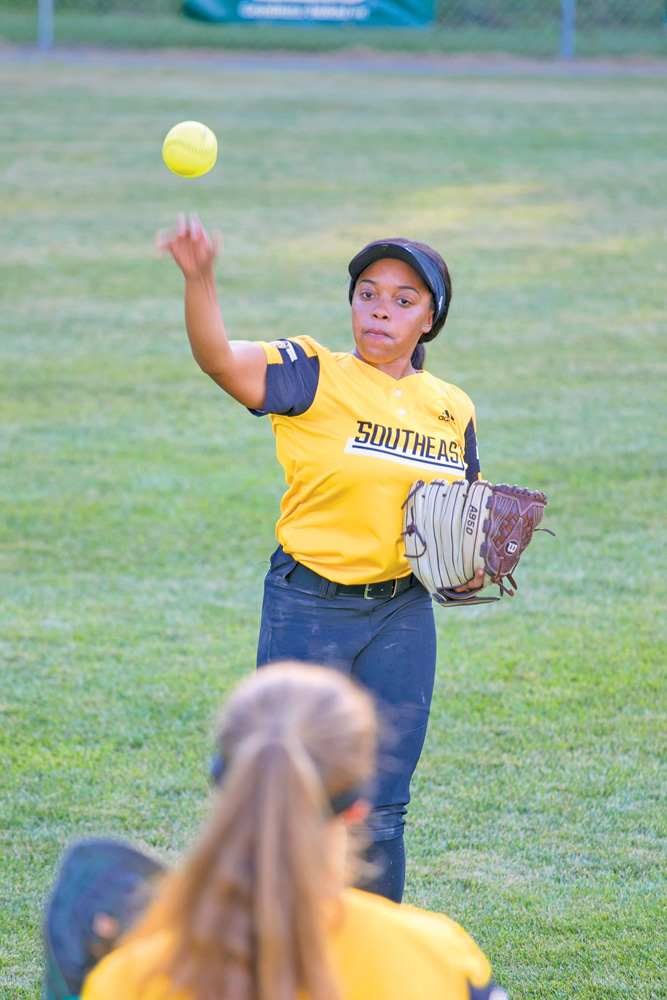 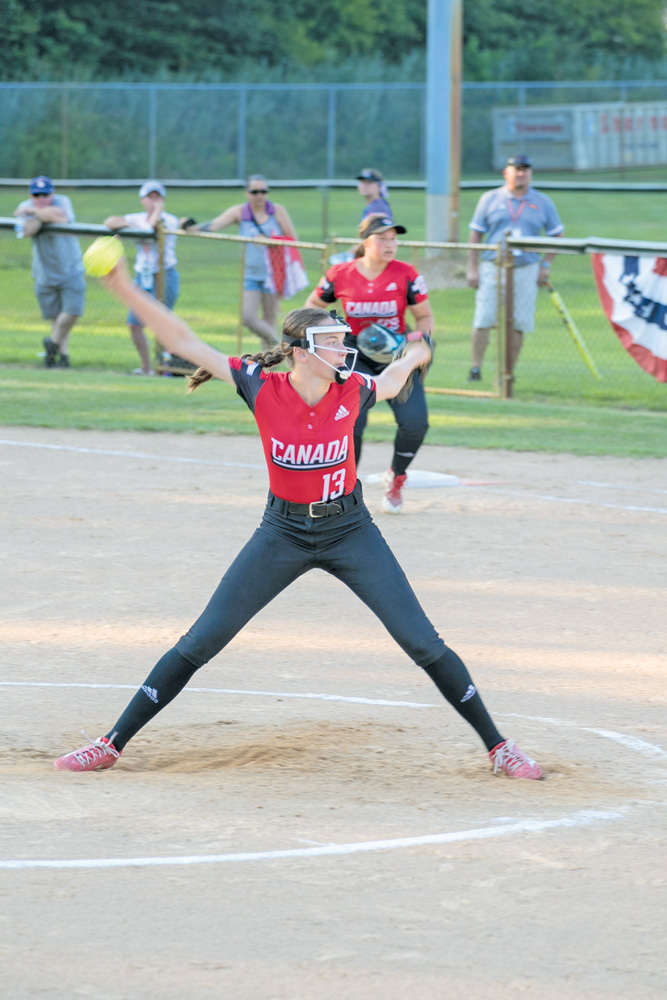 Canada’s Payton Henderson and USA Southeast’s Sydney Jacobs piled up a bunch of goose eggs for most of their teams’ opening game of the Senior League Softball World Series in Roxana on Monday, July 29.

With the teams locked in a 0-0 tie after five innings, Canada’s Macey Thoroughgood led off the top half of the sixth by reaching on an error. Thoroughgood moved to third following a double to left by Kwyn Neal, and then scored the first run of the game on a clean single to left by Mariah Grant. Neal later came across on a groundout by Sophie Guiney.

That was all the support that Henderson would need on this day.

Henderson went the distance for Canada (Victoria, B.C.), allowing only a first-inning single by Southeast’s Amaura Burgess and striking out six to go along with four walks. She also helped her cause at the plate, knocking in Alex Buckham with a single for an insurance run in the seventh inning to push their lead to 3-0. Buckham was the only player to notch two hits for the game, including her double in the seventh, which put her in scoring position.

No Canada batters struck out during the game.