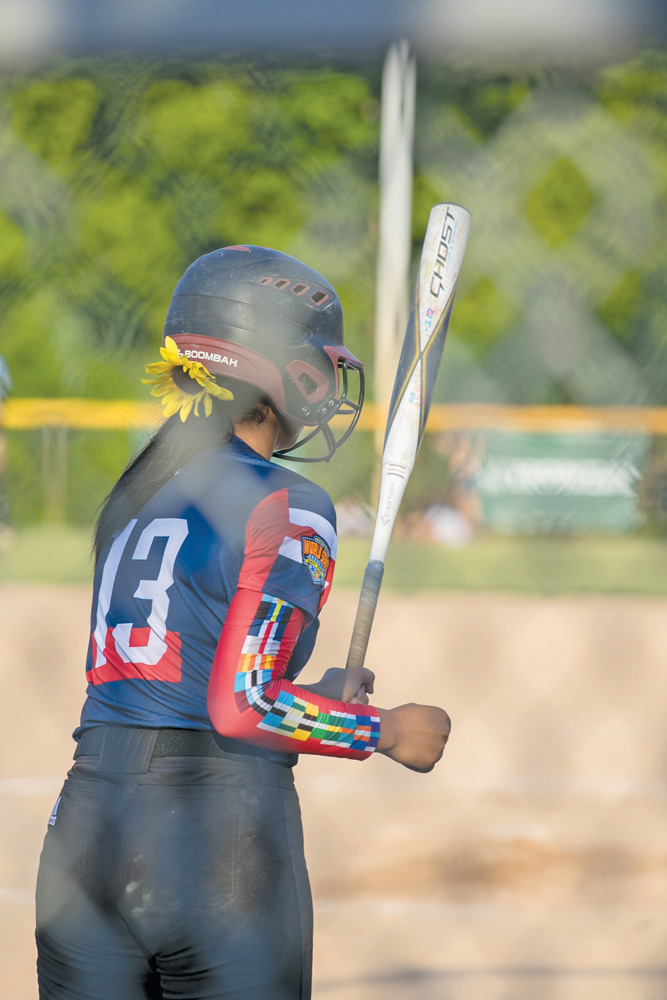 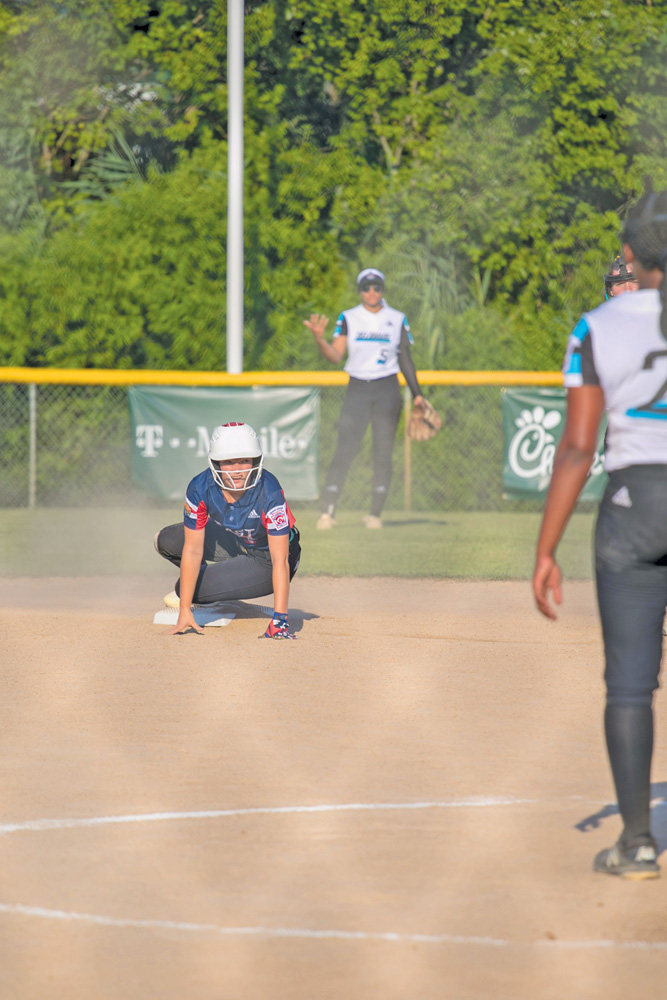 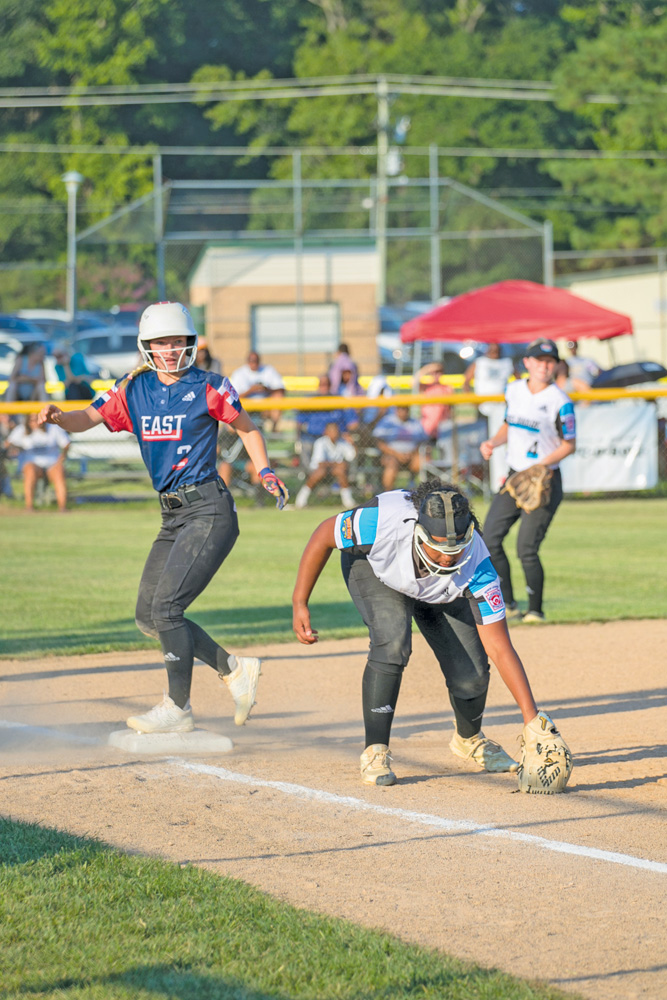 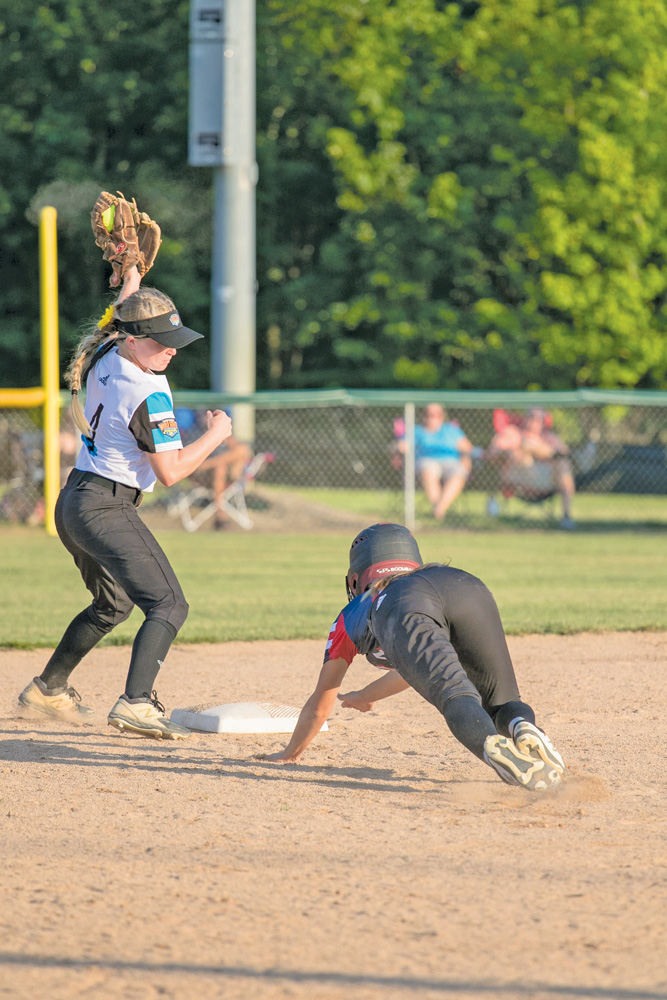 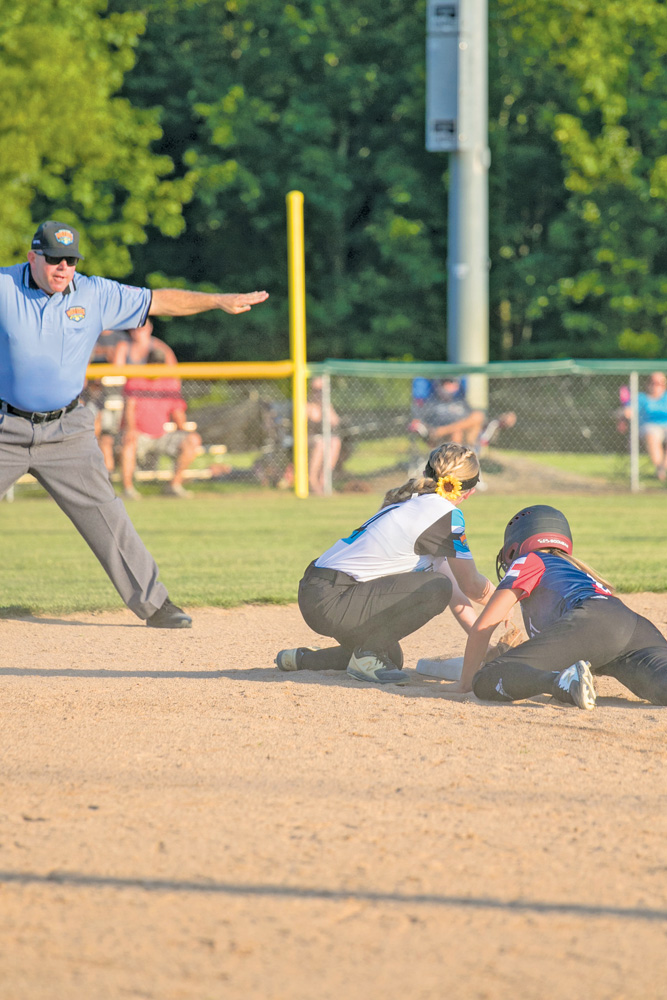 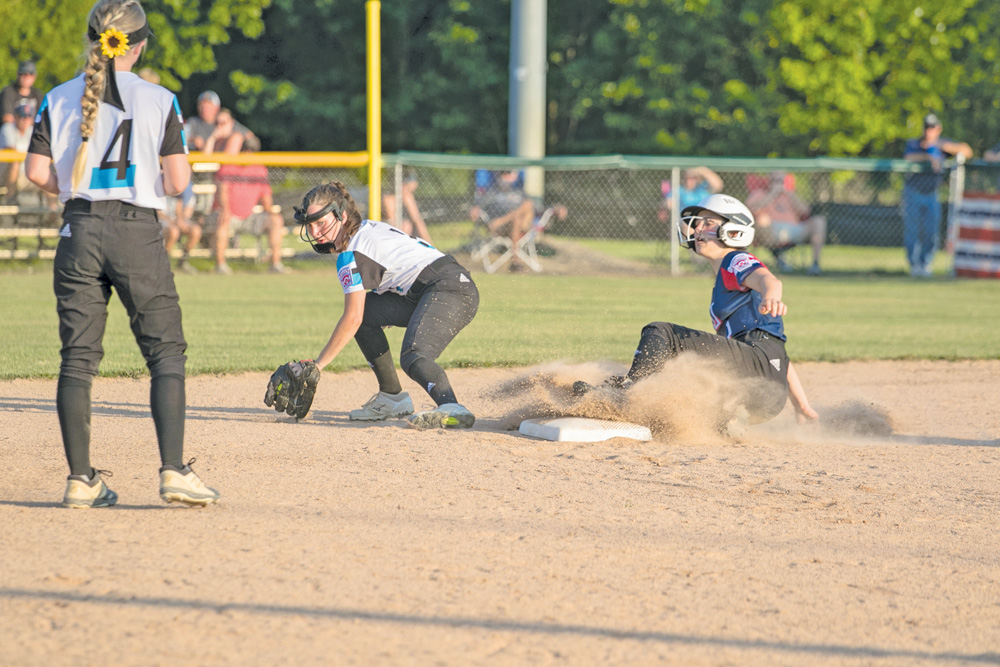 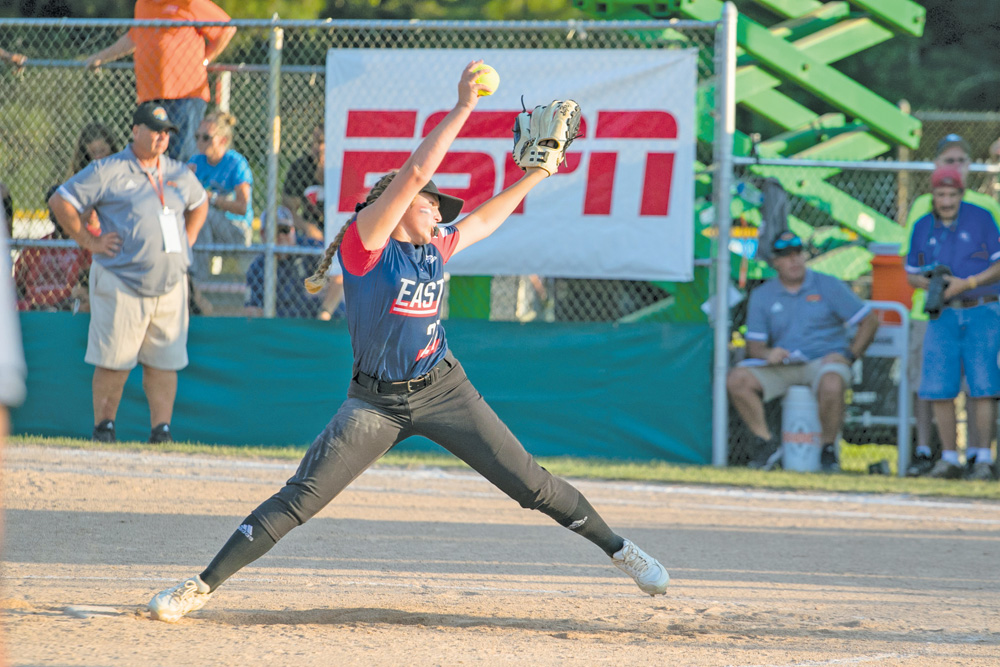 D-3 opens with win over East

Evans fires one-hitter to get locals off to good start

The host team from District 3 — consisting of members from Nanticoke, Laurel and Millsboro teams — jumped out of the gates early in the opening game of the Senior League Softball Little League World Series on Monday evening.

The locals posted three runs in the first inning, thanks to some timely hits and an error by the U.S. East representative from Levittown, Pa.

Couri Smith led off the game with a hard shot to short that was misplayed, allowing the hosts to get their leadoff batter on the bases. Carlie Venables followed with a bunt single to put runners on first and second.

Following back-to-back flyouts — the second of which allowed the runners to advance to second and third — Aryanna Briddell singled to left, scoring both Smith and Venables. Kylee Hill then followed with a double to the gap in left-center that scored Briddell to make it 3-0 and send the local fans into an early frenzy of excitement.

“I think we were a little bit nervous — especially since this was our first World Series experience,” said District 3 winning pitcher Jada Evans, who is a student at Seaford High School. “I think we did really well, and after scoring those three runs in the first inning, I think we were OK. The runs allowed me to be more confident and calm.”

Evans went the first four innings in the circle before giving way to Hill, who finished up the contest. Evans allowed just two hits, and the lone run in the game was unearned. She also struck out seven batters in picking up the win.

Venables finished as the lone player in the game with multiple hits, finishing the night 2-for-4 and the runs scored. Evans, Briddell, Hill, Tatum Otwell and Saige Bullock each collected one hit a piece. Hill also knocked in a pair of runs for the winners.

The East’s three hits came off the bats of Rylee Worthington, Laura Wang and Madison Kavulic. Jennifer Wolak was the hard-luck loser for East, going the distance while allowing just seven hits, with one of the four runs being earned. She also struck out seven.

The hosts were set to be back in action on Tuesday against the Southwest representative from Texas District 9 in Waco, Texas.