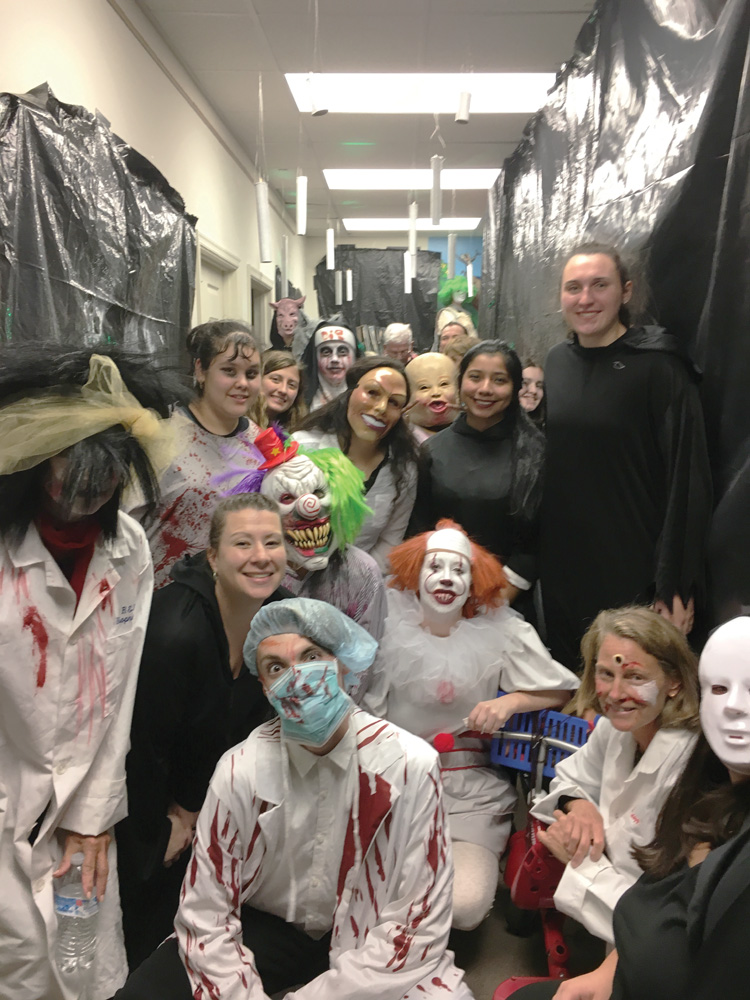 The Selbyville Public Library regrets to inform the public that they are retiring their much-beloved and quirky tradition of The Haunted Library.

Every Halloween for the past 16 years, the library staff, along with a trove of volunteers, has transformed the Selbyville Public Library into a haunted attraction. The feat took months of behind the scenes work and 50-plus volunteers, and welcomed hundreds of children and their families each year.

Last year, the Haunted Library saw just over 560 people walk through their spooky and lifelike scenes, including an intricate morgue and an indoor forest, complete with werewolves. The community loved the attraction, which was offered for free, and allowed for some extra Halloween spirit in a library location fabled to be haunted by former owner, John G. Townsend, Jr.

As for why they are retiring the tradition? “We are really victims of our success,” said Library Director Kelly Kline. “The attraction got so big, that we started having concerns for safety and it’s grown beyond the library’s capacity to house it.”

Kline says the tradition is one that grew since its inception in 2002 by Carrie Lubiniecki under the directorship of Lynn Massey. Over the past 16 years, the event had amazing installations in the name of good fun.

The sets were always evolving and becoming more elaborate, much of it the brain child of Josh Vickers and other volunteers who dedicated countless weekend hours, often beginning as early as July, to make the one-night-only event better each and every year.

When asked to pick a favorite display, well, it’s hard to choose. Last year included a “squeeze room” which was an aisle of the library where inflated tarps were built in so people had to squeeze through the entire space. The engineering marvel required properly venting the blowers so they would produce and hold just enough air as people squished through them. Sometimes simple ideas produced great scares, too. One year a man concealed in a body bag quickly sat up as people exited, causing patrons to run out the door sometimes laughing, sometimes screaming.

Part of the magic of the event was that after the library closed at 8 p.m. on Halloween night, a mad-dash ensued to break down all of the sets and decorations in order to restore the facility to its original, serene state. That meant that a dizzying amount of cleaning and organizing occurred long into the night, and just hours later, on Nov. 1, the library would re-open as though nothing ever happened. Managing this illusion, Kline says, was always a bit awe-inspiring.

“There are so many people who have been involved with the Haunted Library over the years who deserve recognition.” Kline says. The Purnell and Vickers families have been volunteering powerhouses. The Selbyville Police Department also played an integral role in safety by providing an officer on-site for the event for the past three years.

This Halloween, Kline and her staff will be open to hand out candy to trick-or-treaters, and they will be promoting early literacy by including free books as well. While this won’t be the norm every year, it feels like a good fit as a once-beloved tradition goes into retirement, and new opportunities emerge for the Selbyville Public Library.

For more information on all of the wonderful programming available at the Selbyville Public Library, please visit http://www.selbyvillelibrary.org.