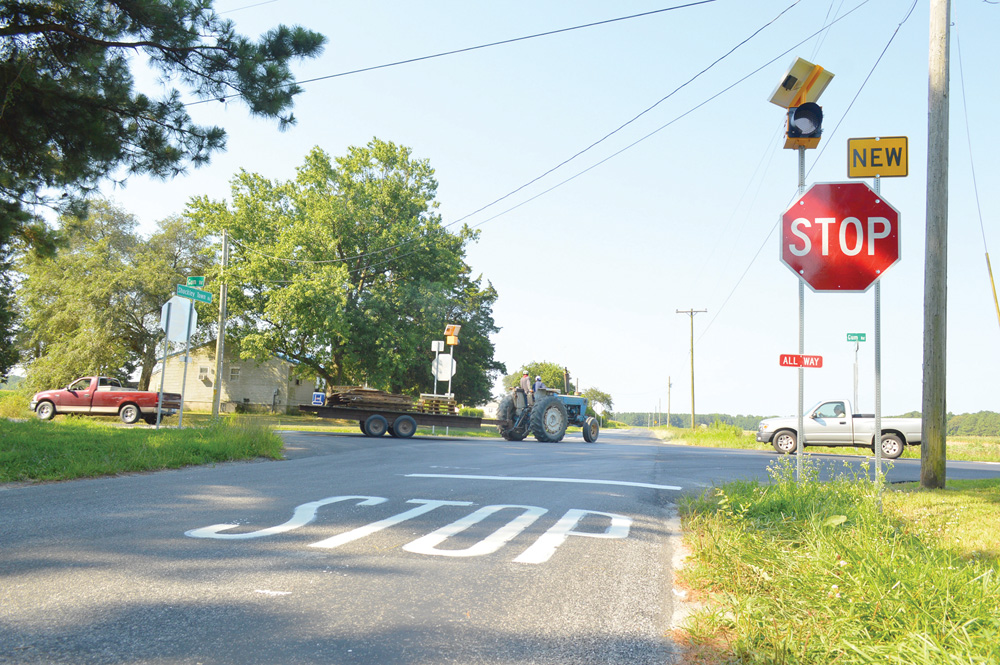 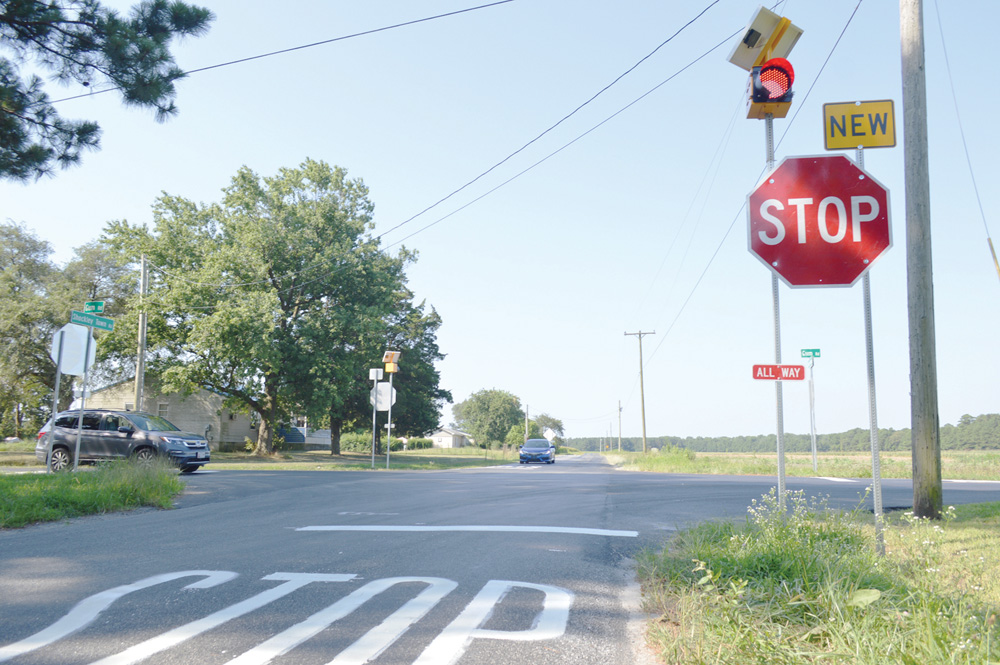 New stop signs have sprung up as the Delaware Department of Transportation (DelDOT) attempts to prevent vehicle collisions near of Frankford.

On July 29, DelDOT installed an all-way stop at the intersection of Gum Road and Shockley Town Road.

“These changes are being made in order to improve the safety of the road system and to reduce the likelihood of future crashes at this intersection,” officials announced.

Gum Road has always had stop signs at that intersection, but now Shockley Town Road will, too. Basic right-of-way laws mean that each vehicle should now come to a full stop at the intersection and then enter the intersection in the order they arrived at the stop sign. When they arrive at the same time, the right-hand vehicle goes first.

Crisscrossing, the two rural roads both eventually connect to Route 20, one passing the River Soccer Club complex and many cornfields, the other only slightly more residential. But this spring, DelDOT reported there had been 10 collisions at the intersection in 36 months. Nine occurred at an angle — typically when a driver passes the stop sign without stopping or fails to yield right-of-way. Only two resulted in personal injury, while the rest were property-damage only.

DelDOT sees traffic at the intersection increasing — and with it, the likelihood of accidents. In fact, many GPS-savvy drivers already rely on this back road as an uncluttered route to the beach.

“Sussex County has seen an increase in all-way stop applications that fall outside a subdivision setting in the last few years,” she added.

“Two of the four conditions for the Alternative Crash Experience Warrant are met for this location, therefore, we are recommending the conversion of the intersection to an All Way Stop,” DelDOT reported.

This isn’t the first time DelDOT examined the intersection.

At the time, there were nine crashes in a three-year period, and they only recommended remedial signage improvements and tree trimming.

Since then, eight more collisions were reported, only occurring between May and September.

“Due to the increase in crashes and previous measures not being corrective,” the experts reexamined “this location to determine if the crash pattern might justify modification of the existing two-way stop controlled intersection.”