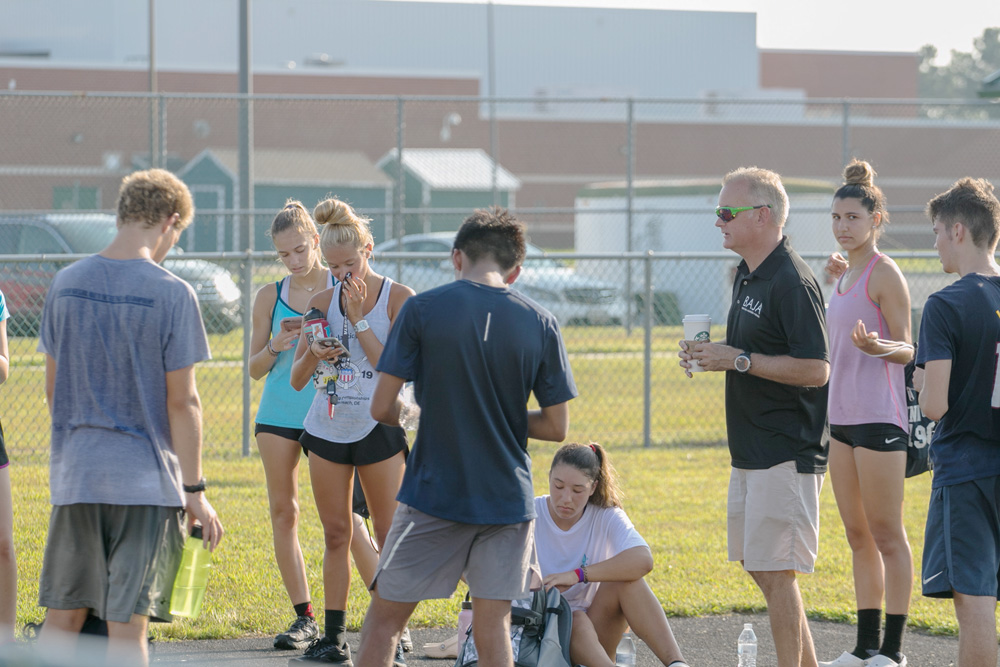 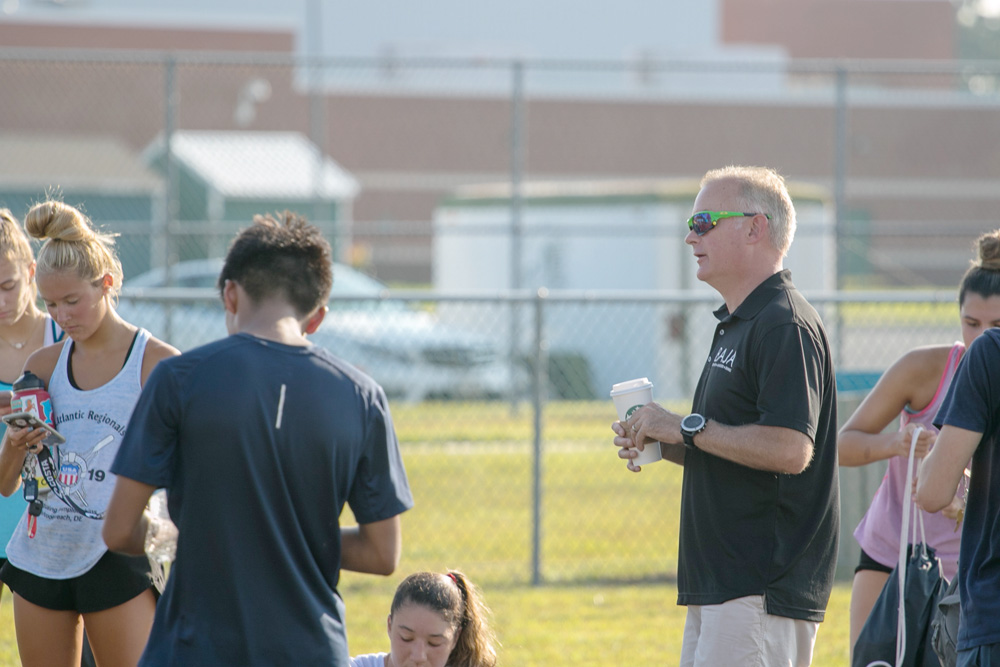 A program that was in need of a jumpstart to revitalize itself may have found just what it needs to get that extra push when it comes down the home stretch.

Rick Hundley, a veteran coach who has been involved in the sport of running for several decades, was recently named as the next head man for both the boys’ and girls’ cross-country teams at Indian River High School.

“I’ve been coaching youth cross-country for the Seashore Striders for 10 years,” said Hundley following his second day on the job, this past Tuesday. “Both my children ran cross-country. I figured I would like to get involved in coaching high school now that my children are older. I was offered the position, and brought on my assistant, Andy White. We are looking forward to coaching the Indian River program.”

White himself was a very decorated and successful coach during his days in Maryland.

“He has a wealth of experience and success at the high-school level,” Hundley added of White. “We will make a great team. Andy is a remarkable guy and will be a huge asset to the program. He’s got a lot of words of wisdom. We don’t want to brag about what we’ve done, but we want the team to buy into our running program.”

Hundley had 17 student-athletes come out to start the preseason workouts and is hoping that the numbers increase as individuals start to return back from summer jobs or vacations, or even come over from other teams.

“We are hoping to grow the program,” admitted Hundley. “Teams that make cuts — we’ll take them. We are not looking to build just great athletes, but great students through athletics, which is the purpose of high school sports.

“It was only the second day of practice, so we are pretty pleased so far. We are about a month out from our first competitive meet, so we are looking forward to growing, looking for numbers.”

Hundley said he envisions the Indians participating in several invitational meets, on top of their mandated dual meets, to prepare for the postseason in both the Henlopen Conference and DIAA competition.

“It’s a team sport, and we really enjoy that aspect,” Hundley concluded. “We are building base miles right now early on here. We don’t want them fast now. We want them fast in November. We are going to lose some battles along the way, but we are looking to win that war when we head up to states in November.

“My runners are going to set the goals. We are gonna let them set their goals. They know — as experienced runners — where they want to go. The younger runners understand that as they work they will become better runners. Our goal is to help those kids set attainable goals and reach those goals. A lot of these kids have never run before, and those are the things that we are working to help them understand to become runners.”

While he himself doesn’t run as much as he used to, Hundley has done quite a bit in the running game, including helping to operate the Seashore Striders, as well as completing the Boston Marathon.

The Indians — under the guidance and tutelage of Hundley and White — will open their 2019 campaign on Wednesday, Sept. 18, with a dual meet against Early College High School, at home, beginning at 4 p.m. Two days later, they will participate in the Middletown Invitational at St. Andrews School, with Caravel Academy and Middletown.