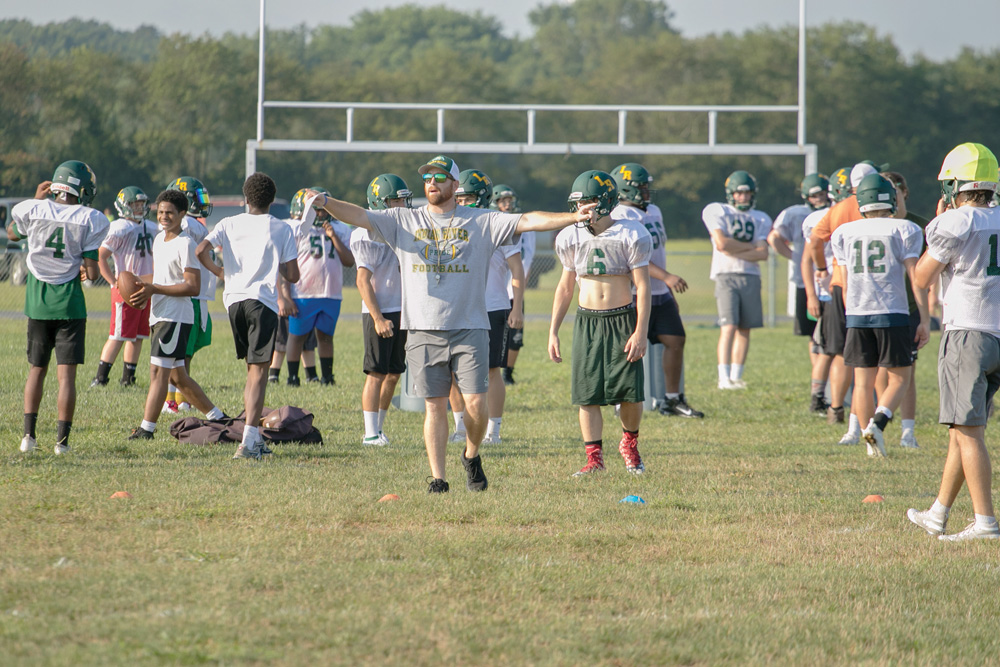 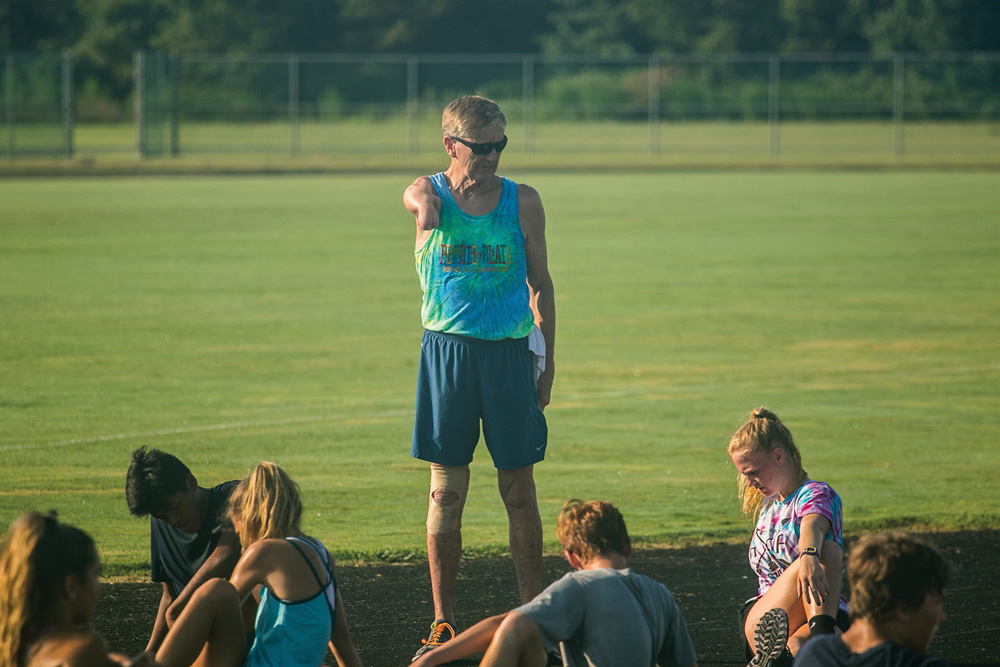 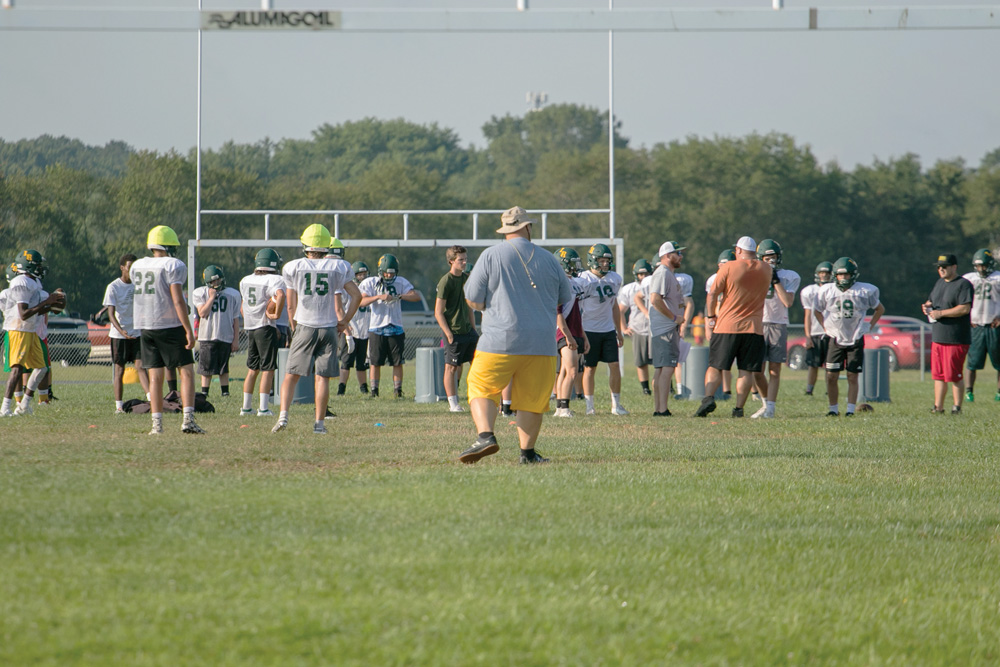 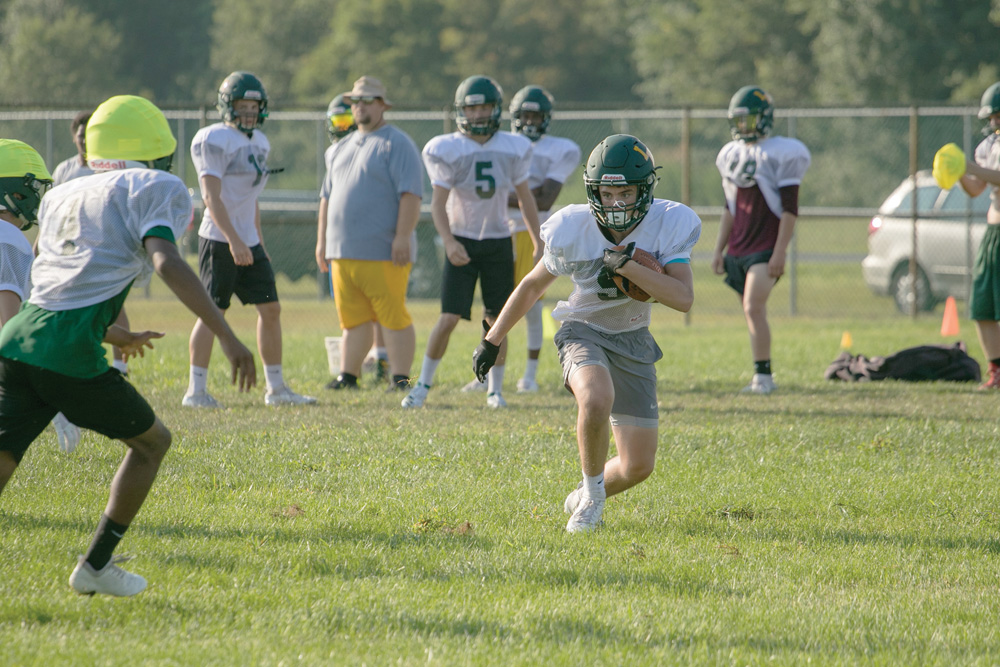 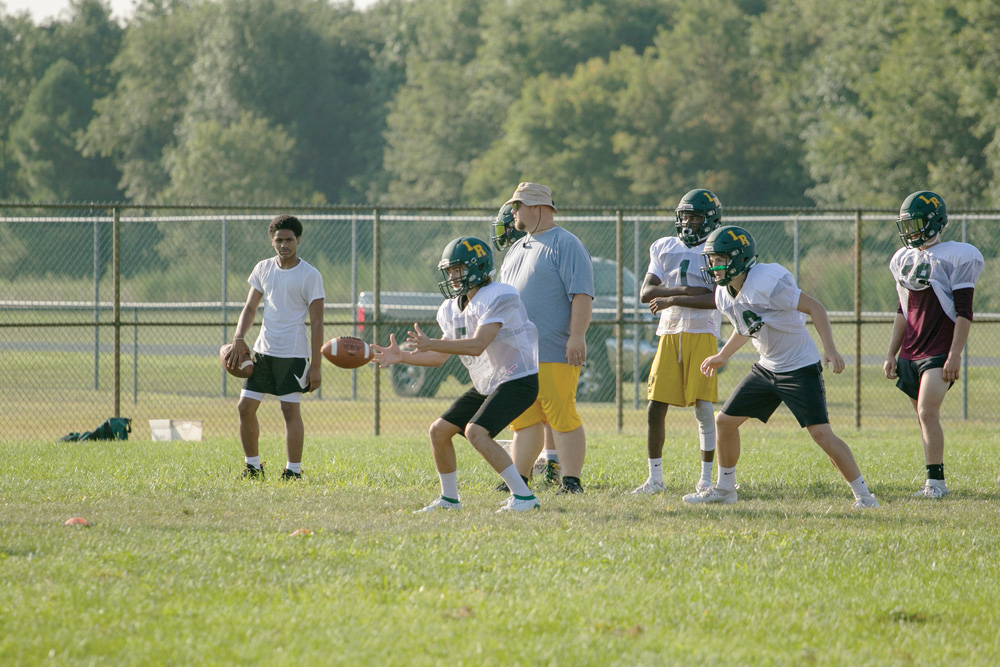 As new season begins, Indians focused on long grind ahead

The sounds of whistles echoed throughout the air on the ground of the Indian River High School athletic fields this week as coaches welcomed their student-athletes to the fields and gym for the start of the 2019 fall sports season.

Four returning veteran coaches and a new program leader are looking to use the early-morning practices to begin developing their teams for the next three- to four-month grind, with hopes of many days and nights of success. Who knows —  maybe even a championship as well?

Head coach Jodi Stone said she was thrilled with the first two days of practice for her field hockey team. The Indians had a phenomenal year in 2018, with a 10-6-1 overall mark and a berth in the DIAA second round.

“We’ve had a great first two days, absolutely wonderful — probably the best two days I’ve had to start a season since I’ve been coaching,” said Stone, who is in her seventh season as head coach of the program. “I think the weather has a lot to do with that. It makes it more pleasant for the players — especially because it’s not hot and humid, and makes it easier to wake up in the morning to go to practice. We’ve done a combination of everything … evaluating the skill set of the players coming in and returning, and conditioning, of course.”

IR will participate in a scrimmage play day at Cape Henlopen on Saturday, Aug. 17, starting at 9 a.m. A total of 16 teams, including the Indians, will play several games throughout the day on the turf in Lewes.

There’s a new face that runs the place for the IR cross-country program, and his name is Rick Hundley.

Hundley is hoping that they can begin to grow the program, especially when the school’s other sports possibly cut from their teams.

“We want to grow the program,” said Hundley, who saw 17 kids out the first two days to start the season. “Teams that make cuts, we’ll take them. We aren’t looking to create just great athletes, but great students through athletics, which is the purpose of high school sports.

“We are building base miles right now, early on here. We don’t want them fast now. We want them fast in November. We are going to lose some battles along the way, but we are looking to win the war when we head to states in November.”

With almost a month to prepare for their first meet, when they’ll host Early College on Wednesday, Sept. 18, the Indians have plenty of time to get themselves conditioned and ready for the season.

The football team wasted little time in getting their chinstraps snapped and shoulder pads strapped on as they went full gear on Day 1.

Following a disappointing 3-7 season in 2018 that saw injuries galore decimate several talented players from their roster, head coach Phil Townsend is hoping that the experience the young players received last year will benefit them in 2019.

“It’s been a great three days,” Townsend said. “What’s great about it is that we are staying with the same offensive and defensive schemes, so we can hit the ground running. We are just trying to get the new guys and freshmen up to speed on things right now as we prepare for our first scrimmage on Saturday.”

The biggest issue for IR will be replacing their starting quarterback from a year ago, with Tyler Bowen missing this season due to an injury suffered during the baseball season.

“We have some guys in the mix that are all battling for the spot,” Townsend said. “We have an offense that is very detail-oriented. We have five or six guys all battling it out, and we will get a little clearer picture on things after the scrimmage.”

The Indians’ scrimmage on Saturday, at First State Military Academy, starts at 10 a.m.

The IR girls’ volleyball team got things going right out of the gate on Monday as they look to build off the success of the past two seasons. Head coach Jim Barnes and assistant Jay Clark welcomed a strong showing of new and returning girls out for the start of practice.

The Indians will open their season with a scrimmage on Wednesday, Aug. 21, at James M. Bennett High School in Berlin, Md., at 4 p.m.

The perennial success of the Indian River boys’ soccer program will look to continue, with veteran field general Steve Kilby welcoming a large group of players out for the start of practice on Monday.

The Indians are scheduled for a scrimmage this Saturday, Aug. 17, at the Delaware Turf Sports Complex. They will also participate in a scrimmage play day at Cape Henlopen on Saturday, Aug. 24, starting at noon, featuring 16 teams.