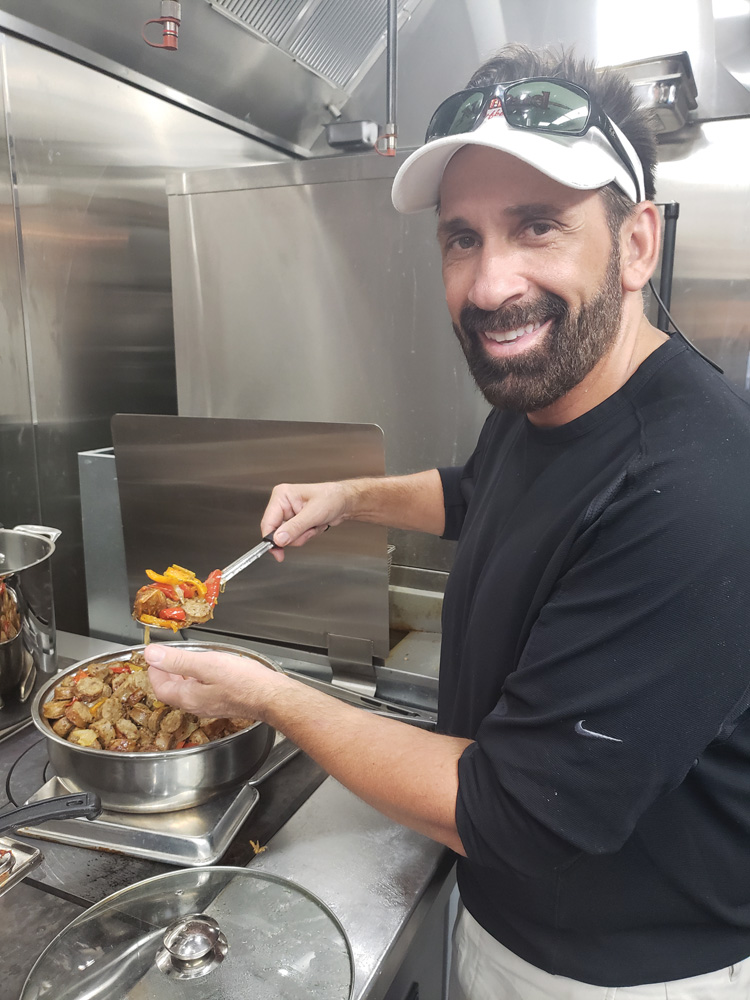 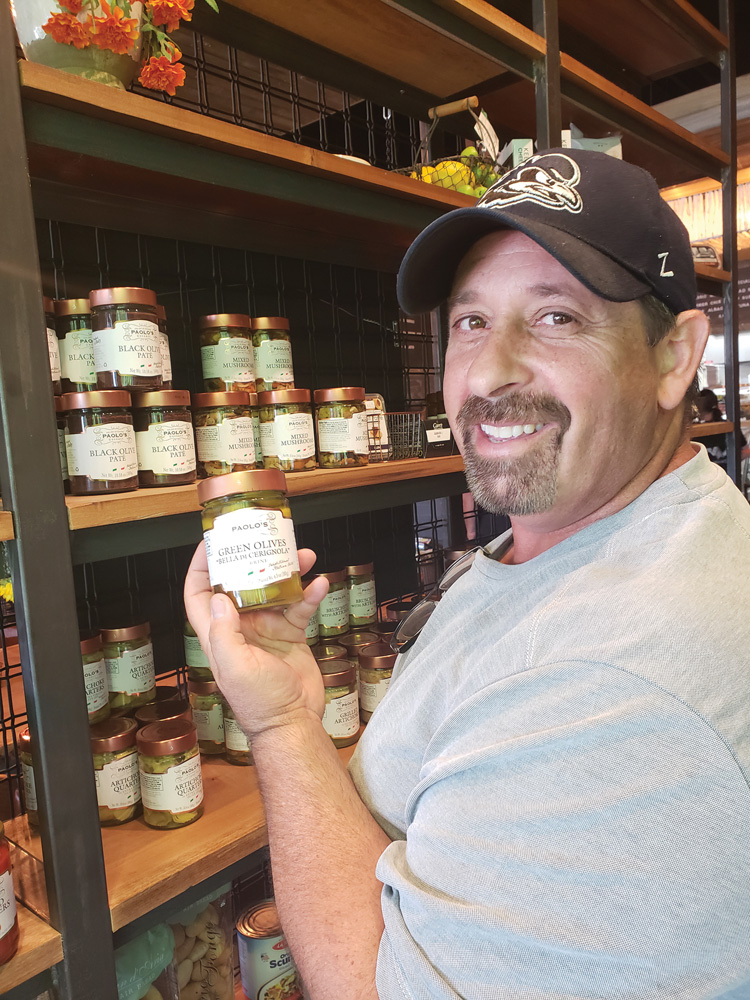 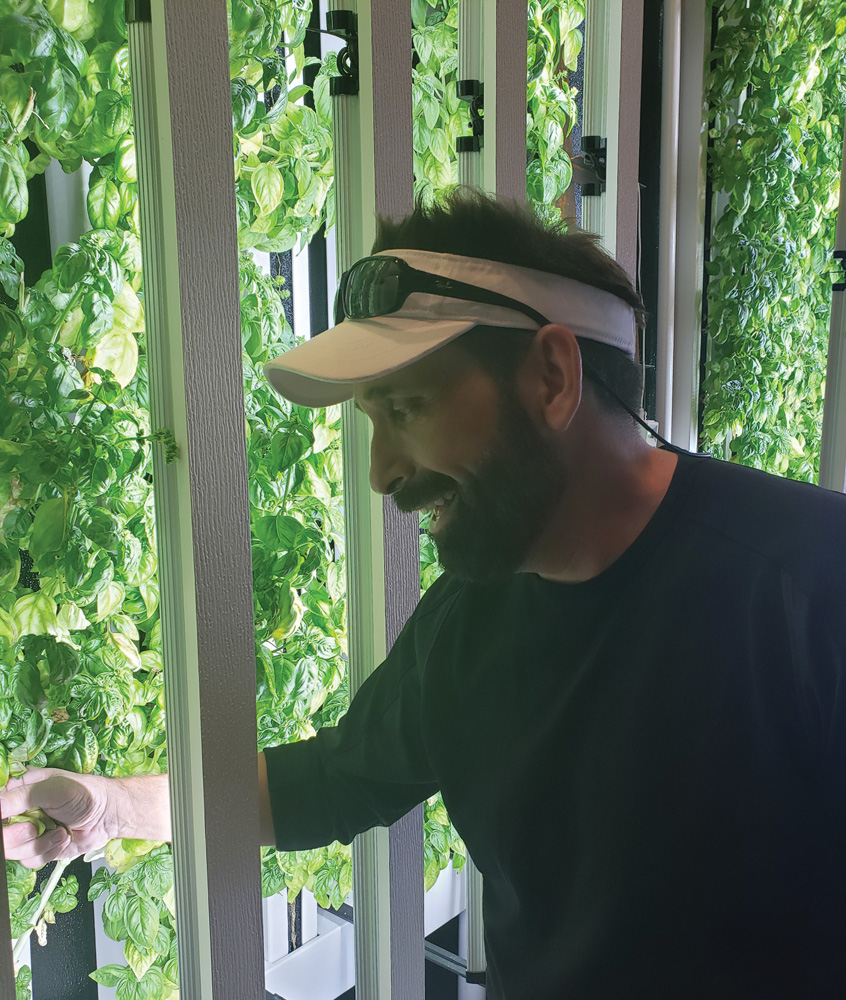 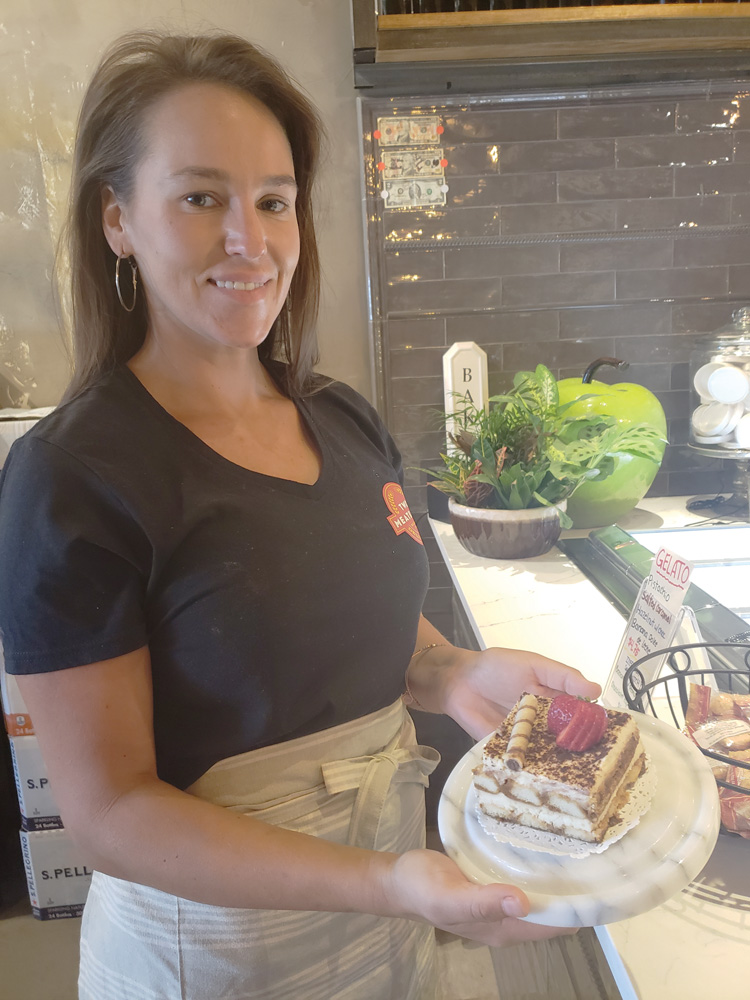 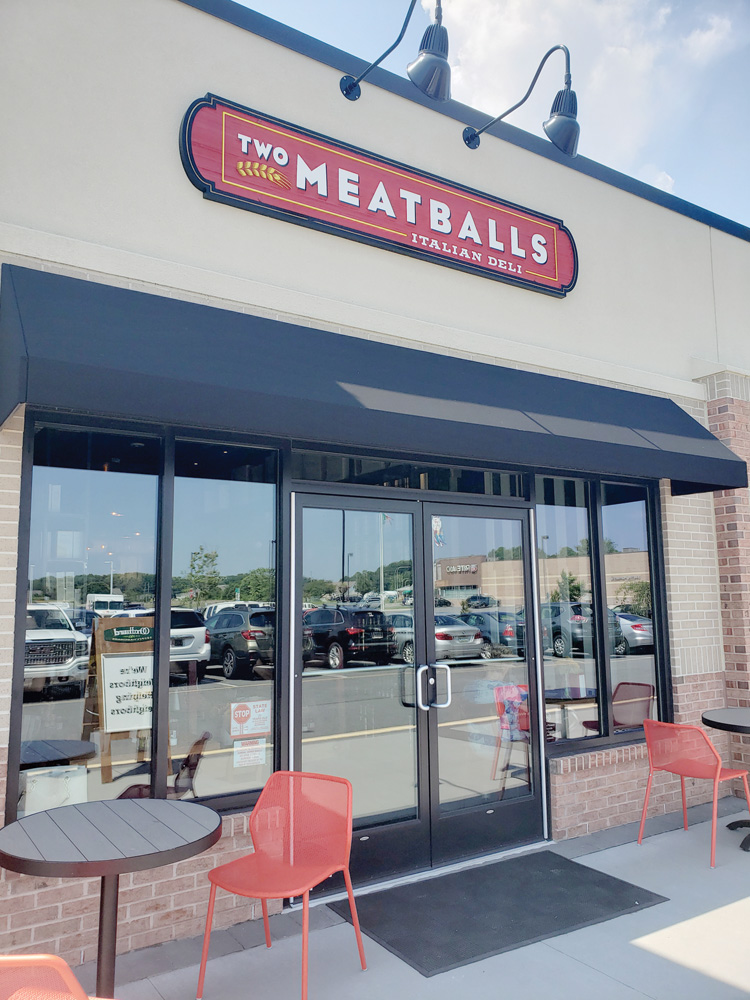 Hungry customers dining at Two Meatballs Italian Deli generally don’t know the new Long Neck restaurant was named, with a twist of humor, for the brothers who own it.

If it was mentioned to a customer enjoying a big sub, on fresh bread from New York with Levoni meats imported from Italy, he might smile and nod, but his concentration would be on the tastiness, straight from family recipes.

“Look — look around. You can see everybody finishes everything on their plates. All that’s left is the waxed paper,” said a jovial Artie Ercolino, who opened the restaurant with his brother, Vinnie — a chef who studied culinary arts in Italy. Also working with them are their sister, Linda, and Nine Vietri, the vice president of the company, who also cooks and fashions desserts, such as tiramisu and cannoli, from scratch.

Just inside the entrance, there’s a unique vertical garden of basil, hydroponically grown, robust and fragrant, with healthy young sprouts. Every day, it’s picked and used to flavor recipes, and customers admire it.

Located at 36932 Silicato Drive, in the Taormina shopping center on Route 24 in the Long Neck area, Two Meatballs features nepitella (an herb that tastes like a mixture of oregano and mint), USDA-certified angus beef, fresh garlic to go along with that basil and, “a lot of heart, a lot of soul,” Artie Ercolino said.

“The goal is to bring real Italian to people. This restaurant was my idea. It’s family. This is not corporate. We’ve been coming down here 12 years, and we always said, ‘Maybe someday we can open our own store.’ We signed the lease last July. It took a year to build it out. It’s all my brother’s design. He’s really a genius when it comes to that,” Ercolino said.

“The phone is ringing off the hook while we’re working,” Vietri said.

“We don’t have to advertise. It would be crazy for us to advertise. We can’t handle what we do now,” Ercolino said, exaggerating a little in his New York accent.

Originally from Astoria, N.Y., he grew up in Long Island and retired from work as a teamster foreman. His brother retired after 28 years as personal cook for a prominent family, and the brothers have now embarked on a new career in the restaurant and catering business.

Customers eat outdoors, at tables with bright red chairs that match the restaurant sign, and indoors, at individual tables, as well as at the long one Ercolino calls “the Community Table.”

“People who don’t know each other sit down and start talking to each other. I’ve seen them actually share their food,” Ercolino said.

Two Meatballs carries beer and wine, as well as Long Island-brand non-alcoholic iced tea and Italian sodas. Hearth-baked bread is from New York and can be purchased by the loaf. Vinnie Ercolino makes sauce, both with meat and a nice marinara, insisting it meets his high standards.

“There’s a secret ingredient in all the stuff we cook. It takes it to the next level. Vinnie makes his own pizza sauce, too. We use the best ingredients,” Arnie Ercolino said.

Brother Vinnie was in the kitchen, stirring a pot of sausage and peppers, but took a minute to estimate that they’re selling 400 to 700 meatballs every day, with four in a sandwich, and to credit his late mother, Dolores, for the sauce recipe he cherishes.

“It’s made from tomatoes, of course, with basil and a lot of love,” he said, smiling.

“People like the meatballs and the pizza. They like the Italian hoagie with prosciutto, capicola, salami, provolone. It’s sliced nice and thin, so it’s ribbons of meat,” he said.

“We’ll have specials, like braciole and Italian stuffed peppers,” Vietri said. (Braciole consists of slices of meat that are pan-fried or grilled in their own juices or olive oil.)

Among the desserts are gelato in flavors including pistachio, banana and chocolate; tiramisu made with an Italian liqueur; cannoli; and sfogliatella, a pastry clamshell filled with Italian cream.

Two Meatballs is open from noon to 8 p.m. Tuesday through Sunday. On Market Monday, customers receive 10 percent off purchases and can buy a $125 ticket for Chef Vinnie’s weekly dinner and wine pairing. See