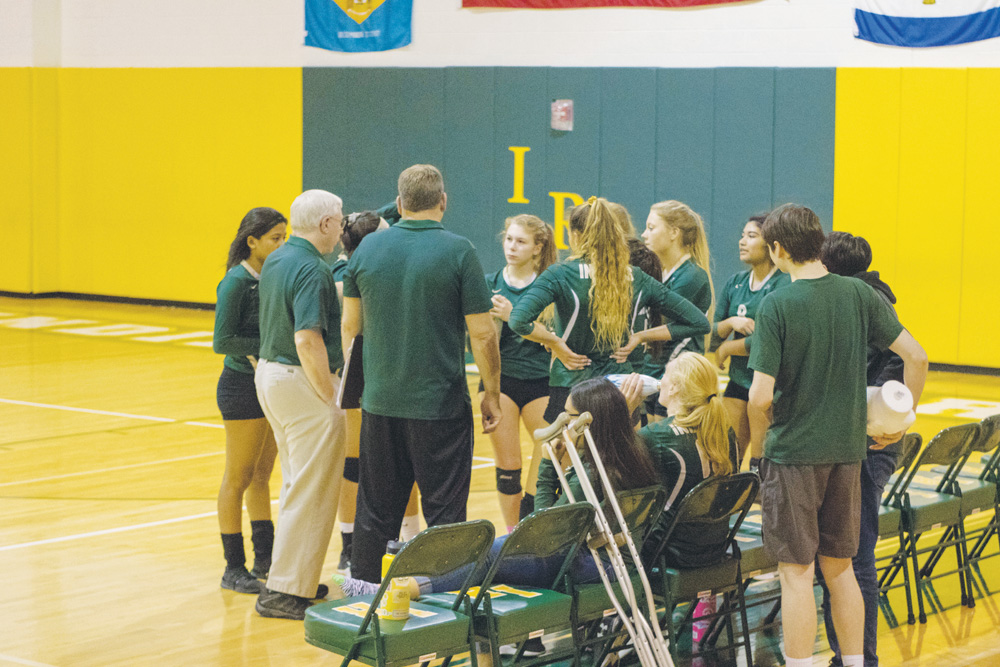 The popularity of volleyball has been growing by leaps and bounds, and that popularity has generated some impressive talent that is set to take the court this season for the Indian River High School girls’ volleyball program.

Head coach Jim Barnes is back for his fifth season at the helm of the IR team, and he said he is very excited about the prospects and opportunity for success this season and into the future.

“We have everyone back from last year, and have a good and talented group of freshmen joining us this year,” said Barnes, who will once again be assisted by Jay Clark on the sidelines. “The girls are working very hard, and are currently competing for positions. They will continue to do so as we get ready for the season.”

The Indians went 13-5 last season, including their postseason competition, which saw them make it to the second round of the DIAA tournament. They won the Henlopen Athletic Conference South Division title along the way, and defeated Appoquinimink in the first round of the state playoffs.

Barnes will have some difficult decisions to make regarding the overall makeup of the roster, thanks in large part to the returning players and an impressive group of very talented freshmen who are looking to make their mark on the program.

The biggest name among that group is Camryn Ehlers, sister of Raychel. The two siblings play competitive volleyball year-round, including many two-player tournaments on the beach throughout the summer.

“We have a bunch of freshmen and others that are too long to list but will be exciting to coach and watch grow,” continued Barnes. “We have a good group of talented freshmen, and some others that are moving up.”

The Indians will open their regular season on Saturday, Sept. 7, with a road trip north to take on state power Ursuline Academy. They then have a four-game home stand that features Cape Henlopen (Sept. 10), Sussex Academy (Sept. 12), Red Lion Christian Academy (Sept. 14) and Delmar (Sept. 19).

“It’s an exciting time for IR volleyball,” Barnes added. “We have changed our schedule to play some higher-level teams. Our schedule is more difficult, starting with Ursuline. It should be a good and exciting season. Our goal is to win the Henlopen South again, and, hopefully, win the conference title.

“We want to continue to win against teams that we have beaten recently but weren’t able to in the past, and get a win against a team that we have not beaten — Smyrna. We would like to win a second-round state tournament match and be top 10 or better in the state.”

With the strong mix of returning veterans and talented freshmen, it truly could be an exciting season to watch the Green & Gold on the hardwoods.