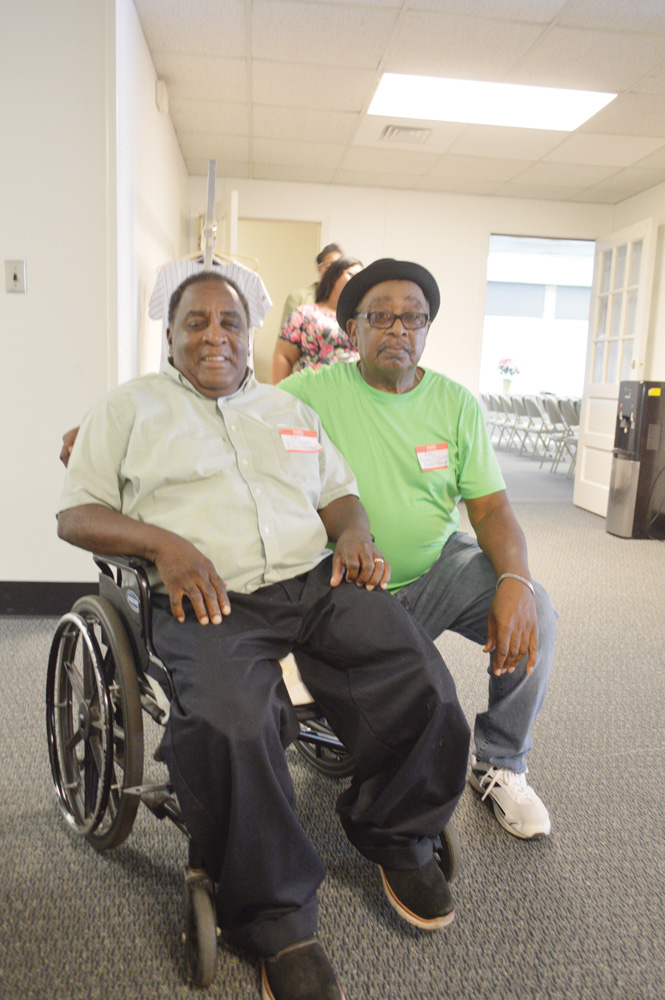 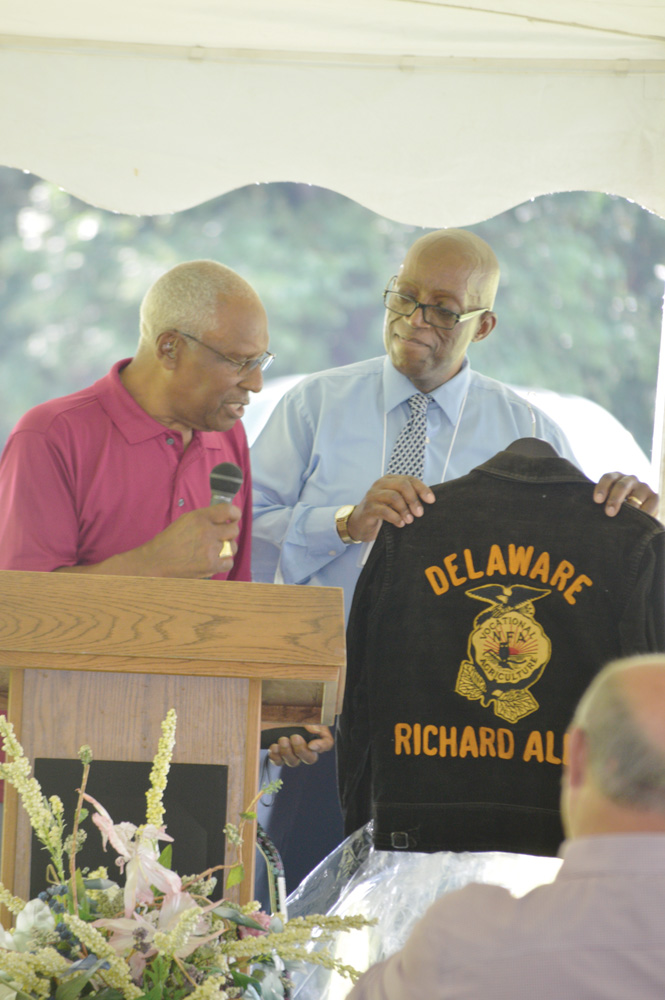 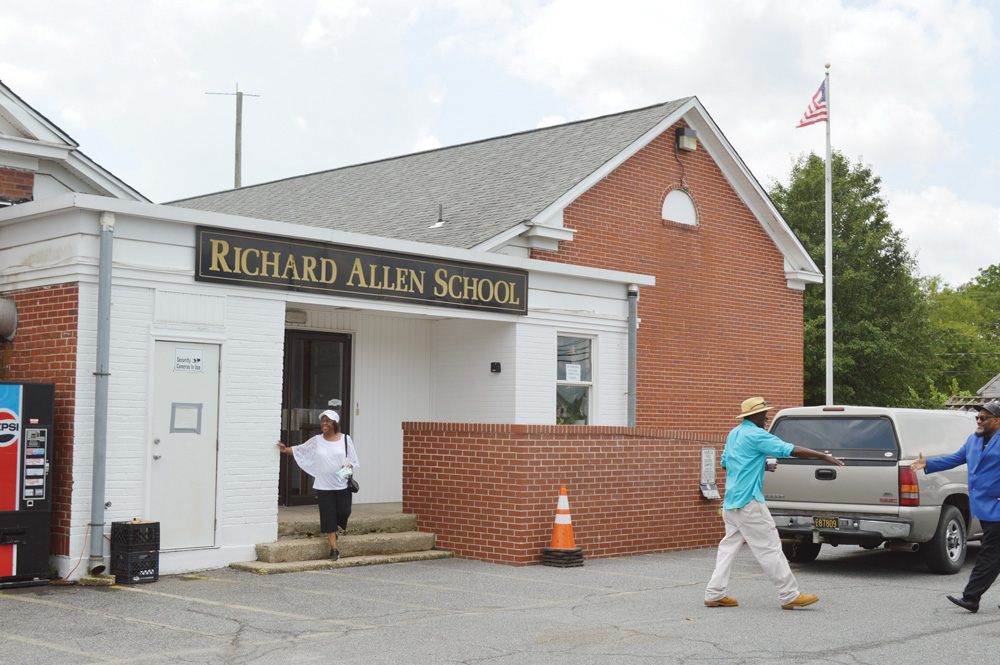 'What we knew in our hearts'

This summer, when a 96-year-old schoolhouse was added to the National Register of Historic Places, it was a celebration of community, but also a reminder that Delaware long resisted racial equality for schoolchildren.

In Georgetown, the Richard Allen School was long a beacon of hope and a center of unity for the African-American community. In their mission to keep that legacy alive, Richard Allen Coalition volunteers aim to rehab and reopen the old building as a museum and community center.

But on Aug. 8, with a full house under sunny skies, they paused to celebrate the national historic designation of 316 Railroad Avenue.

“It’s high time for this to be recognized as a historical site. It’s always nice to have something that’s left for our kids so they can see what it used to be like,” said Walt Smith, former school coordinator from 2000 to 2006.

“This school represented the history of the African-American population in Georgetown,” said Jane Hovington, coalition president. “Our children don’t know about this history. They don’t know what their forefathers went through. They don’t know the things that happened here, the games that were played on that field, the families coming together in unity … get this school opened up so young people can come in here and learn.”

“We’re trying to make this a historic place, but it takes a lot of money. That’s why we’re doing so many things,” such as the big annual gala, held the first Saturday in February, said alumnus Harry Crapper. “We plan on making this a nice place.”

“Many hands make light work. … There was a time we could barely walk in [there] because of the mold and debris,” said State Rep. Ruth Briggs King, a former parent at the building. “This is a site for history to live and breathe, because we learn from history, and we do better when we can understand it.”

“And in the world today, that’s what we need more than ever — to bring people together, rather than separate us,” said state Sen. Brian Pettyjohn.

For one local church congregation, the site is already an active space. The Restoration Worship Center hosts regular services, as well as a free luncheon for senior citizens one Thursday each month. (For details, call the Rev. Tambara Stewart at (302) 344-6849.)

Memories of an old time

The school opened in 1925 and was renamed in 1946 to honor Richard Allen, an African-American minister and 1816 founder of the African Methodist Episcopal (AME) Church.

Although the board includes black and white volunteers, native Delawareans and transplants, the Richard Allen School is particularly special to the black students who attended in the mid-1900s.

“We got hand-me-downs. We got books without backs on ’em,” said alumnus Solomon Henry. “You can get your education in a chicken house — but once you get it, they can’t take it away from you.”

“These teachers were also like parents to us. … The first priority was education. They weren’t for any foolishness,” said Peggy Truitt, who started first grade there in 1951. She also has beloved scars from sliding into first base or trying to catch a softball without a glove.

“They taught us character. They taught us how to treat people the way we wanted to be treated,” said the Most Rev. Roland Mifflin, another alumnus.

After class, the school grounds were a place for families to hang out, talk, play ball or watch local Negro League games.

“Today we formally mark what was in our hearts: that Richard Allen School is a place of historical significance, not just for the town of Georgetown, not just for the state of Delaware, but for the entire United State of America,” said Tim Slavin, state historic preservation officer.

The National Register of Historic Places is the United States government’s official list of districts, sites, buildings, structures and objects deemed worthy of preservation. The U.S. Department of the Interior accepted the Richard Allen School onto the Register on June 20. Delaware has roughly 700 historic listings, including about 150 in Sussex County, with 22 in Georgetown alone, including old houses, homesteads and the courthouse.

Helping with the application were Madeline Dunn of the Delaware State Historic Preservation Office and former Delaware State University professor Robin Krawitz, who involved DSU students in the research.

A legacy built, despite segregation

Delaware was a border state, so racist sentiment endured after the Civil War, down to the reported assault of black teachers in local schools. Along with Delaware’s generally weak investment in public education, black children had significantly fewer opportunities for a quality education.

Instead, businessman Pierre S. du Pont decided to modernize the educational system for all of Delaware children, including African-Americans. He funded construction of modern schoolhouses statewide.

“We were fortunate Mr. du Pont had a foresight, knowing that people of color could do things besides working the fields and in the kitchen,” said Solomon Henry, who started school in 1939.

Construction started in 1923 on the Richard Allen School, which was originally called Georgetown Colored School and Georgetown School #223C (“C” meaning “colored” in state records). The brick schoolhouse opened for the 1925-1926 school year.

Delaware had a long record of state-sponsored inequities. Although well-intentioned, du Pont’s project reinforced Delaware’s racially segregated education system. Despite the U.S. Supreme Court deciding in 1954 that “separate but equal” is an unconstitutional system, Delaware was slow to move forward.

The original two-room schoolhouse was doubled in size in 1954, now featuring indoor bathrooms, a teacher’s/principal’s office and a lunchroom, with various additions and outbuildings in later years.

The Richard Allen School taught students up to grade 8, and later to grade 11. Black teens could only earn degrees in Dover or Wilmington, and eventually at William C. Jason Comprehensive High School in Georgetown.

(Meanwhile, the elegant 1929 brick schoolhouse that served white children, grades 1 to 12, would later become an Indian River School District high school and now middle/elementary school. That building was valued at 50 times the nearby “colored school.”)

In 1966-1967, when integration finally occurred in Sussex County and statewide, the Richard Allen School was renamed East Georgetown Elementary School and served various elementary children of all races.

Folded into the Indian River School District, the building was again renamed the Richard Allen School and used as the district’s alternative school. It finally closed in 2008, when the IRSD moved that program elsewhere.

In 2011, the Boys & Girls Club of Delaware was allowed to have the surplus property. Finally, the Richard Allen Coalition took over, in 2015, with their mission to breathe new life into the historic place.