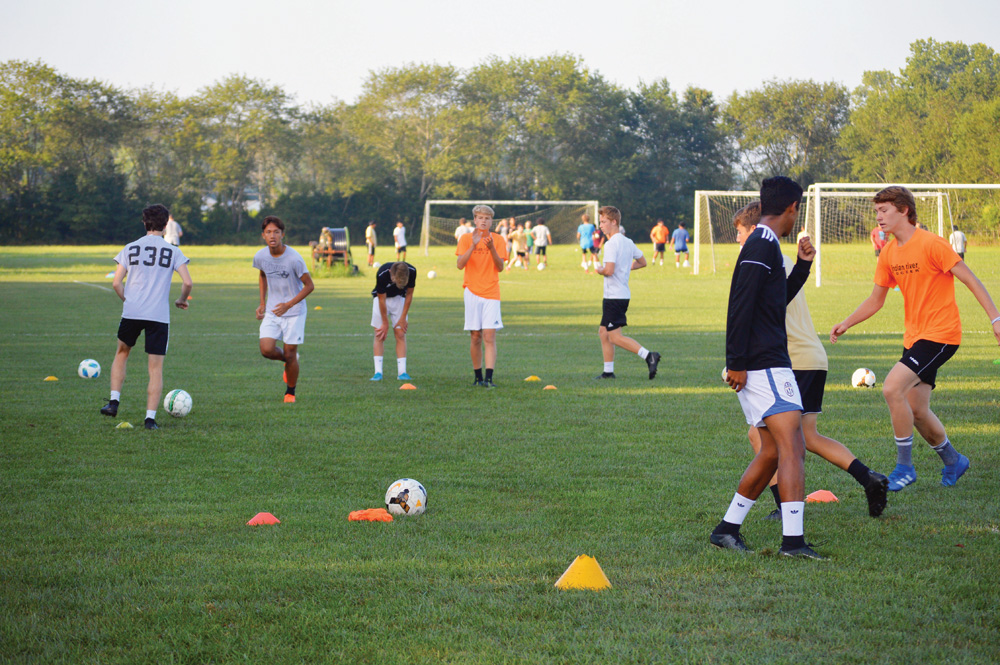 The Indian River High School boys’ soccer program is a perennial state and conference power. Come August, when practices begin, soccer fans can almost certainly count on the Indians being at or near the top of the Henlopen Conference South Division standings, with a berth clinched in the DIAA Division II state playoffs.

This year, however, could be a little tricky.

Gone are some very important pieces to the IR backline of defense, thanks to graduation, in Luke Morgan and Luke McCabe, as well as goalie Zach Neal. The offensive attack also took a hit with the graduation of Juan Linares and exchange student Yves Graf returning to his native country in Germany. Graf was among the team’s leaders in goals and overall points a year ago.

The Indians went 15-4 last year and clinched yet another South Division title, with a berth in the Henlopen Conference championship game that they ultimately dropped to Caesar Rodney. They advanced all the way to the DIAA D-II state semifinals, where they once again faced — and were eliminated by — their nemesis, Caravel Academy.

All that aside, the Indians still have quite a crew back that has plenty of experience to continue their program’s success, and will look to integrate a trio of talented freshmen into the mix.

Back for IR are senior Alex DiLuzio and a slew of juniors, in the form of Jared Cordoba, Josh Bird, Jax Cathell, Erick Aguilera Baruch, Willem Lambertson and Eddie Mochiam. Cordoba led the team in goals and overall points in 2018, and will look to continue to carry the load offensively with DiLuzio up front.

Junior Bastian Perry should slide in seamlessly as the team’s new net-minder this season.

“We will be looking at our captains to lead, pull and push this group and help us to improve,” said veteran head coach Steve Kilby, who is in his 14th season at IR. “This may one of the best freshmen classes we have had come in as a whole. We have some very good young guys with strong club backgrounds with outstanding futures. They already exhibit a level of maturity and understanding as a whole.”

Among those freshmen are Jordan Illian, Caleb Galbreath and Evan Peterson, whom Kilby is expecting contributions from on the varsity team.

“This team has a lot of youth and inexperience in it, so it will interesting to see how it grows over the season,” Kilby added. “That is not to say that there is not any talent on the team, because we have talented guys in the group. They have tremendous potential and have a huge upside. They have shown growth since day one and are working pretty hard to improve as a group.”

The Indians will open their 2019 campaign with a home game against Our Lady of Good Counsel, from Maryland, at 3 p.m. on Saturday, Sept. 7. Their very next game is a rematch from last season’s Henlopen Conference championship clash with Caesar Rodney, at home on Tuesday, Sept. 10, at 6 p.m. They will then go on a four-game road swing to finish out the September portion of their schedule.