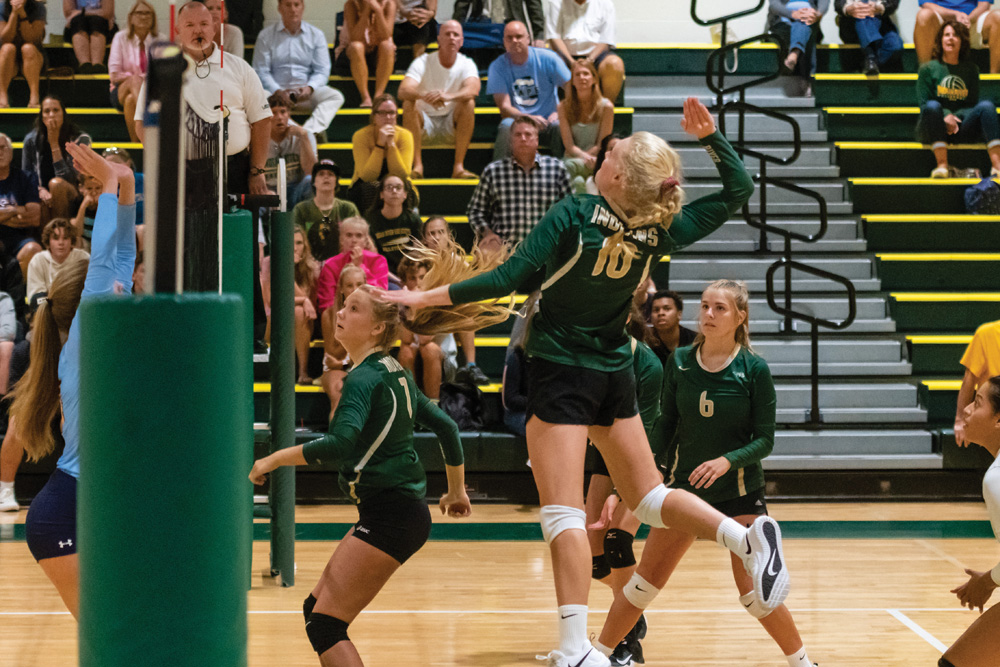 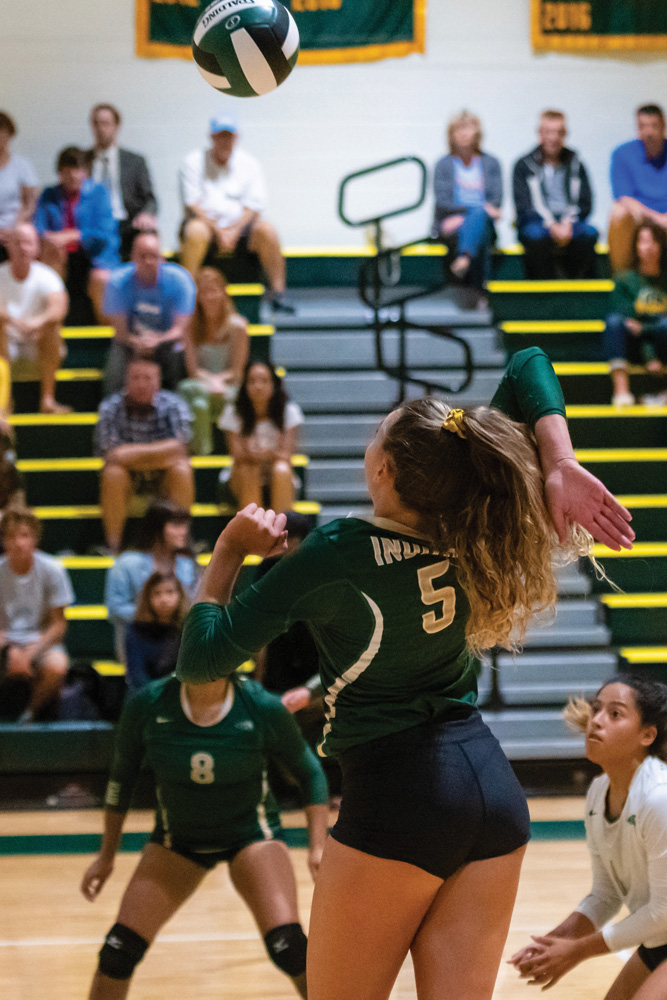 With a team loaded with talent — balanced across the board — the Indian River High School girls’ volleyball team has high hopes for their season.

“We are a good team, but we didn’t play to our capability,” head coach Jim Barnes said. “It was nice to get a win against Cape Henlopen. I don’t take that for granted. Our team has improved, but we can definitely play better than we did. We will need to play better if we want to win against other top-level teams.”

The “play better” part of Barnes’ assessment could be attributed to the unforced errors the Indians had on their serves throughout the match. Several times, IR rallies were ended due to an errant serve, or momentum from a big play was thwarted because of a miscue.

But that is sports, and good teams find ways to get through those moments over the course of a game or match.

Such was the case Tuesday, Sept. 10, against Cape.

Jessica Amezcua — a senior co-captain — posted 11 digs to go along with six aces and four assists. Freshman Camryn Ehlers was a setting machine, with 16 assists. She also contributed eight digs, two kills and an ace.

“We certainly need more energy in our matches,” Johnson said. “We have a lot of talent, and we are a good team. We cannot play down to our competition. We played very well against Ursuline, but the score didn’t show that. We won [Tuesday] but didn’t play as well as we could.”

Amezcua posted a match-high 20 digs, while Raychel Ehlers also had a match-best 13 kills. Amezcua added an ace and an assist to her ledger. Ehlers included nine digs, two blocks and an ace in her performance.

Johnson contributed six kills and a pair of digs, while Camryn Ehlers turned in 12 assists, eight digs and an ace for the match. Chavez chipped in with eight assists, and Macedo added five digs.