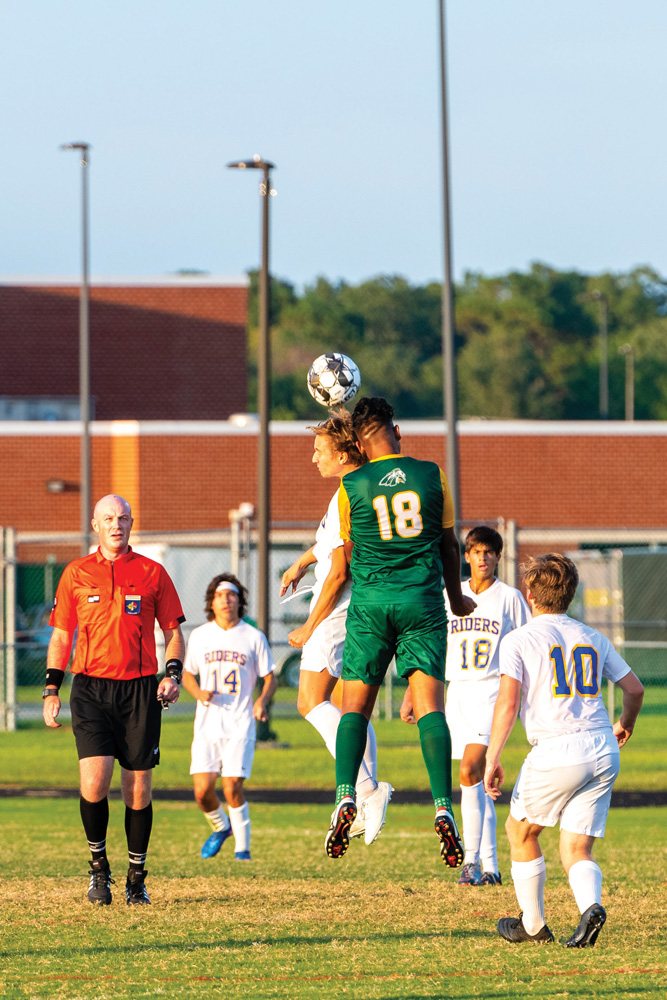 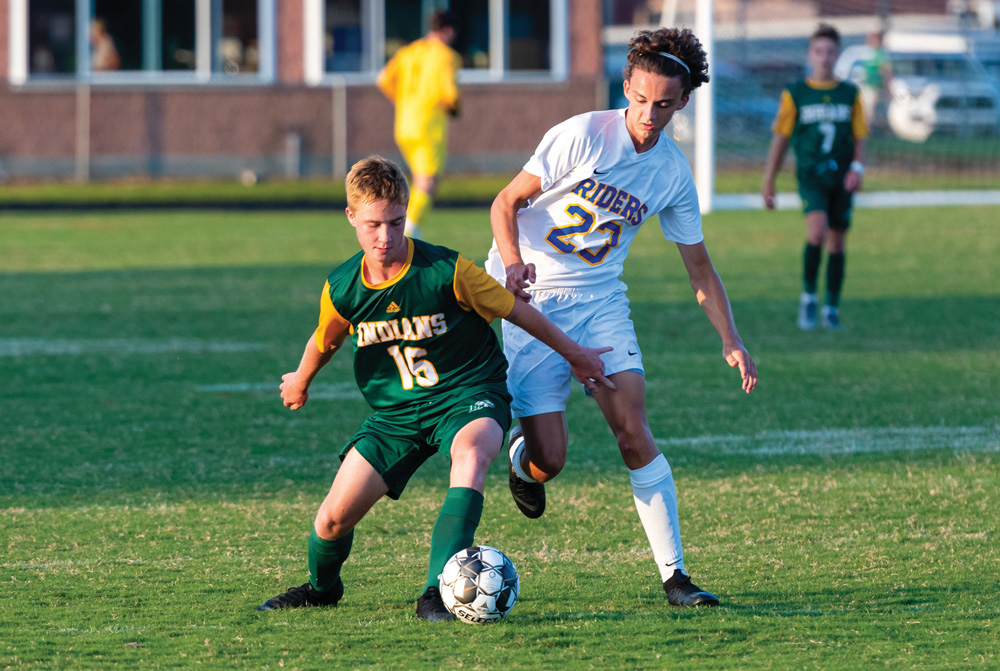 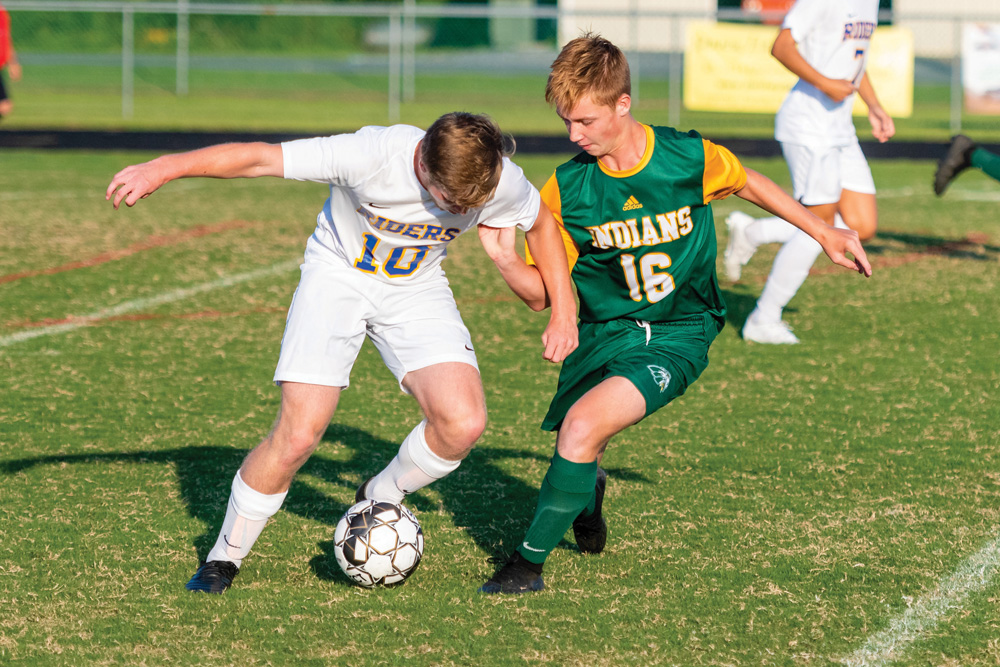 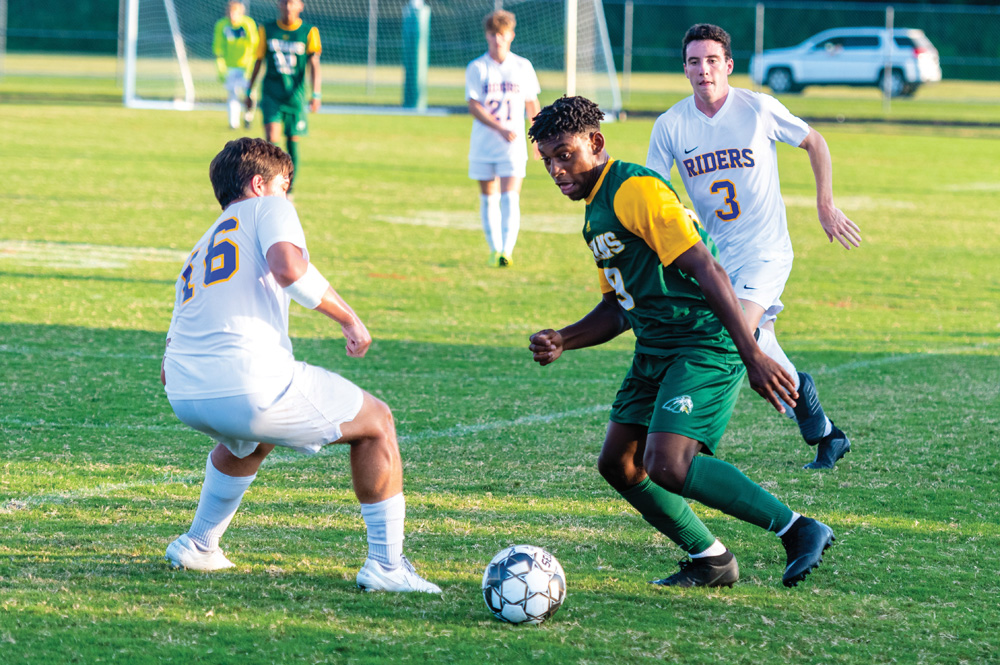 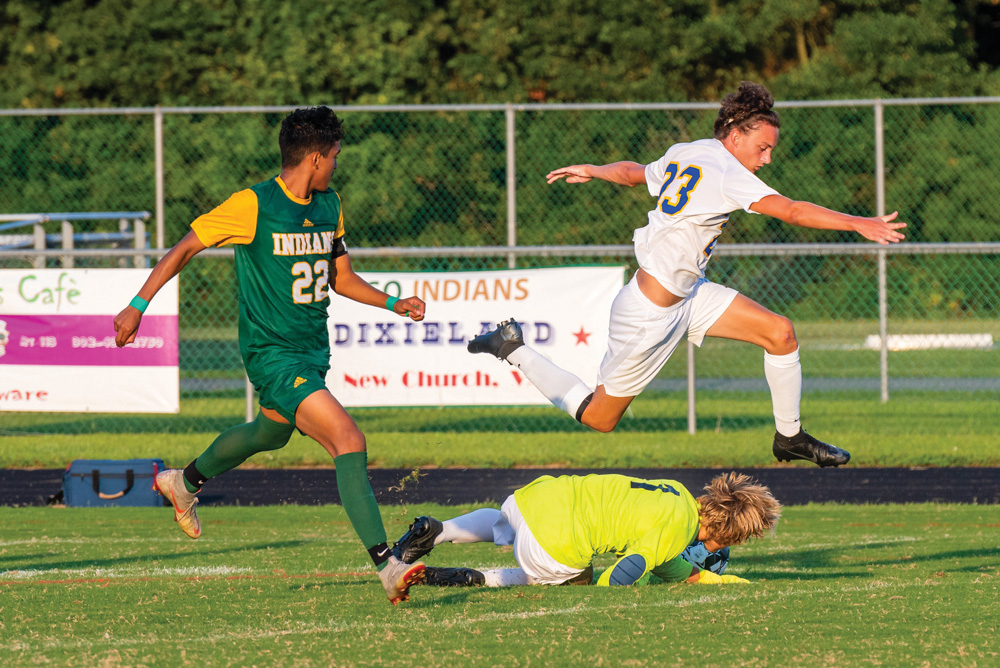 Digging themselves an early hole in the first half, the Indians had to make some halftime adjustments just to get back in the game against a very tough CR side.

After junior Jared Cordoba got the Indians on the board at 72:48, with an assist from freshman Kevin Castillo, junior Omar Baker scored the game-tying goal with less than a minute remaining in regulation, then added the game-winner in the 87th minute to cap the comeback 3-2 win for the Indians over the Riders.

“We dug ourselves a hole in the first half, and couldn’t get our midfield balanced or matched up,” an elated IR coach Steve Kilby said after the game. “We talked about some adjustments and matchups with Coach Brandt [Mais] and myself. They held the space and won the midfield back. We started playing wide and in behind … two separate halves.”

And he couldn’t have been happier, he said, about the decision to put Baker in at the end of the game.

“We’re pretty smart,” Kilby jokingly said. “Omar has a lot of great physical traits. He’s really solid, so it’s hard to take him off the ball. We are beyond proud of him.”

The Riders — who have a heavy upperclassman roster of 11 seniors and nine juniors — had come into the game unbeaten following two wins, over Newark (2-1) and Charter School (1-0), last week. IR’s first-half deficit came after goals from Lyod Coutillen and Spencer Ott. CR has no underclassmen on their varsity roster.

“We’ve had some luck, and some success with them,” Kilby continued. “We beat them last year in the regular season [4-0], then lost to them in the conference championship game. We played a nationally-recognized program in Good Counsel, and beat them 2-0. We took a half off against these guys’ [CR’s] legit program. CR is extremely good. We got our act together in the second half and took care of it.”

The stats were nearly identical for both teams, as they each managed seven shots on goal, with CR holding a slight 2-1 advantage in corner-kick opportunities. IR junior goalie Bastian Perry made seven saves, including two impressive ones late to keep the Indians’ hopes alive.

Illian’s first-ever varsity goal was the first of the season for the Indians, less than five minutes into the second half. Cordoba’s insurance tally came in the 65th minute.

IR held a 12-7 edge in shots, with Perry turning aside four of those for the shutout win.

After a week off, the Indians will be away until October as they hit the road for four straight games, beginning with a non-conference tilt against A.I. DuPont on Tuesday, Sept. 17, at 5:30 p.m.