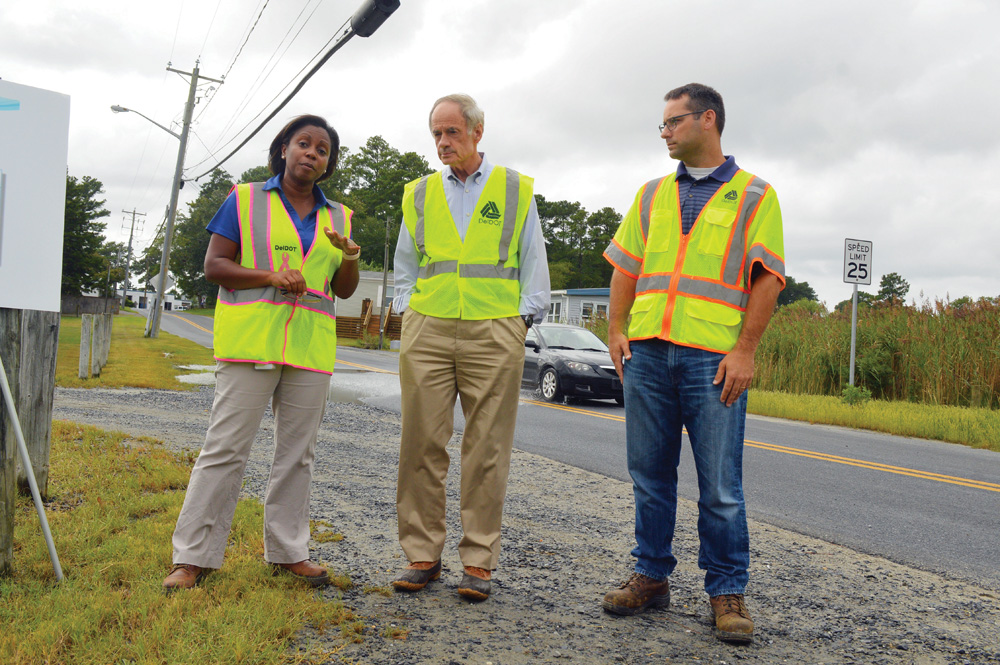 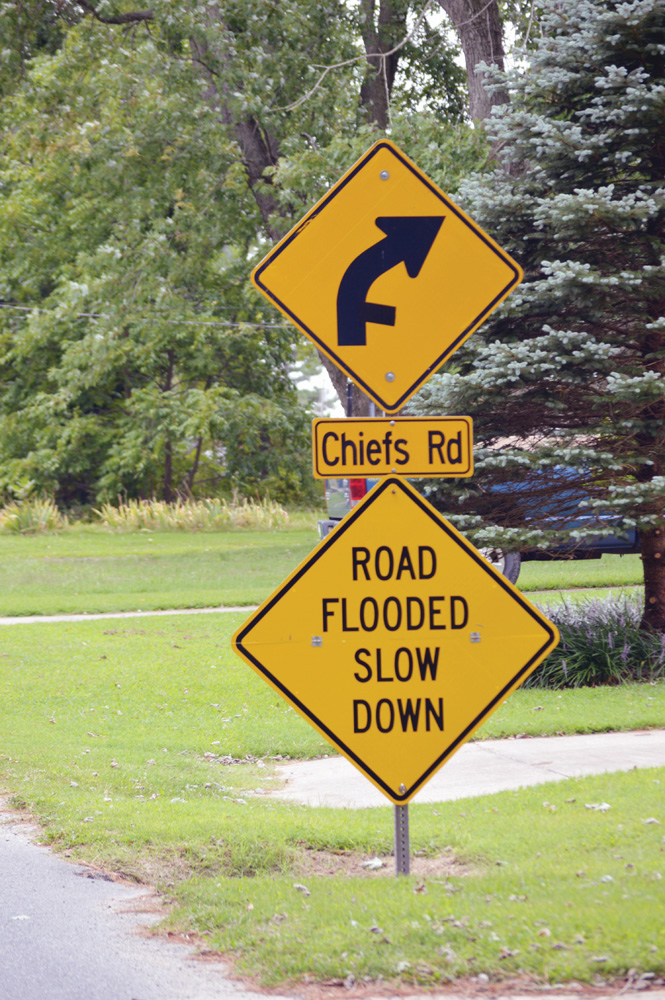 There wasn’t a major storm on Monday afternoon. It wasn’t even high tide. But vehicles in Oak Orchard were still dodging massive puddles and nuisance flooding leftover from Sunday’s rain.

Oak Orchard is a particularly low-lying area on the Indian River Bay, just east of Millsboro. Much of the area is commonly underwater during nor’easters, at which point school buses can’t even reach the houses, but instead pick up any children who can meet them at the local fire hall.

“Everybody loves to live near the bay, until the water gets too high,” said Jason McCluskey, engineer with DelDOT’s South District maintenance section.

With water levels only rising, and Delaware itself slowly sinking, the Delaware Department of Transportation (DelDOT) has been attacking flooding problems statewide, sometimes raising a road, other times rerouting it away from water. They don’t have a concrete plan for Oak Orchard yet. But the area could benefit from a federal bill that just passed through committee.

U.S. Sen. Tom Carper (D-Del.) visited Oak Orchard on Aug. 26 to view the neighborhood and celebrate that first step. In July, the Senate Environment & Public Works Committee — upon which Carper is the ranking Democrat — unanimously advanced the America’s Transportation Infrastructure Act of 2019 (ATIA), which Carper co-authored.

On one hand, this is “bread-and-butter” legislation, Carper said. Congress regularly passes transportation reauthorization bills for the maintenance of the nation’s roads and bridges.

On the other hand, the bipartisan bill is massive, authorizing $287 billion to be spent over five years, and the first of its kind to include a “Climate Change” section specifically devoting about $5 billion in funding to combat and mitigate the effects of climate change. That includes cutting transportation emissions and enhancing the resiliency of roadways to flooding and extreme weather.

It’s a big deal just to get the bill out of committee with Republican and Democratic Party support.

“As the lowest [average] lying state in the union, climate change poses profound threats to Delaware’s coastal way of life,” said Carper. “And as many First State residents know all too well, our roads and bridges are often on the front lines of this crisis — restricting the flow of goods and services and putting motorists at risk.”

Carper and officials from the Delaware Department of Transportation (DelDOT) also visited three other flood-prone sites on Monday: Army Creek Bridge on Route 9 in New Castle; the frequently flooded Port Mahon in Dover; and the rapidly-developing New Road in Lewes, where officials noted the high volume of construction trucks rumbling over the roads.

Those sites could be eligible for that ATIA money — if the bill passes Congress. Debate will continue when the summer recess ends.

According to Carper’s office, “ATIA invests nearly $5 billion over five years to improve the resiliency of roads and bridges from natural disasters and extreme weather events,” funding for which Delaware is a prime candidate.