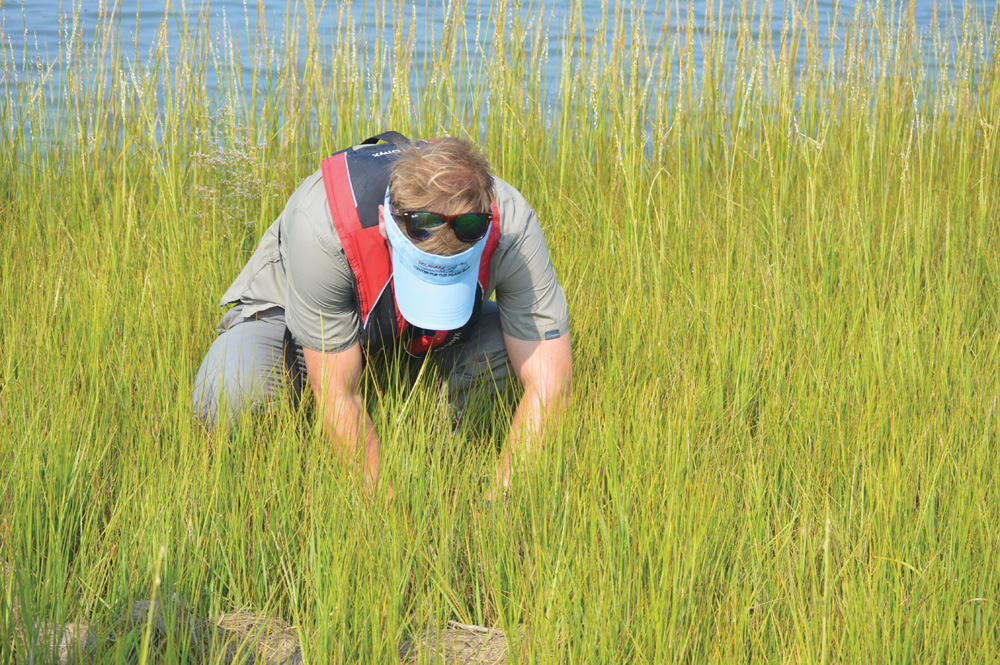 It will be a night of lively music overlooking the Delaware bays. To celebrate decades of eco-advocacy, the Delaware Center for the Inland Bays (CIB) is hosting its 25th Anniversary Gala on Friday, Sept. 27, from 5:30 to 9 p.m.

The CIB is a national estuary program founded in 1994 to preserve, protect and restore Delaware’s inland bays and their watershed.

“It’s a bayfront event. There’ll be a beautiful sunset view looking over the bay, so that’s a draw for people,” said the CIB’s Anna Short. “Just show up ready to have a good time, and learn more about the bays and what we do.”

The evening includes silent and live auctions, with live music by Hot Sauce, known for its Latin-influenced flair. The menu includes an open bar, passed hors d’oeuvres, a raw bar and buffet dinner with carving stations.

“There’ll be something for everyone. There will be seafood, meat, and vegetarian options as well,” said Short.

This year’s gala takes the place of the CIB’s annual Decked Out beach party fundraiser.

“We usually do it here at our facility … but because it’s our 25th anniversary, we wanted to do something a little bit more formal,” Short said.

“It’s a good reason to celebrate for a good cause,” said Chris Bason, CIB executive director. “Decked Out is always great, but we’re really looking forward to an expanded venue to host the big celebrations.”

“[It’s] a lot of fun. There’s definitely a lot of camaraderie, some familiar faces. We have some loyal supporters that have been volunteering for a long time, so it’s almost like a reunion. There’s just a lot of interesting people to meet,” Short said. “It’s a great opportunity to meet and connect with … people who are passionate about taking care of our inland bays.”

A quarter-century of cleaner water

Although the CIB also receives government grants from the EPA, these public fundraisers are “essential for any nonprofit organization” to maintain its flexibility, Bason said.

This money “is really the foundation of the work that we’re able to do,” Short said. “It goes directly to support our programming, like citizen-science work, oyster gardening, a lot of our education and outreach initiatives. It really supports the meat of what we do.”

Personally, Short said, she is impressed by the CIB’s oyster initiative, from encouraging the State to start a shellfish aquaculture program to creating a one-acre test plot to build a wild shellfish reef in the Rehoboth Bay.

“Everything we’re doing with our oyster program: oyster gardening to the oyster reef to ‘Don’t chuck your shucks’ — it’s so simple, and it makes so much sense,” Short said. “We’ve really captured the lifecycle of the oyster. … With this, we’re able to capture that to put the shells back in the bays to capture new life.”

“We were formed by the [Delaware] General Assembly as a nonprofit in 1994 to preserve and protect Delaware inland bays. The organization internally — everything about it has grown, including the progress we’re making,” Bason said.

Funding, volunteers, board members, staff and office space have increased, along with their efforts to restore the bays, including projects, research and outreach.

“It’s grown magnificently with a community that is also growing,” Bason said.

Besides their boots-on-the-ground efforts for environmental studies and projects, the CIB has provided an official voice for the ground and waters on which local residents live. They advocate for clean-water legislation, removal of pollution sources and action on environmental incidents/violations. CIB staff said they were glad to see Sussex County change zoning rules to protect some waterways and expand sewer networks in an effort to reduce septic systems.

One such project is upgrades to the James Farm Ecological Preserve, which the CIB manages and uses to host public events, such as the annual Native Plant Sale and the inaugural Water Family Fest. Perhaps more importantly, local middle-schoolers regularly visit James Farm for hands-on science classes.

“It’s important to be able to show them how the bays relate to their lives,” from the economy to the ecosystem, “important concepts that affect them on a daily basis, because they’re coastal residents. They will be the next stewards of the coast,” Bason said.

Volunteers can enjoy getting dirty with citizen-science projects, such as oyster gardening and horseshoe crab counts. Then they grade Delaware’s progress toward a clean and healthy watershed in the “State of the Bays” report.

“When I stop and think about what we’ve been able to accomplish, it amazes me, the amount of community support and interest,” Bason said. “The more people who get involved, the better off we can be.”

“Twenty-five years is a great time to look back, and we have been able to accomplish a great deal with the restoration of the bays,” Bason said. “And we have done that entirely through partnerships.”

Anyone who wishes to support the CIB is welcome to buy gala tickets, become a sponsor, donate auction items, give cash donations or volunteer time to CIB projects.

Details and ticket sales ($125 per person or $1,500 per table) are online at https://www.inlandbays.org/events/25th-anniversary-gala. The event is expected to sell out, but some tickets may be available at the door. Cash, checks and credit cards will be accepted.