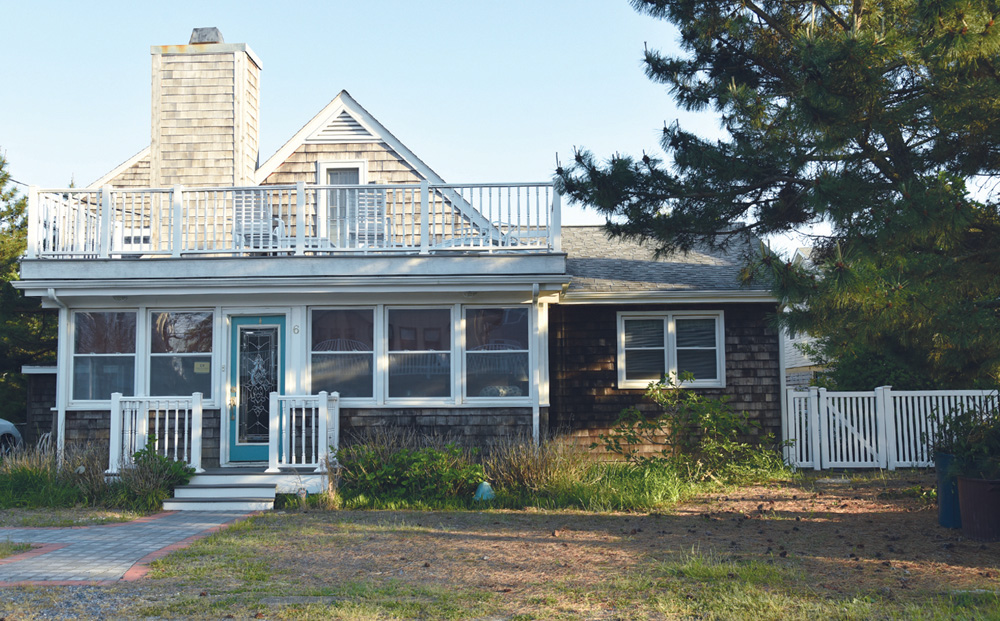 Poffel Cottage to be featured on home tour

On Saturday, October 12, 2019, Historic Coastal Towns offer you a glimpse of earlier times in South Bethany by touring six historic cottages and the town’s Richard Hall Memorial Walkway of historic markers.   Present owners are graciously opening their history-filled rooms to the public between 10 a.m. and 4 p.m.  Limited tickets must be purchased in advance at Ellen Rice Gallery, Rt. 26, Ocean View, at Made By Hand, South Bethany, at Sea Needles, Rt. 26, Bethany, or on line at www.thequietresorts.com.  Tickets are $25, and proceeds support the creation of a new Coastal Towns Museum at 40 West Ave. in Ocean View.

Joe and Betty Connor built their cottage on 6 N. 5th Street in South Bethany in 1960. They and their five children enjoyed 26 summers at the beach getting around on bikes, carrying watermelons on the handlebars and otherwise using ingenuity to get chores done while Joe was back in MD with the family car. They carried their picnic table from the porch to the beach for parties and picnics. There were no houses between their house and the beach.  Betty could stand on the upper deck and call the children to dinner.  In the mid 70’s, the cottage was enlarged by adding two bedrooms and a second bath.

In 1986, the Connors sold their home to Jim and Marjie Poffel.  Although the house has been rented every summer since its purchase, the Poffels have enjoyed their beach home in the spring and fall. The cottage welcomed many visitors over the years including church groups and millions of friends. In 2007, a two story addition was added enlarging the kitchen, and adding a bathroom. The cottage has been further updated with new windows, roof, and decks. However, the original pine paneling and a few pieces of furniture remain.

Some of the Connor family have dropped by over the years to see the house and reflect on the good times they had at the beach. Joe Connor visited in the mid-2000s. He didn’t want to see the updated house. He sat in the living room for a short time. He talked about the time he spent in his rocking chair on the front porch gazing out onto N. 5th Street.