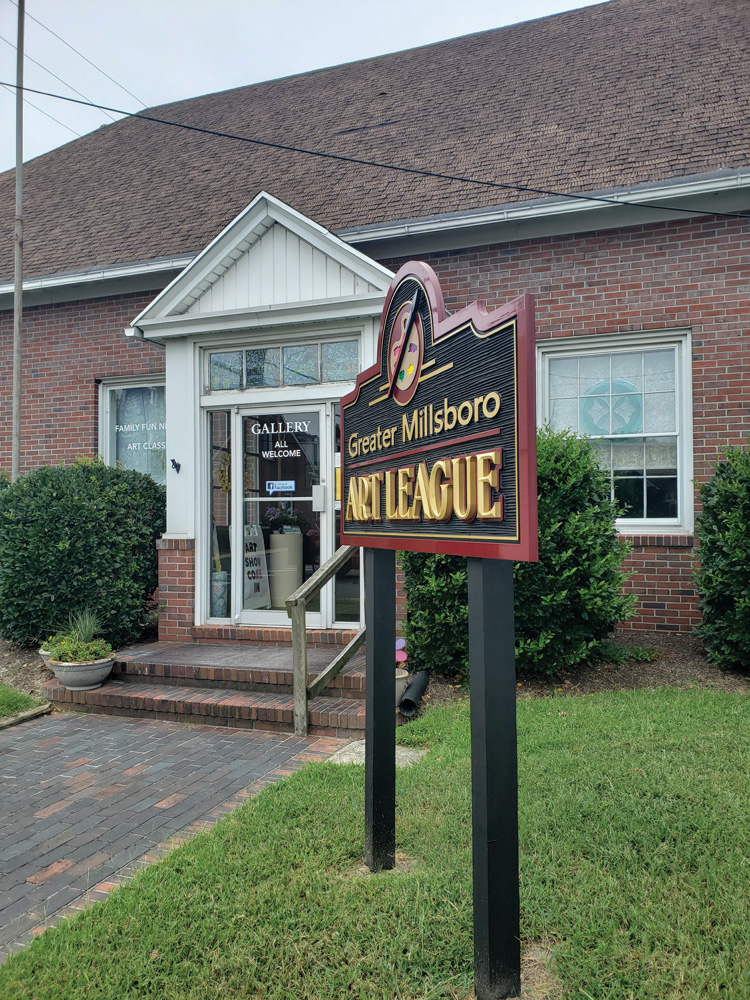 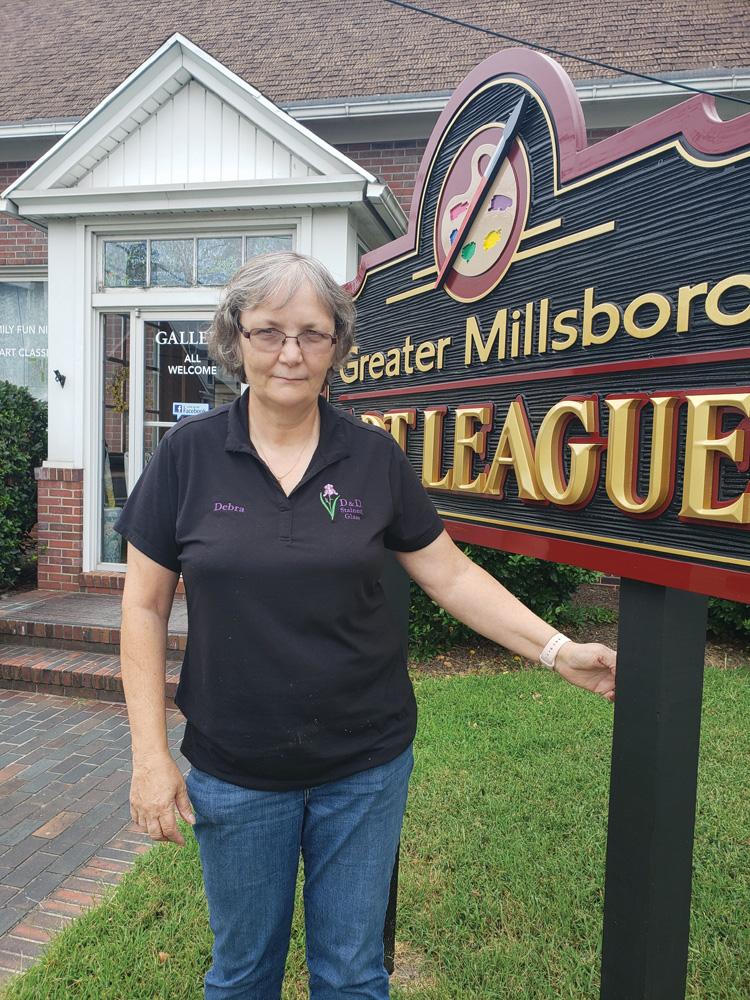 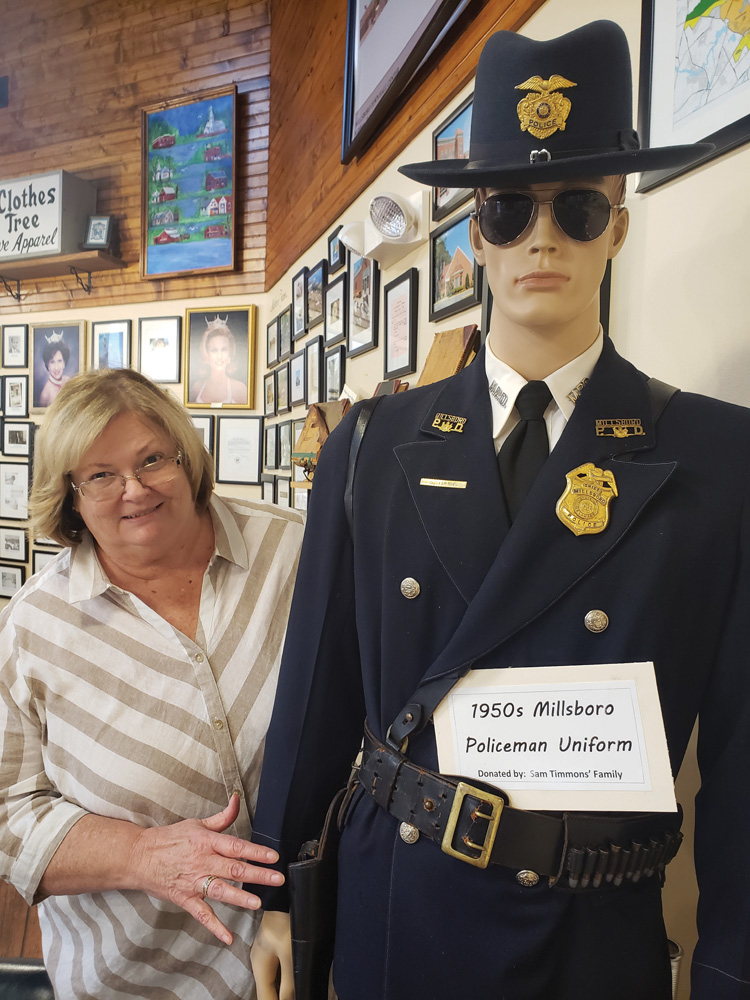 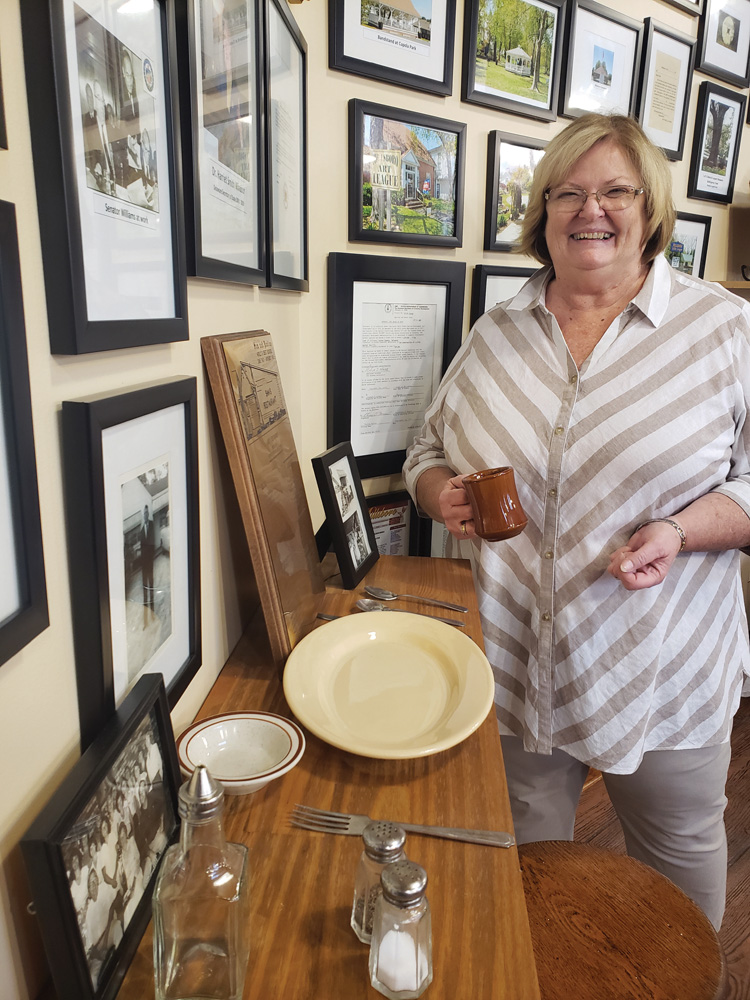 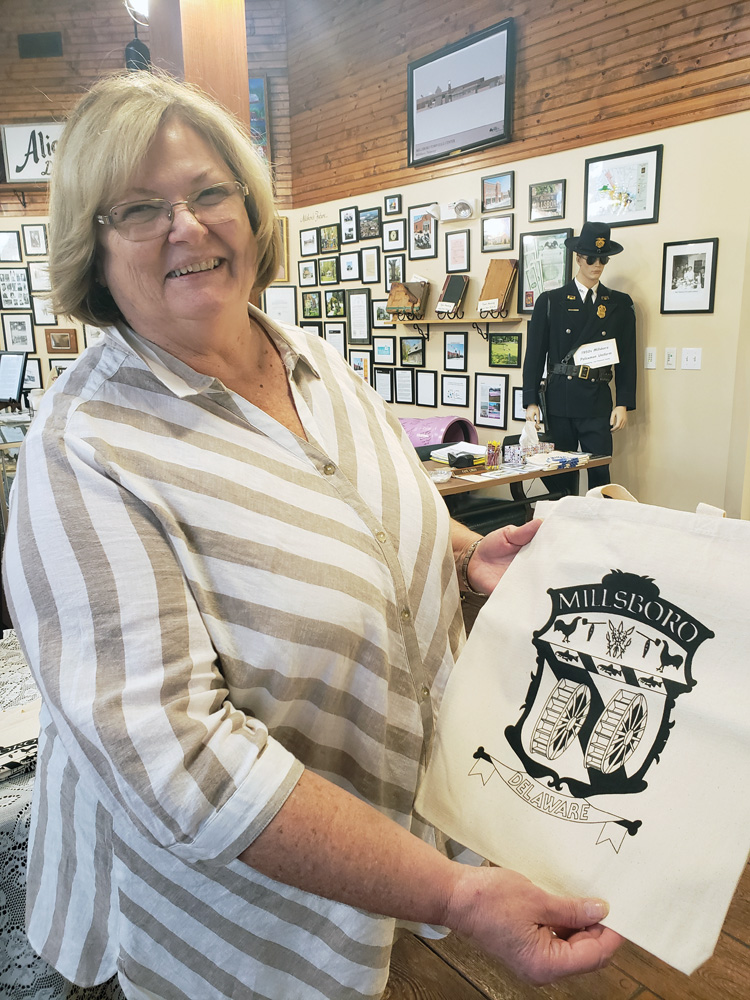 Touched by how much a mother, father and their children enjoyed Family Fun Night at the Greater Millsboro Art League, the way they gathered for dinner, then painted together, talking and laughing, without a cell phone in sight, Deb Doucette became even more determined to keep the building open.

It’s going to take work, though, said Doucette, president of the art league, located on Main Street, because the aging structure — a post office and a library in years past — needs doors rehung, both windows and the roof replaced, a new ramp for handicapped access and for the basement, where the foundation is composed of old tree trunks, to be upgraded.

A heavy door at the entranceway “came off in my hands,” said Doucette, leading a guest to a room where it now leans against a wall. Windows don’t close all the way, and there is damage from termites that had to be exterminated.

“I came in to a swarm of termites a couple of years ago,” she recalled.

“The basement is like a dungeon. There’s a dirt floor. The beams that support the building are old trees that had been cut and sawed. That’s how old the building is. A couple years ago, the Town budgeted $200,000 to restore the building, but we never got the money. It was never disbursed,” Doucette said.

The Town collects $550 in monthly rent from the art league, but Doucette has asked to have rent forgiven to pay for the repairs.

The Town bought, and had installed, new heating and air conditioning wall units, an improvement Doucette said she greatly appreciated because the inside of the building reaches 90 degrees on summer days — far too hot for patrons. But a total renovation was assessed at more than $400,000.

“It would cost about the same to demolish the building, but I would rather see it kept. It’s Millsboro. It’s a brick building on the outside and wood inside. It matches the building across the street. PNC Bank has the same brick,” she said.

“Her request to have the rent waived was placed on the town council agenda. We put it there because we wanted her to have a chance to say her piece. The council will consider the list of necessary repairs she gave to us. The assistant town manager and Public Works both met with her,” Hudson said.

Doucette made the request to stop paying rent at the Sept. 3 meeting.

Quotes were obtained to determine the cost to renovate, and council members considered it, Hudson said, “but it never made it into the final discussion.”

For the 2019 fiscal year, renovation was a listed item in the budget, again talked about, but not funded.

Town officials “certainly are interested in preserving whatever historical buildings it owns, or are privately owned, in downtown to the extent that it is reasonable to do so, and the art league has historical significance,” Hudson said.

In the meantime, Doucette — who owns D&D Stained Glass nearby in downtown Millsboro, with her husband, David — was able to obtain a $20,000 grant from Dogfish Head, which helps non-profit art organizations, but she said more money is needed.

She wants council members to visit, see displays and attend events the way Councilman James Kells and Millsboro Police Chief Brian Calloway have. Currently, bright paintings made by developmentally disabled adults are on display and for sale. Previously, there was a show of works created by inmates.

“When we have Family Fun Night, everybody gets to do the project. It’s really something to see the kids watching to see their parents struggle to paint something. It’s much harder to teach a parent who has no art background than a child, because they aren’t afraid of it. Then, for some kids to realize, hey, their mother can paint — it’s really fun,” Doucette told the Coastal Point.

“That’s why I started Family Fun Night a few years ago. I have a lot of families come in because they can find an event for one child but not for the whole family,” she said, sitting at a long table arranged with plates and little cups to hold paint, ready for an evening of wholesome entertainment.

“When I started it, I was doing it myself. I was teaching it. I was doing all of it, then I had somebody, an early-childhood teacher, step in and start doing it for me, and it’s been wonderful. It’s amazing to hear the comments and watch people who are without their phones, because we don’t want to see your phone when you’re here,” she said.

The art league, with an annual budget of about $12,000, is run strictly by volunteers, and more are needed — especially those skilled in making repairs. Members are also welcome. The cost of an annual individual membership is $35, and it costs $45 for a household membership.

“The art league has been here for many years. It was started by Alice Hudson. She had a clothing store in town many years ago. The library had the building for awhile, and she asked if she could have it after a new library was built. Her friends who painted together needed space,” Doucette explained.

“I know $550 a month is not a high rent, but I want the Town to forego that $6,600 a year because I believe the value of the art league is worth far more than that,” she said.

“I’m very persistent. This town had no crosswalks until I persisted. If the Town says no, then we’ll hand in the bills every time we make repairs to something in here. There’s only one way to look at it. The building, as it stands, is not rentable to a new tenant.

“If we stay here and keep the building clean and presentable, I see that as fair until the Town does major improvements.”