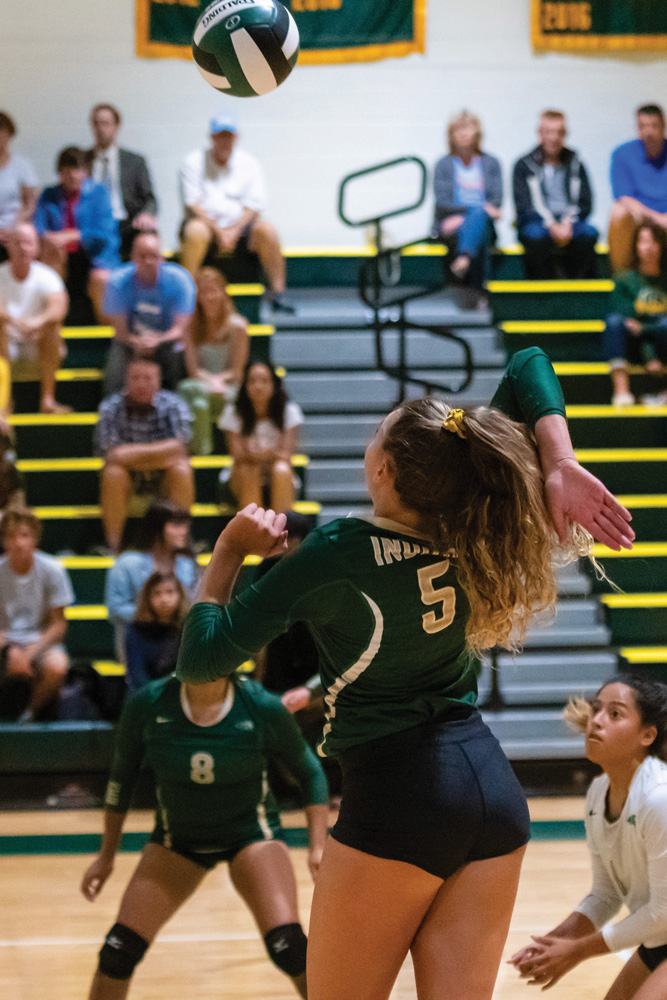 Add two more sweeps to the ledger for the Indian River High School girls’ volleyball team as it cruised to wins over Sussex Academy and Red Lion over the past week. The Indians have one more home date, against Delmar on Thursday, Sept. 19, before the team hits the road for a three-game trip.

Senior Jessica Amezcua had a match-best seven aces on the serve, with three digs, two assists and a kill as well. In all, 10 different Indians recorded stats in the match.

Camryn Ehlers again filled the stat line with a team-high 19 assists to go along with three digs, two kills, two blocks and an assist. Raychel Ehlers finished with 20 kills, 11 digs and an ace. Senior Siera Johnson chipped in with eight kills, while Amezcua added 14 digs, five assists and an ace.

Through three games in their 2019 campaign, the Indian River boys’ soccer team could be labeled simply by one word: impressive.

Further proof of this came on Tuesday, Sept. 17, as the Indians steamrolled passed A.I. DuPont, 8-0, to remain unbeaten on the season, at 3-0. Two of their wins thus far have come via shutout.

In the win over the Tigers, IR scored five goals in the first half before adding three more in the second for the final margin of victory.

Willem Lamberton scored the first of his two goals on the night to get the Indians on the board just two minutes into the game. Jared Cordoba followed less than two minutes later, at 3:40. Freshman Jordan Illian also scored a pair of goals in the contest, with one in each half.

Junior Erick Aguilera Baruch also registered two goals in the game. He scored the fourth and fifth goals of the first half for IR in the 22nd and 31st minutes of the game.

Illian recorded his second of the game less than 10 minutes into the second half, with Lamberton following with his second just two minutes later. Junior Omar Baker wrapped up the scoring for the Indians with his tally at 63:48.

Arturo Cruz-Bonilla, Alex DiLuzio (2), Cordoba and Aguilera each were credited with assists.

The Indians posted a commanding edge in shots, at 22-3, and picked up three corners chances, to none for the Tigers.

Netminder Bastian Perry made both saves on shots that were registered on goal.