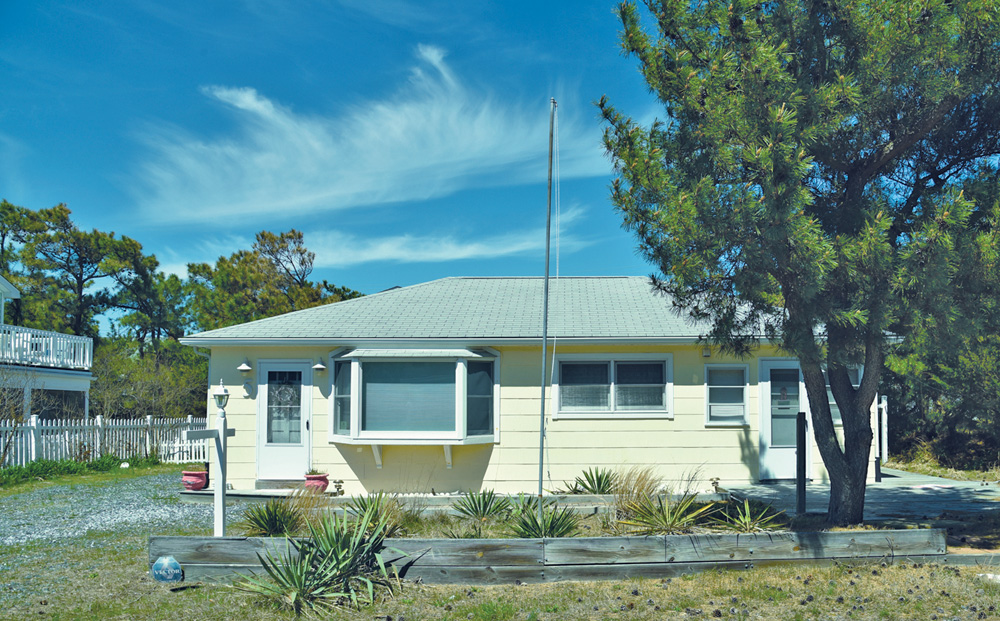 The Long Cottage on North Second Street welcomes you in

On Saturday, October 12, 2019, Historic Coastal Towns offer you a glimpse of earlier times in South Bethany by touring six historic cottages and the town’s Richard Hall Memorial Walkway of historic markers.   Present owners are graciously opening their history-filled rooms to the public between 10 a.m. and 4 p.m.  Limited tickets must be purchased in advance at Ellen Rice Gallery, Rt. 26, Ocean View, at Made By Hand, South Bethany, at Sea Needles, Rt. 26, Bethany, or on line at www.thequietresorts.com.  Tickets are $25, and proceeds support the creation of a new Coastal Towns Museum at 40 West Ave. in Ocean View.

In 1953, the Chesapeake Bay Bridge was opened, and May and Russ Felerski drove from their home in Silver Spring, MD to Bethany Beach, DE. They had hopes of finding a desirable lot to build a summer home on. They found a lot in South Bethany less than 200 feet from the ocean which they purchased. In 1955, they built their summer cottage consisting of two bedrooms and a bath. They enjoyed spending weekends and vacation time at the beach.

In the ensuing years, May Felerski became a central figure in SouthBethany’s community development. Her beach home became a meeting place for the Town’s business. The sunroom became the Office for the Town. It was a hub of activity during the summer with the Mayor, Council Members, Police, and Life Guards coming and going. During the “1962 Storm”, the cottage survived with a high-water mark left just below the gutters!

After May Felerski’s passing in 1983, the cottage was sold, changing hands

3 times. The current owner, Katie Long purchased the cottage in 1997. Over the years a second bath and bedroom were added. A ground deck and a gazebo were added for more outdoor living space. The cottage is still the same yellow color as it was in 1955. A neighbor, John Speer, collected and restored old Life Guard buoys. He restored one especially for Katie.  It was engraved to read “May’s Town Office”.  The buoy hangs in a place of honor in the same sunroom where all the town’s business was conducted so many years ago!