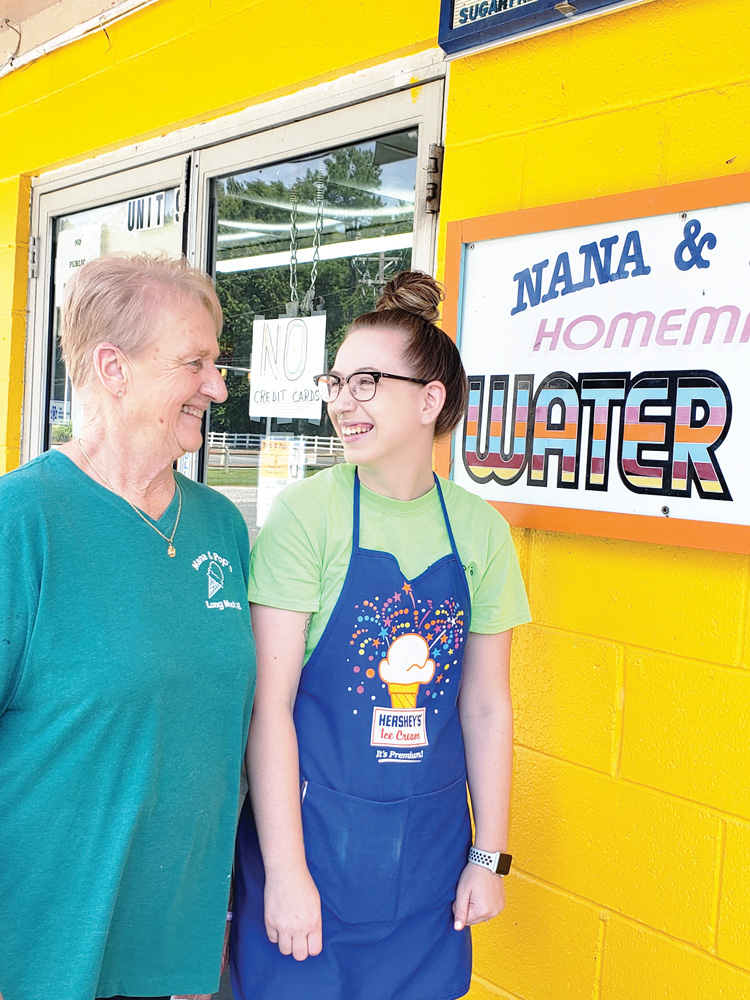 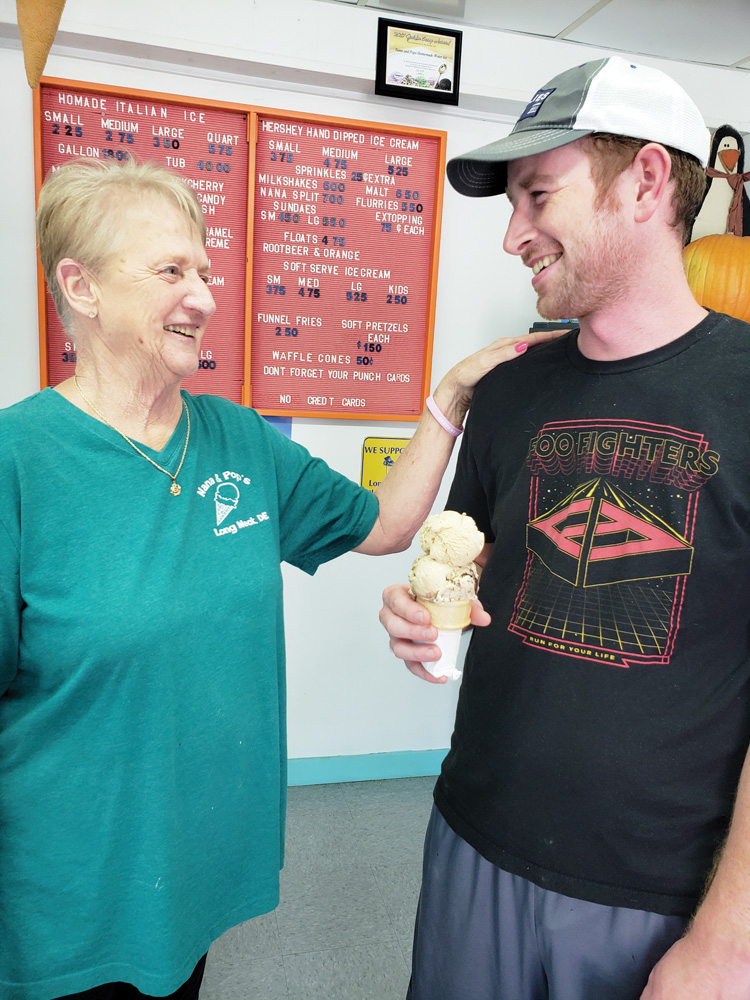 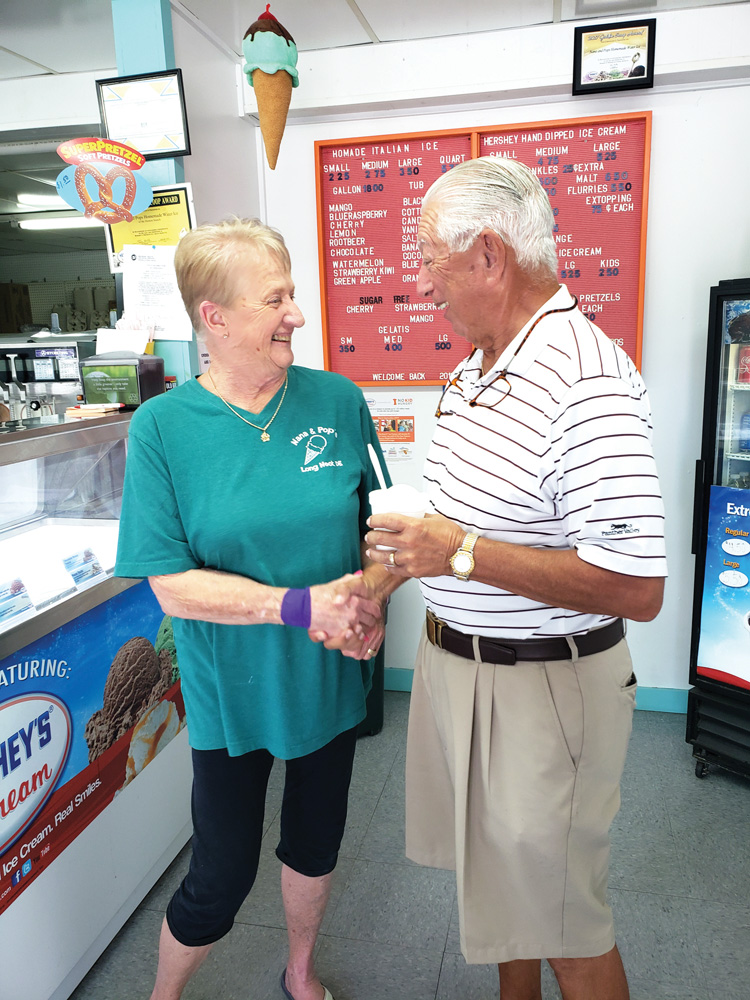 It was an unexpected and tender moment when customer Darrell Patterson Jr. arrived at Nana & Pops Ice Cream and Italian Water Ice to share the news.

“I wanted you to know my grandfather passed — Paul Powell. He loved your coconut water ice. He came in here all the time. I figured you guys might know him,” Patterson told owner Sandy Kaizar, who nodded gently.

“Yeah. He was so proud of his Navy service,” said Patterson, a resident of Newark.

And just as grandmothers have done for generations to soothe broken hearts, she made him an ice cream cone.

“I think that’s wonderful that you came in to tell me,” Kaizar said, resting her hand on his shoulder.

With her husband, Tom (a.k.a. “Pop”) Kaizar enjoys running the shop — said to be the oldest business in Long Neck, after 25 years — serving more than 40 flavors of Hershey’s ice cream, making water ice and having the nicest conversations with customers.

“I’ve watched kids grow up as they have come in here, and then their kids. They come in and they tell you everything. This gives me something to do,” she said, explaining the shop has been at 32369 Long Neck Road for six years, and was previously at Leisure Point Resort on Dogwood Road in Long Neck, a few miles away.

“I ran the marina store in Leisure Point and started the ice cream shop. For a while, I did both. We started with Italian ice. The customers are great. We have the best,” she said.

Is there a secret to making irresistible water ice?

“Yes,” she said, a bit of a twinkle in her eye, meaning she wasn’t about to reveal it.

How about a hint?

“Fruit,” she said simply. “And fruit juice in some of them.”

There are more than 20 flavors, all made in the shop, with mango being a customer favorite.

“Let’s chill,” it says on the shop’s Facebook page, where there are colorful photographs of pumpkin ice cream, apple cobbler and pumpkin pie flurries, pumpkin spice milkshakes and caramel apple gelato, just in time for fall.

Granddaughter Niki Munz, who does the ordering, studied criminal justice and legal matters, and has been working at the shop for six years, since high school.

“It helped me come out of my shell,” she said.

“She’s a good kid,” said Kaizar, whose quick grin and energetic manner defy her 75 years. She and her husband have three children, eight grandchildren and six great-grandchildren.

A native of Philadelphia, Kaizar said Pop, who wasn’t at the shop that day, is the “fixer-upper around here.”

“He says he’s the maintenance man,” his wife said.

Open from noon to 10 p.m. daily until the end of October, Nana & Pops has a staff of eight full-time employees, plus Kaizar.

Cones, milkshakes, sundaes, banana splits, water ice, soft pretzels and funnel fries are on the menu, but regular customer John Werley didn’t need a menu when he came through the door.

“My wife has a cold. She asked me to get her lemon ice. It’s the best in the world,” he said, beaming at Kaizar, who knew his favorite — vanilla ice cream with chocolate syrup, marshmallows and peanuts, known as a “CMP,” for chocolate marshmallow peanut sundae.

“It’s a Pennsylvania thing,” she said.