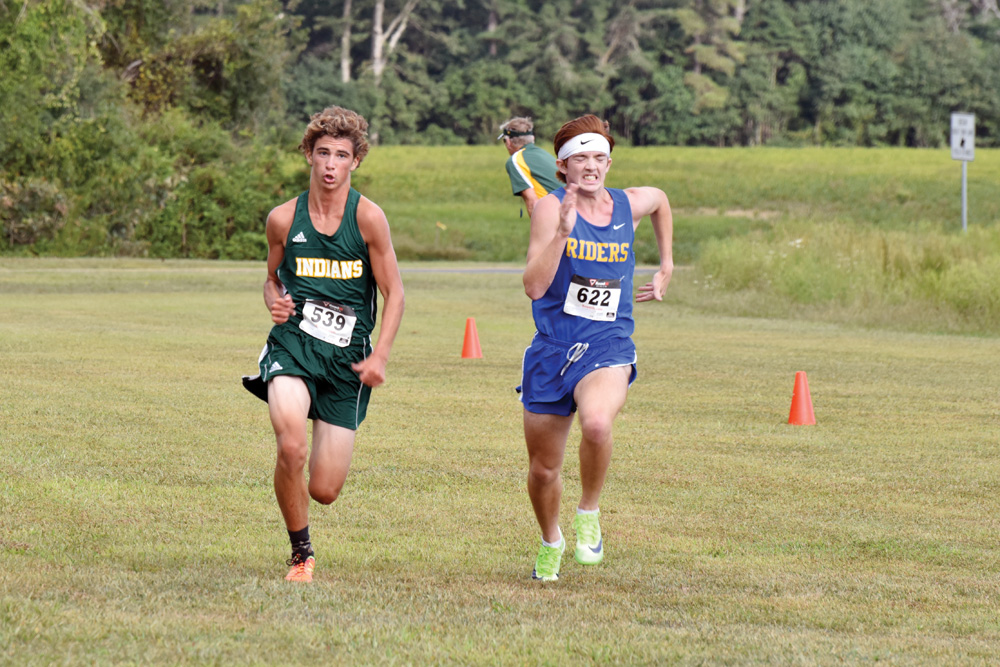 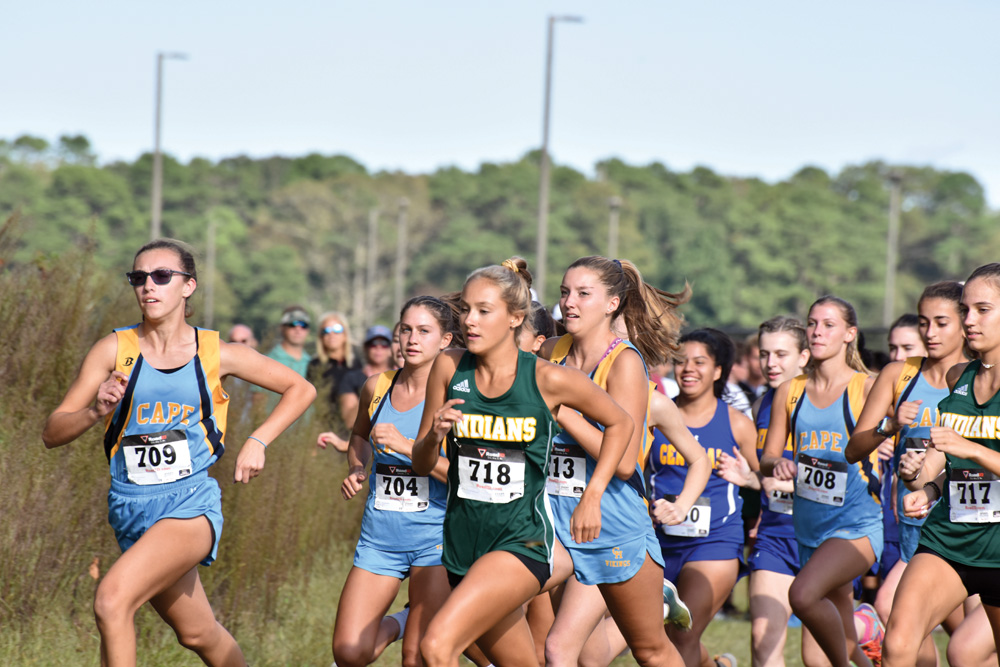 Junior Robert Senseny ran the course in 18:17 for a second-place finish out of 14 competing IR runners. Third was junior Colin Hudson, who ran the course in 18:54.6 minutes. Christian Galindo Lopez, who is the only senior racer in IR’s top seven, did the course in 19:33.4. Finishing sixth and seventh were juniors Ian Shaubach and Christian Clark, with respective times of 20:52.9 and 21:07.2 minutes.

“Everyone went out pretty fast, and then they slowed down in the woods,” Burke described after the race. “There were tree roots and holes in the woods. We just had to stick to our race plan and go through it. I’ve been doing some long distance runs and short intervals. I feel good, and I’m ready. I’m looking forward to Friday,” he added of the Sept. 20 meet at the Middletown Invitational.

“We dialed it back yesterday, knowing we have a big invite upstate,” first-year IR head coach Rick Hundley said. “We also rested Jackson Donnelly, our No. 4/5 runner. Emma Barthelmess and Lexi Hall both PR’d,” he added of the pair’s new personal records. “We’re making progress. Boys are looking good, but I’ll know more after Friday’s race. Girls need to keep working hard at practice like they have been, and stay focused on their goals.”

Barthelmess was IR’s first female runner across the finish line. The junior runner covered the distance in 22:54.

“I thought this run was really fun. I enjoyed it,” Barthelmess said.

“The course here is fun. I like running here,” she added, saying she hoped to run a better time Friday at the prestigious Middletown Invitational, which was raced at Lums Pond State Park.

More than 100 girls participated in the Middletown Invitational last Friday, Sept. 20, and the Indian River contingent had a nice showing for themselves.

Barthelmess was the top finisher, completing the course in 23:18.5, which was good enough for 44th place overall. Lexi Hall was the second-best IR entrant, coming across the finish line in 85th place at 26:19.9.

Ursuline’s Alaina McGonigle won the race with her impressive 19:58.7, which averaged out to roughly 6:26 per mile.

The Indians finished seventh overall as a team, out of the 20 teams that entered the invitational.

Both the boys and girls were set to run a dual meet at Lake Forest on Wednesday, Sept. 25. For results, check out the Coastal Point sports Facebook page.