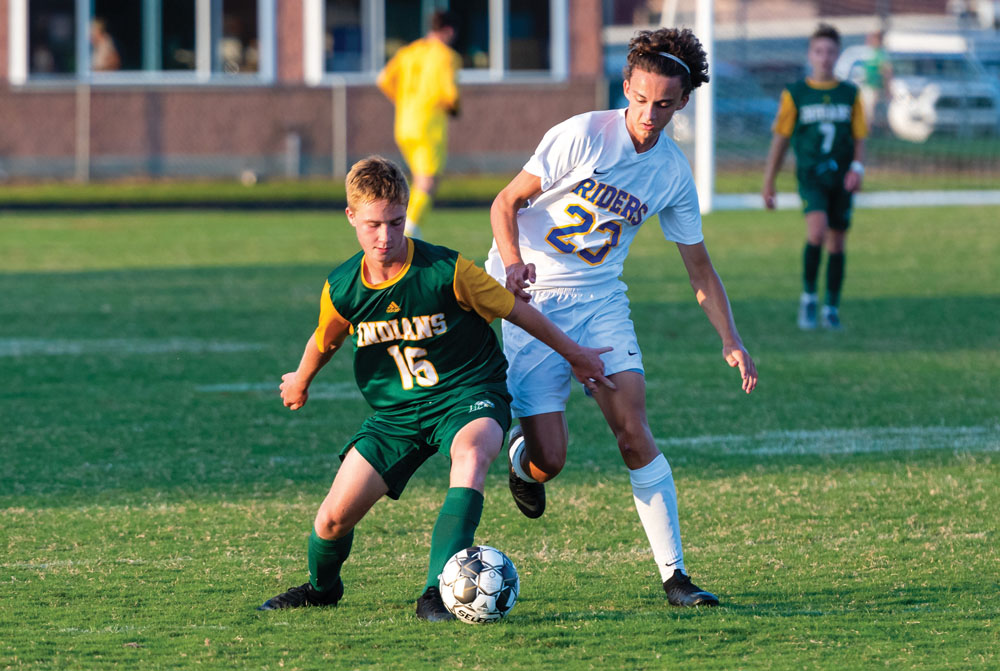 IR falls to Cape in battle of the top conference teams

Finding themselves in a battle from the opening whistle, the Indian River High School boys’ soccer team just could not seem to find a way to get through a stout Cape Henlopen defense during their divisional crossover game on Tuesday, Sept. 24.

Because of that defensive effort by the Vikings, the Indians found themselves on the short end of a 1-0 defeat, which was their first setback of the 2019 season.

“It was really a tale of two halves,” assessed IR head coach Steve Kilby after the game. “We didn’t do a good job transitioning from the defensive third to the attack in the first half, and settled for long balls. In the second half, we kind of took over the midfield in the game. You can’t play 20 minutes of bad soccer and try to make up for it.

“They have a big target, and they managed to score a goal on a corner kick. We were turning the corner in the second half. We just couldn’t squeak a ball through to somebody in the middle. We’ll have to build on this.”

The Indians also were very impressive defensively in their own right, thwarting several scoring chances by the Vikings on their five shots, with IR goalie Bastian Perry making some very nice saves to keep the game a one-goal contest. Cape had an identical three chances on corner kicks.

The win improved Cape’s overall record to 4-1 on the season, with their only loss coming against Caesar Rodney (4-0) back on Sept. 12.

IR now finds itself in a spot it hasn’t yet had to deal with this season through five games — how to respond following a loss. The Indians now sit at 4-1 overall, with a date at Seaford on Thursday, Sept. 26, after Coastal Point press time. Results will be posted on the Coastal Point news Facebook page.