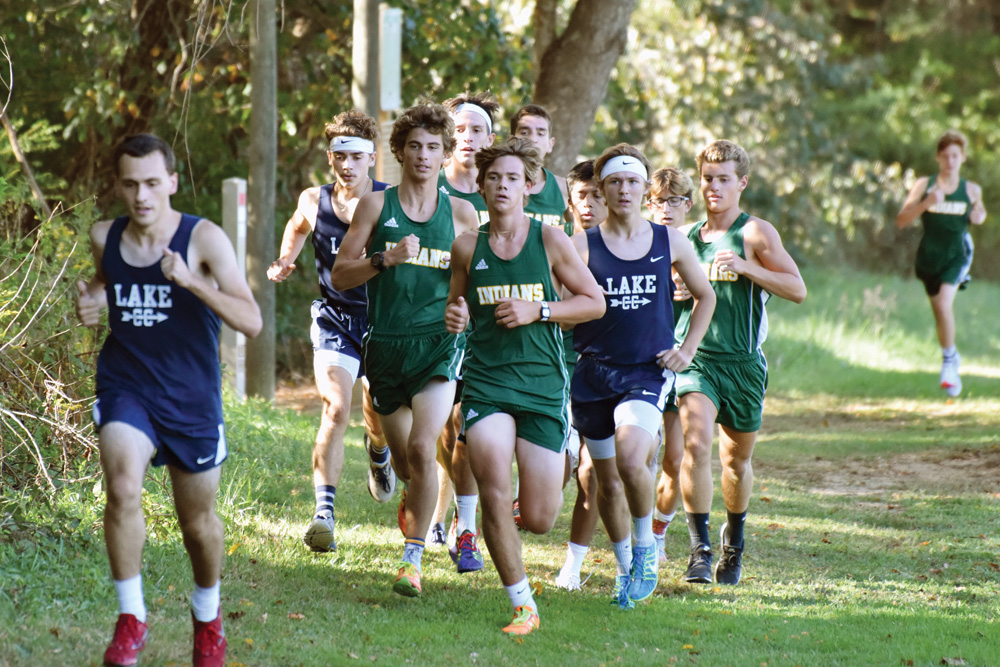 After three straight losses, a new plan put Indian River High School’s cross-country team back in the win column last Wednesday, Sept. 25, during a Henlopen Conference Southern Divisional meet against Lake Forest at Killens Pond State Park, where they pulled out a 20-41 decision.

IR junior Declan Burke zipped around the course, with his time of 18:50. Tightly packed behind him were teammates filling in six of the top 10 positions. Junior R.J. Senseny finished third at 18:58. One second later, Christian Galindo Lopez crossed the finish line, followed by Colin Hudson, who turned in a 19:08, capping the top five. Junior Jackson Donnelly finished sixth, with a time of 19:20, senior Ben Spencer crossed in eighth, with a run of 19:58.

“Our plan to run in packs worked perfectly today,” noted IR head coach Rick Hundley. “We asked our No. 1 and 2 runners to hold back and run 6-minute miles so the rest of our runners could join in. Christian [Galindo Lopez], who was our No. 3 runner last year, had trouble getting out fast. Now he’s faster. We finished two, three, five, six, seven, eight and nine. So that worked perfectly.”

The Spartans’ Stephen Culver dialed in the day’s fastest race, with an 18:31 trip. Lake’s second- and third-place runners were Shane Johnson and Andrew Eakin, who crossed in seventh and 10th places, with respective times of 19:54 and 20:16.

“I’m running this course five times this year so I’m use to it,” Burke said. “There were a couple of roots out there, a few elevations, but nothing compared to other courses.”

“Emma Barthelmess did a good job as our first runner,” Hundley credited.

According to Barthelmess, “We’re here a lot. The course here is definitely familiar to me. So it’s a little easier I know the easiest way around just because it’s familiar to me. I’m happy with my run today, but I definitely have a little more work to do.”

The Indians’ runners were set to travel to Salisbury, Md., on Wednesday, Oct. 2, (after Coastal Point press time), when they were to be joined by 11 other teams competing in the annual Tidewater Classic raced at Winter Place Park. For results of the meet, check out the Coastal Point sports Facebook page.