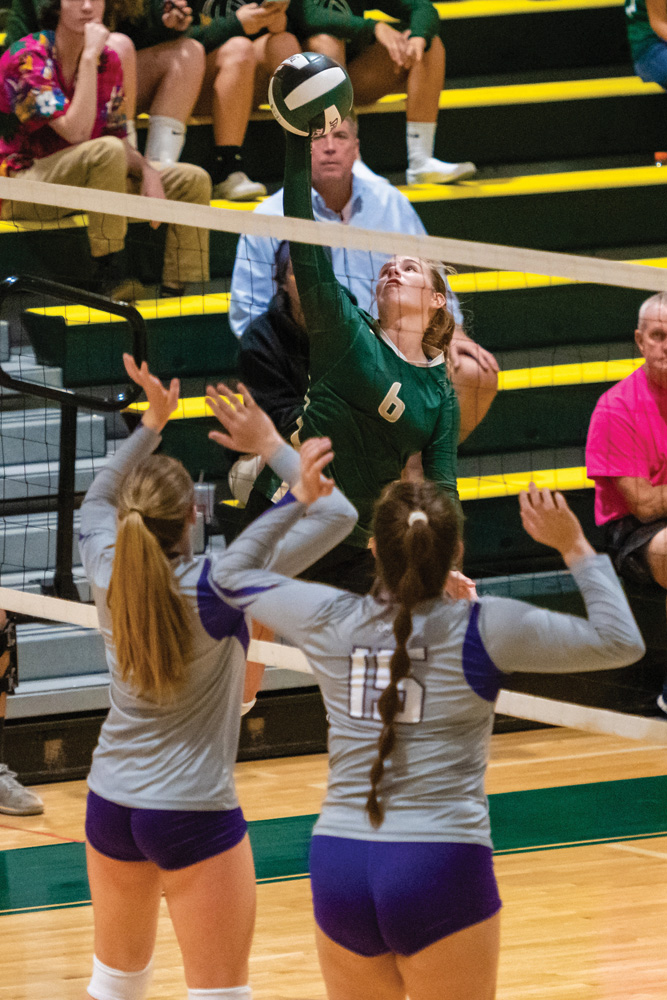 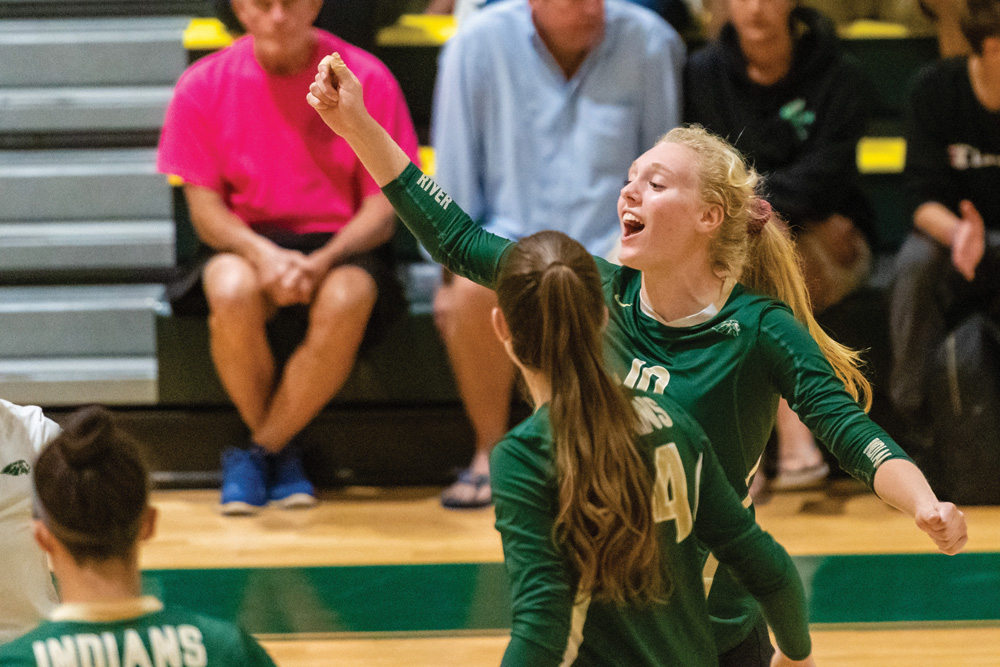 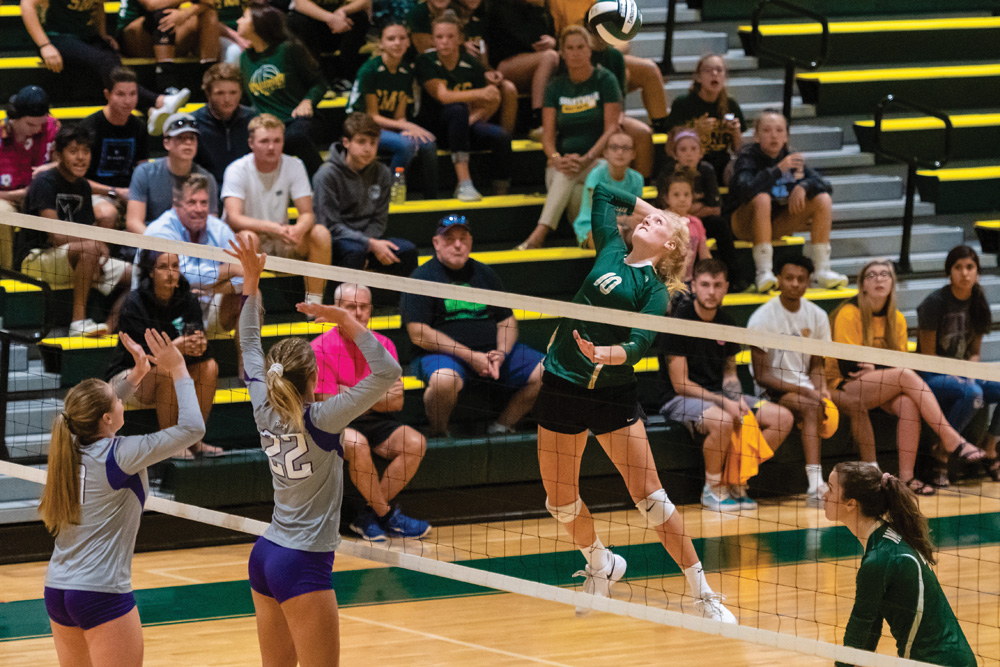 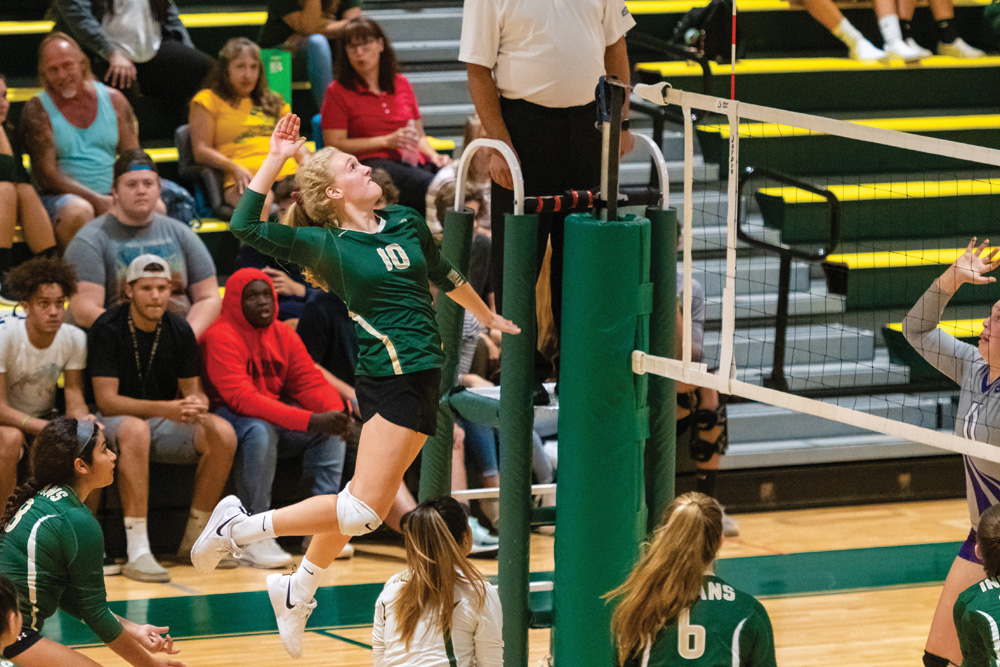 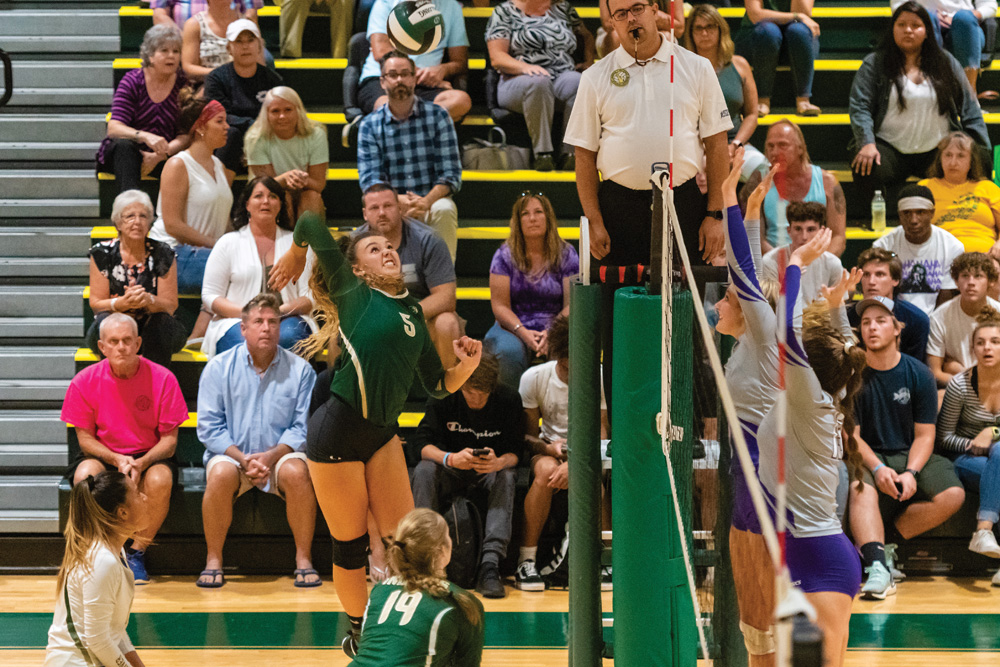 After dropping the first game in their match with Delmarva Christian High School (25-20) on Tuesday, Oct. 1, the Indian River High School girls’ volleyball team responded in a big way as they recovered from their early deficit for a 3-1 win over the Royals.

The Indians won the next three games by scores of 25-23, 25-17 and 26-24. Their collective effort rendered head coach Jim Barnes almost speechless after the game. Well, almost.

“I am just so proud of these girls,” Barnes said of his team winning their third straight match to improve to 7-2 overall on the season. “This one was all the girls. It was their heart. I give it to Delmarva Christian. They brought their fans down. They were ready to play us. They played a great match. It was our girls’ heart and their determination. They refused to lose. I give this one to the girls. I am just so proud of them. They worked so hard. They wanted it.”

Junior Raychel Ehlers was a huge part of the Indians’ success with her match-high 27 kills. She chipped in 10 digs, three blocks and an ace. Her sister, freshman Camryn Ehlers, was once again her steady self, with 31 assists, nine digs, five aces and four kills.

“I cannot say enough about Raychel,” added Barnes. “She takes our team to another level. I want to say she’s a beast, but that might not be appropriate for the newspaper. Whatever is a positive comment about Raychel I would make. She has really raised her level of play this year. The hits she’s making — that one that hit the 10-foot line was, I think, was one of the best hits from an outside hit I’ve seen from a girl in high school in the five years I’ve been coaching.”

Seniors Jessica Amezcua, Siera Johnson and Marianni Chavez all played a huge hand in the Indians’ winning effort. Amezcua turned in a stat line of 16 digs, three assists and an ace. Johnson was second on the team, with 18 kills to go along with a block, a dig and an assist. Chavez added 17 assists of her own.

A road contest with Lake Forest was next up for IR, on Thursday, Oct. 3, after Coastal Point press time. Results can be found on the Coastal Point sports Facebook page. It is a key Henlopen Conference South Division battle with the Spartans, who are 4-5 overall on the season following their 3-1 loss to Sussex Central. The Indians blanked Lake last season, 3-0.