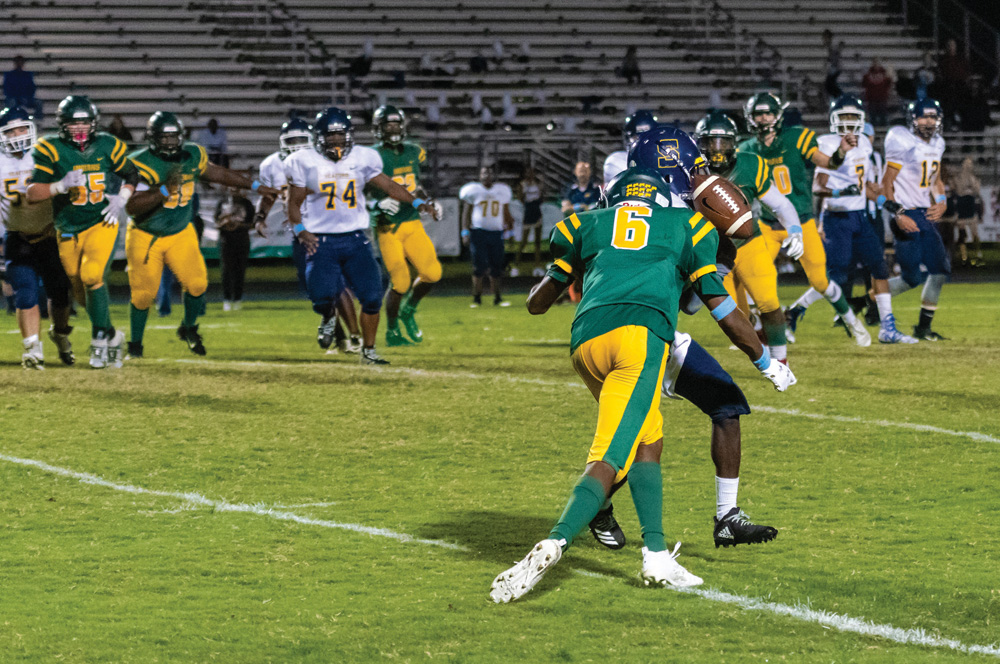 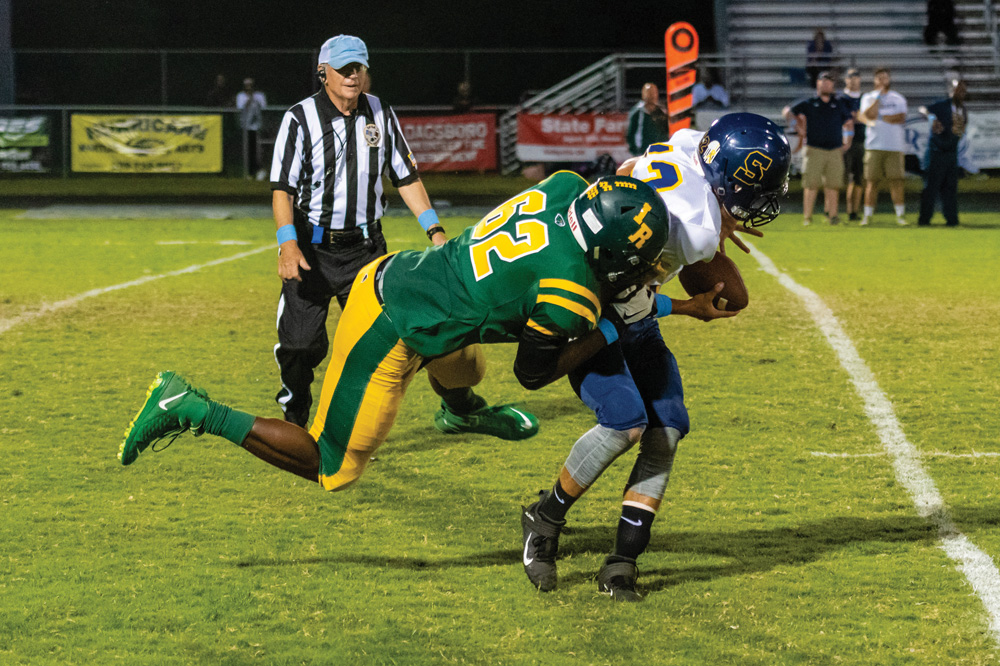 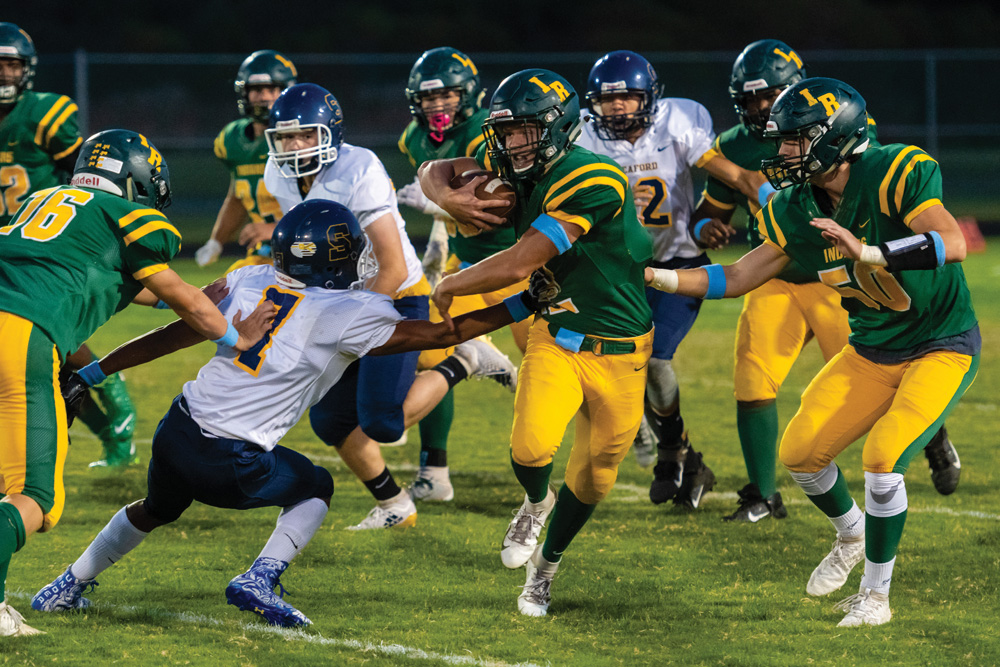 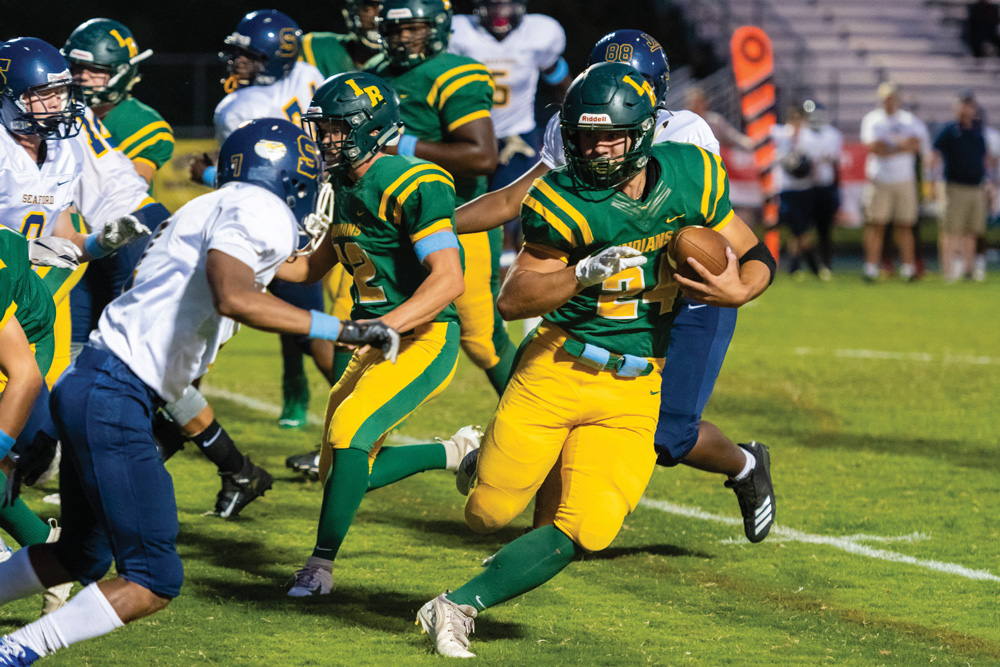 Indians pick up first football win of the year

The elusive win finally came last Friday night for the Indian River High School football team, in a 31-12 decision over visiting Seaford, thanks to a defense that was determined not to let a first-half lead go to waste.

Senior linebacker R.J. Rybicki was all over the field, to the tune of 13 tackles and two blocked punts, as the Indians allowed just 176 yards of total offense for the Blue Jays in this one. One of those two blocked punts led to a safety and two points for the Indians.

“We finally got one, and it feels good,” said head coach Phil Townsend. “The big thing I like is 15-6 at the half, and that the kids rallied in the second half. We didn’t give [Seaford] a chance to get back in the game. The last two weeks, against Poly and A.I., even though we out-executed them numbers-wise — and on paper you’d think we blew them out — but we made dumb mistakes, and we allowed those teams to stay in the game. This week, we put the nail in the coffin. Overall, I just like that everybody contributed in some way tonight.”

Along with Rybicki, the Indians got some key efforts from T.J. Burke, who had seven tackles and a fumble recovery, and JaQuan Floyd, who added six tackles and a sack.

The offense got some great balance across the running game from Dalton Hall, Ta’Jon Knight, and Nicholas Angelo. Dalton Hall had another game over 100 yards and scored once, while Knight chipped in 55 yards and a pair of touchdowns. Angelo added 53 yards.

Freshman Hayden Hall is really starting to get comfortable running the Indians’ triple-option offense, getting the bulk of the first-team practice reps in practices during the week. He went to the air only five times in the game, connecting with Lucas Weber twice for 21 yards.

“He’s been getting the reps at practice, and as you can see it is definitely paying off,” Townsend added of his quarterback. “It was tough for him getting thrown into it against Poly, but after that game we were able to polish some things with him.

“He’s taken the ball and is running with it. He looks like a junior or senior running the offense right now. He’s getting to the point now where he is reading the defenses much better, which is allowing us to be better play-callers. I think he is one of the better quarterbacks in the conference right now. He is a dual-threat that can run the ball and throw the ball.”

With the win, IR improved to 1-3 overall on the season. They will now hit the road for the next two weeks. First up is a showdown with the very tough and undefeated Spartans of Lake Forest (4-0) on Saturday, Oct. 5, at noon. Lake’s offense is averaging almost 32 points per game through their first four games, while the defense has been allowing just over eight points per contest.

Through both teams’ first four games they do have one common opponent — Polytech. The Indians fell to the Panthers 14-13, while Lake Forest rolled in their opener to a 41-0 win over Poly.