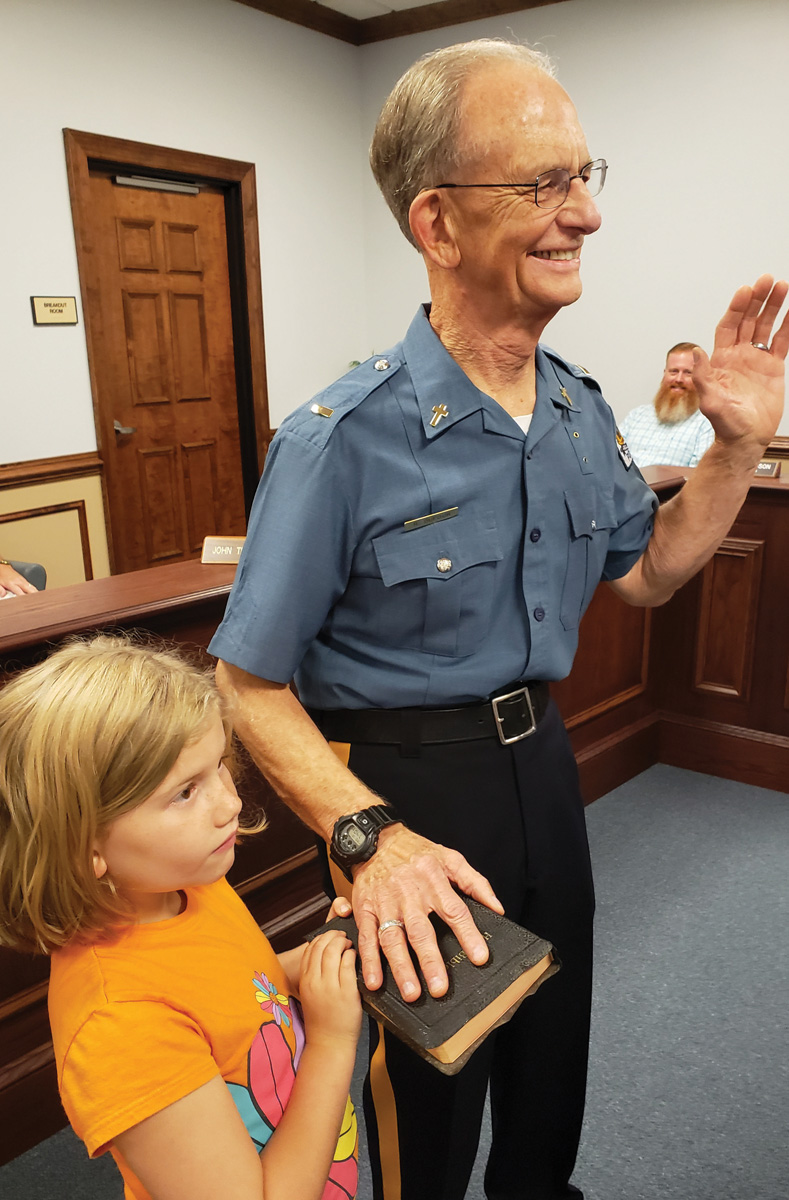 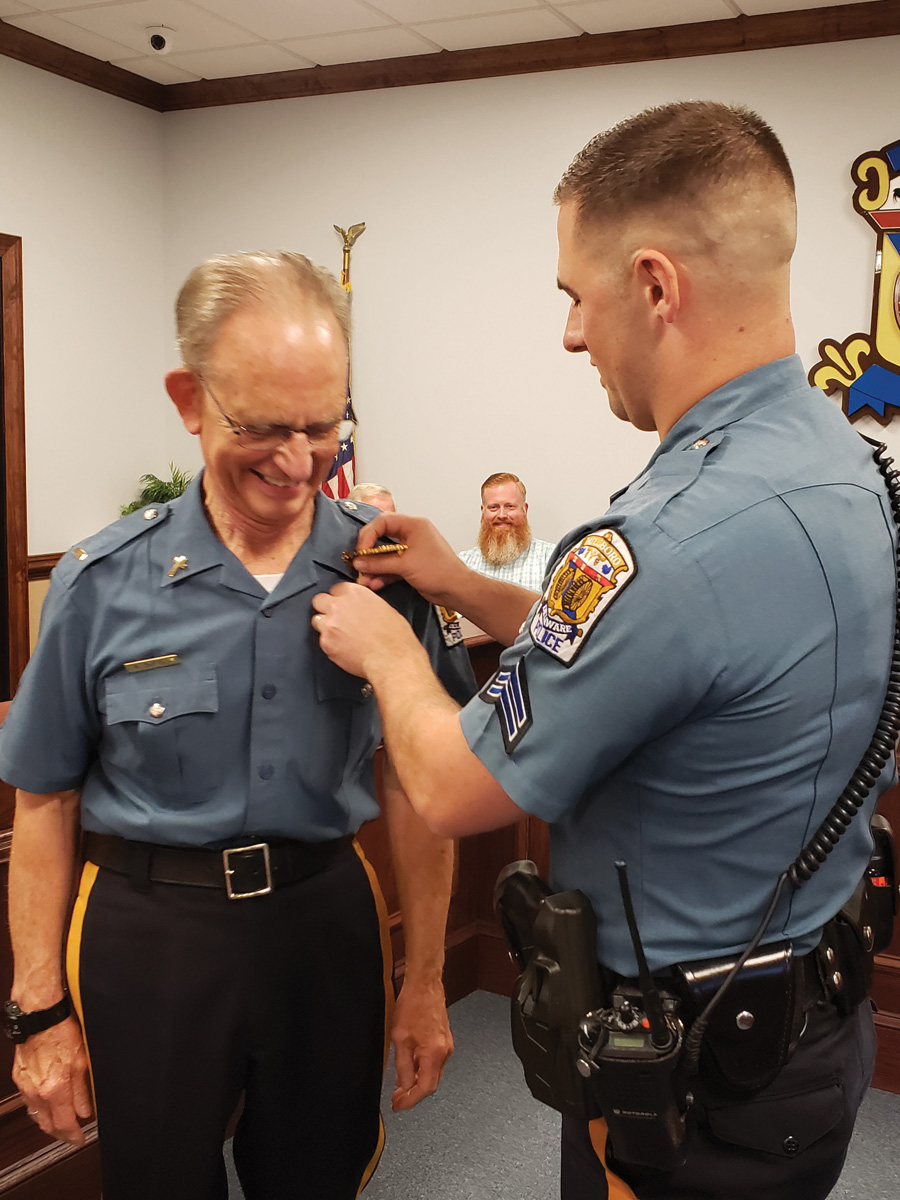 The Rev. Rod Dufour, smiling, returned the salute, and the two hugged as the members of the Millsboro Town Council and audience applauded, some dabbing at tears.

Moments earlier, the son had fastened a new badge on his father’s uniform, after the swearing-in by Millsboro Mayor Michelle Truitt, as the elder Dufour’s granddaughter, 6-year-old Claire Dufour, held the Bible.

Police Chief Brian Calloway shook hands with the new chaplain, who faced the audience, his hands resting on the top rim of the podium.

“My son pinned on my badge and he didn’t stick me, so thank God for that,” the pastor joked, smiling broadly and stirring laughter.

“So now I’m a lieutenant honorary — so my son’s got to salute me. That’s the only reason I’m doing this.

“My only weapon is the word of God. I know that and I’ll use that. That will be my guide. So thank you again. I appreciate it. I will do what I should do for this community. I’m so proud of our police and our first-responders. They daily put their lives out there. They get in the police car, and they don’t know what they are going to come against.

Police Chief Brian Calloway said he has wanted a chaplain for the department for some time, “and I knew from meeting Rev. Dufour, and his sense of humor, that he would be a good fit.”

In years past, the police department would have benefitted from a compassionate chaplain, available to visit officers or family members who were hurt or sick.

“We would have liked to have this earlier, but it was a little more complex than I realized — things like what type of badge does a chaplain have?” Calloway said, asking for council approval for the volunteer, part-time position. Approval was unanimous.

A resident of Georgetown and pastor 54 years, Rod Dufour is a native of Pontiac, Mich. His wife, Carol, died of cancer in January, and the Rev. Dufour suffered a heart attack a few weeks ago.

“When that happened, it got me zeroing in on things. I am going to sell my house and be free to do what God wants me to do,” he said, explaining that a chaplain counsels and encourages.

Taking direction from Calloway, he said, he might listen to an officer who has a family problem or is upset about an occurrence while on duty. He will ride along with officers while in uniform.

“I’ll be a lieutenant. It’s an honorary rank. I cannot carry a weapon. If they get into a situation when I’m in a dangerous situation, I can’t get involved,” he explained.

The father of four children — Michael, Christopher, Andrea Joy and Matthew — he said he often told them, “The best thing I ever did for you was marry your mother.”

“Oh, she was wonderful. From the time I met her until she went to be with the Lord, she was the same girl,” he said.

“Chief Calloway called me and asked me if I’d consider being the chaplain. I had met him before. They knew Matthew and everything. I considered it, and I prayed about it and decided, yes, I would do it,” he said.

“It’s a great honor. I don’t take it lightly. My wife and I — our goal was to take care of others and encourage them and be an example for Christ, and that is what I’ll continue to do,” he said.

“I’m honored. I really am honored.”