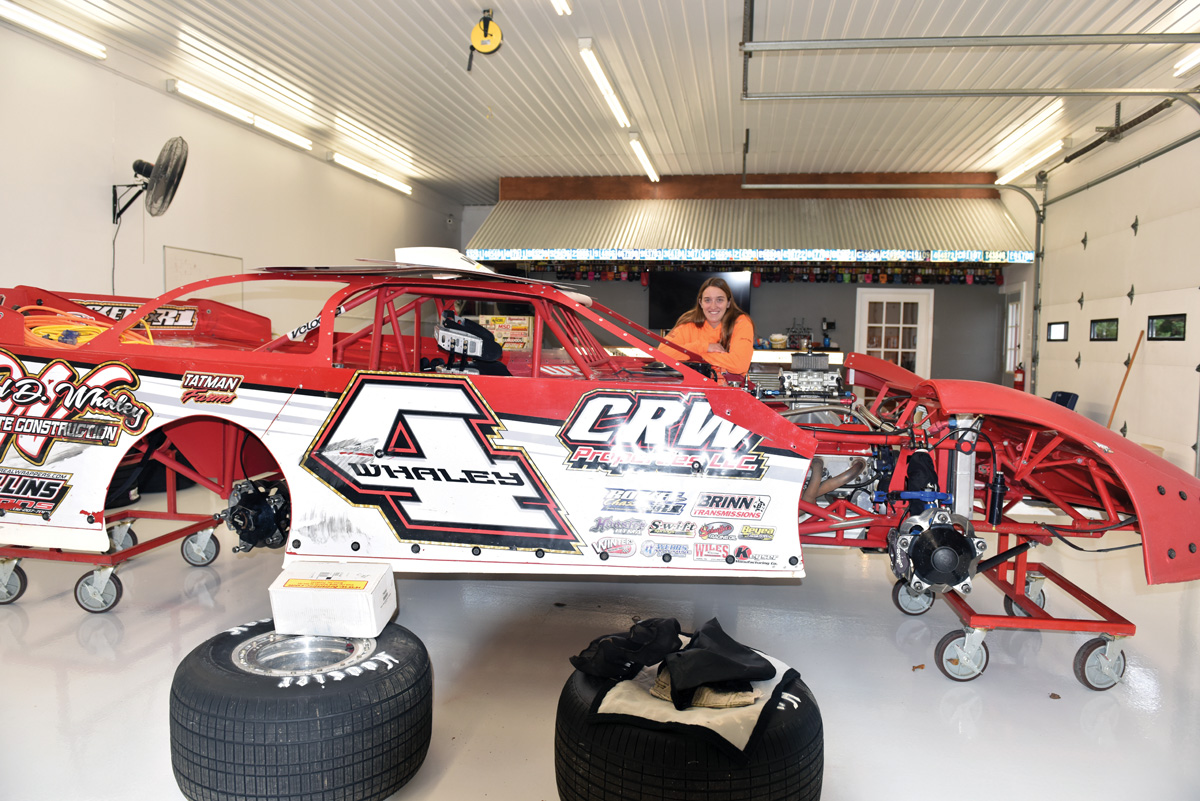 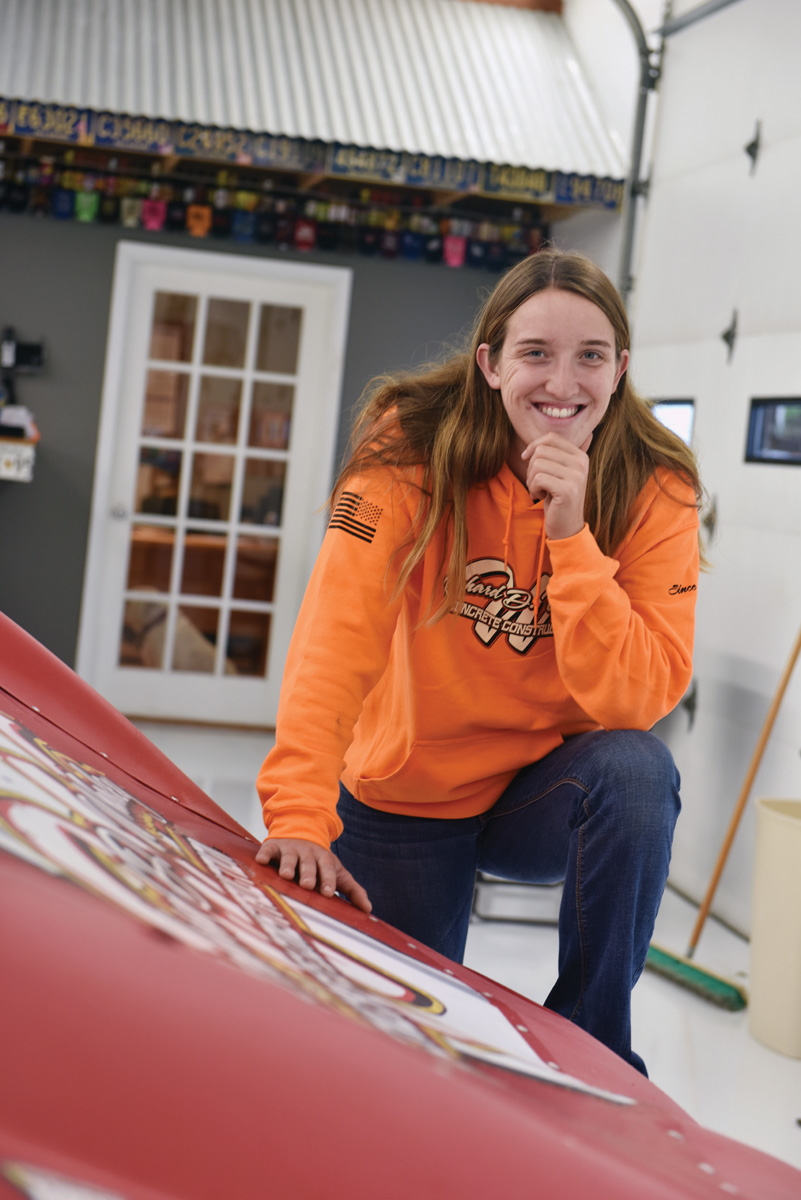 On Sept. 28, history was made at Delaware International Speedway in Delmar. That Saturday night, after 14 straight weeks of battling for the S.R. Pete & Sons Super Late Model Club Championship, time had come to settle it. Millsboro natives Amanda Whaley and Donald Lingo Jr. were the contenders. Whaley, who came into the race trailing Lingo by 15-points, hustled into the early lead, and held it through the first three quarters.

Just after mid-race, Whaley let Lingo slip by her as she watched championship points slip away as well. But she was defiant and determined not to lose the race. Whaley glued herself to Lingo’s back bumper, looking high and low for an opening, or just a crack.

With laps dwindling, Whaley saw a risky opening, broke through it, and burst into the lead. With Lingo trailing her, Whaley took the checkered flag, and in that moment, just a blink of an eye, a fraction of a second, Whaley became the first woman in track history to win the S.R. Pete & Sons Super Late Model Club Championship.

“That was pretty cool,” beamed the 24-year-old Super Late Model champion. “We’ve been battling all season. One night we were side-by-side and took each other out.”

In the beginning, Whaley wasn’t planning on competing for the championship. But after she won the first two feature races, giving her a huge lead in the points contest, there was no choice but to play it out.

Altogether, Whaley earned four wins and top fives in all but three of them, another accident and the third for mechanical problems.

“I feel like we’re finally starting to figure that out. I’ve learned a lot about these cars, and I can work on them. Sometimes, if I can’t explain the changes I want, I just get in there and do it myself. But communication with my crew is the key.

“It’s a lot of work with my crew members, and now it seems all of our hard work to be paying off for us,” she credited.

Like many successful racers, Whaley began her career racing karts. She raced mostly at Club Milton.

“I was 9 years old when I started racing karts,” she recalled. “We raced them for two or three years, and then we moved up to a Modified Lite car in 2007.”

Whaley raced Crate Late Models for two years, and then advanced to the car she races now, which is a Rocket XR1 chassis powered by a Clements Racing Engines motor.

Running a Super Late Model team takes more than one person, and Whaley has four. Her father, Richard D. Whaley, is her crew chief, and his company, Richard D. Whaley Concrete Construction, is her main sponsor. Working under him are Mike Givens, Brooks Griffin and Clay Tatman.

Is she going to defend her title next season? Definitely not!

“To be honest, the championship has been the most stressful thing I’ve ever done. So I think next year, if I can get some help, if Dad can get off work, we’re going to hit the road. We’re not venturing too far — just Pennsylvania, Maryland and Virginia. Definitely Maryland. There’s places I’ve ran before, and I want to get back to those tracks.

“I feel it’s less stressful than running for a points championship. You don’t have to worry about every little thing breaking every time you hit the track, and worry about having to finish in a certain position for points. It was all stressful. I don’t think next year will be as stressful. I want to go to Port Royal Speedway. We went opening day last year, and had a blast.

“I also want to line up some more World of Outlaws shows, like Shellsburg, Williams Grove Speedway and Lernerville Speedway. I feel like I can do better on the bigger tracks, and learn more racing those guys, learn more about what to do to the car. And I just want to have fun, that’s important.”