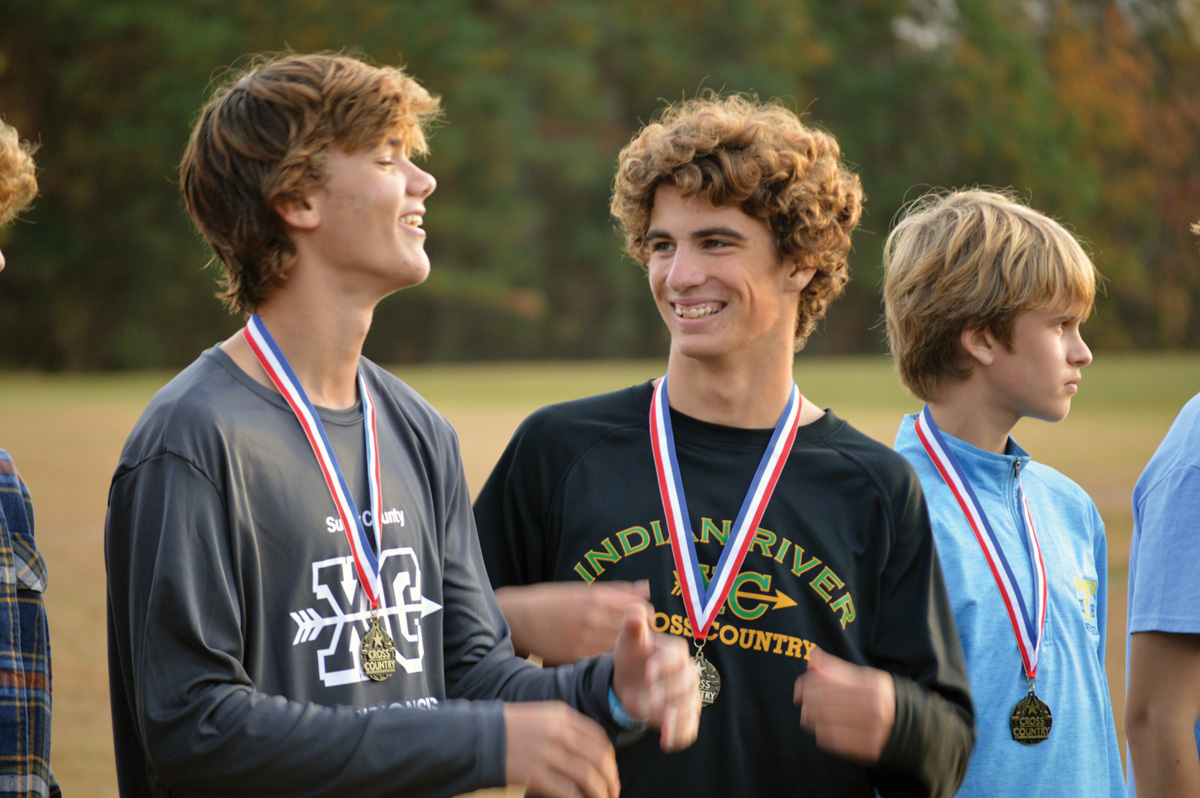 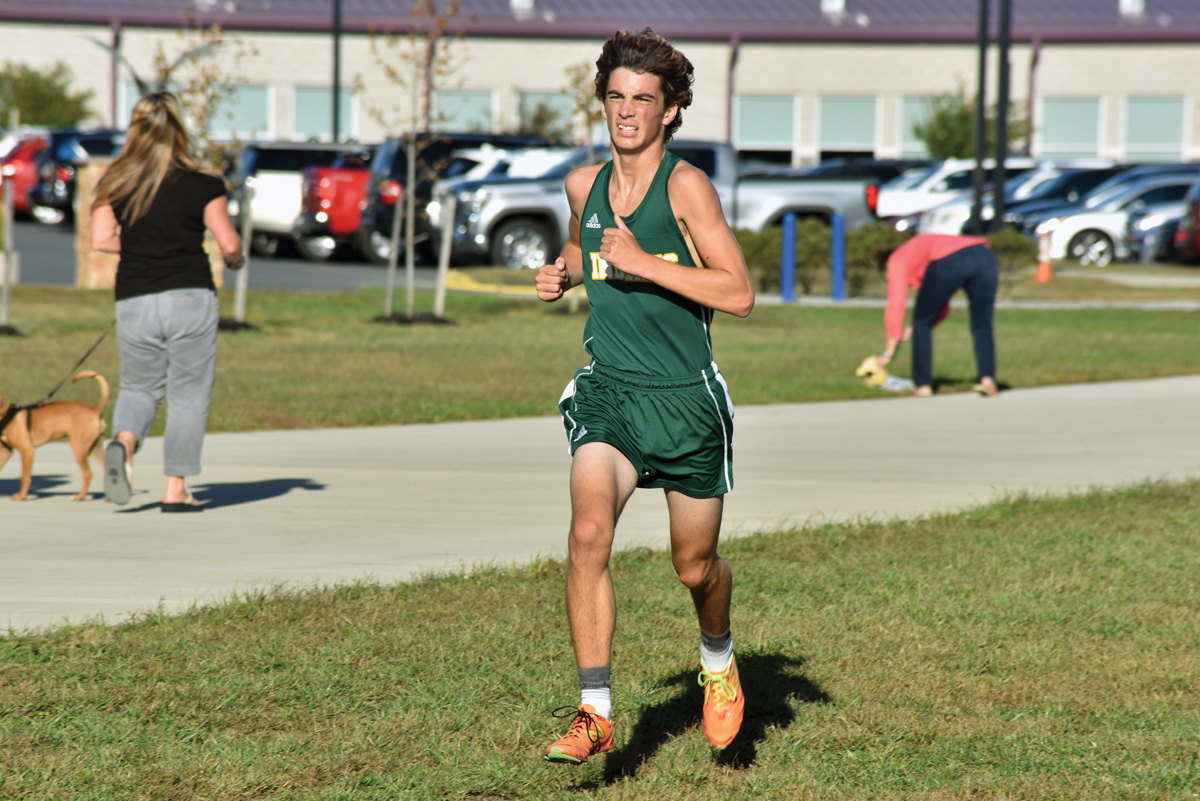 For many Indian River High School cross-country runners, the two-win tri-meet last Wednesday, Oct. 23, at Sussex Academy was their first time on Sussex Academy’s Georgetown campus course. It’s the same course they would be running a week later for the Sussex County championship meet. It was a great opportunity to get a test-run before the post-season runs begin.

IR’s R.J. Seneny was one of those who were green to the course. After finishing second overall (17:07 minutes) and first for the Indians, Seneny said, “This is a new course to me personally. It was a pretty nice course overall, but there were some divots and roots out there that I had to get around. So now I want to get my time down here. I got a look at the place.”

Declan Burke was just a tick behind Senseny. Burke toured the course in 17:49 minutes. IR runner Christian Galindo-Lopez was the last runner in the 17-minutes time zone, with a run of 17:55 minutes. Finishing sixth through eighth, respectively, were Indians Colin Hudson, Ben Spencer and Jackson Donnelly.

IR junior Emma Barthelmess led the girls with a 22:36 minutes cruise through the course, finishing 30th overall, which was midway through the 60-runner field.

“I felt good out there, and it was nice to see the course before we actually run it for the county championship,” she described. “It’s nice to know where the divots are so you can avoid them. I’m really looking forward to the championship ahead in the next few weeks. It’s what I’ve worked for all season, and I’m really excited, and I’m looking forward to them. I’ve been working hard this season, so now we’ll see.”

The Indians’ girls fell to Sussex Academy (45-16). There was no score kept for the Seaford race, as they don’t have enough runners for a complete team.

“Everyone knows, in life the second time around is easier,” IR head coach Rick Hundley said of his runners, who were there for the first time. “It was a good preview of next week. Almost all of the girls and boys — nearly everyone — PR’d today. Now they know what they have to beat. Their training has paid off. We’re doing a little higher-intensity training, and now they’re ready to take on the next level of competition. They’re getting out faster, and can hold top speed longer, their kicks are stronger, and everything is coming together.”

The Indians began the post-season portion of their schedule on Tuesday, Oct. 29, with the Sussex County championship meet at the Sussex Academy course.

The IR boys’ team had an impressive showing, finishing second overall out of the nine teams participating. Juniors Declan Burke and R.J. Senseny were the top finishers for the Indians, at seventh and eighth, respectively, with their times both coming in under 17 minutes. Burke crossed at 16:49, while Senseny was right behind him, at 16:55. Their times and finishes were good enough to received Top 15 medals for the meet.

Those five Top 20 finishes allowed the Indians to earn 65 team points, trailing only Cape Henlopen, who finished with 23 points. Cape’s Ethan Edery won the race with his 16:05, while teammate Julian Callaway was second, at 16:24. The Vikings saw all five of their top runners finish inside the Top 10. In cross-country, much like golf, the lower scores win.

On the girls’ side of things, the Indians placed fourth overall out of the seven teams in attendance. IR’s top finisher was junior Emma Barthelmess, with her time of 22:01, which was good enough for 16th place. She finished just outside the Top 15, which would have earned her a medal. Lexi Hall came across at 23:03 (21st), while Talia Curcio clocked in at 23:52 (24th). Rounding out the top five for the Indians was Brianna Cedeno at 23:53 (25th) and Sarai Rojas-Vicente at 25:09 (29th).

Cape Henlopen also won the girls’ overall competition, as they had three runners finish in the Top 10, including the winner of the race, Katie Kuhlman, who broke the ribbon at 19:19.