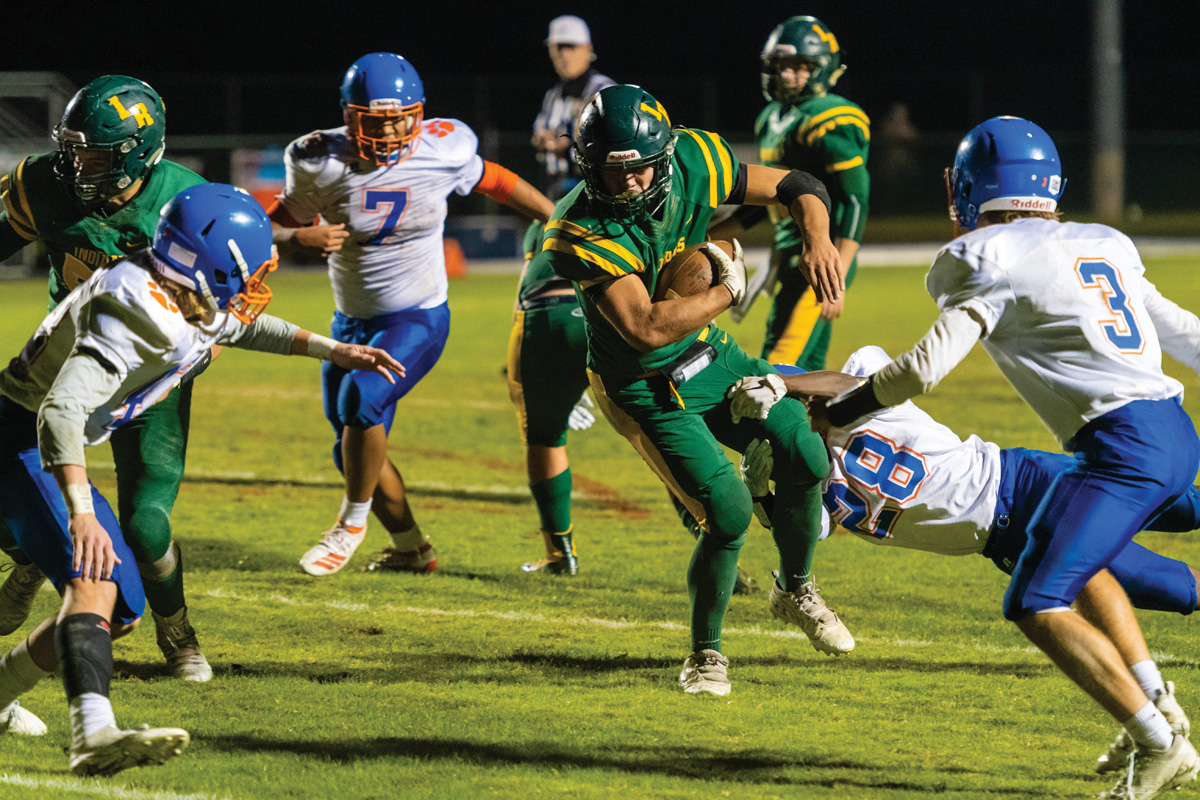 That in and of itself proved to be an uphill battle, and was clearly a recipe for disaster against a team the caliber of the Raiders. With Woodbridge scoring 51-0 in the first half, they cruised to a 58-0 win over the Indians, leaving head coach Phil Townsend, his staff and the members of the team scratching their collective heads for answers with just two games left in the season.

“We weren’t focused coming into this game at all,” Townsend admitted after the game. “On Tuesday or Wednesday, there was close to 15 kids absent from practice, and that’s where it starts. I told them, ‘You can’t ace the test on Friday night if you miss two or three practices,’ and that’s what’s happening. A lot of guys are picking and choosing when they come to practice. They are picking and choosing what they want to do. We have to have continuity. We cannot be successful like that. Sure, injuries are killing us, but [Woodbridge] is not a 58-0 team over us.”

The Indians mustered just 76 yards of total offense in the game, on 40 plays, with running back Dalton Hall accounting for 58 of those yards. With very little around him, teams are keying on him and looking to take him out of the game.

The rest of the Indians amounted to -12 yards on the ground and 30 yards through the air.

“Couldn’t really get anything going. I mean, they targeted Dalton every play, with their two middle linebackers keying him,” Townsend admitted. “Right now, he is our power back, and unfortunately we couldn’t get anything going with him. They’re a good football team. Just disappointed in some of the attitudes and some of the behavior this week.”

Woodbridge (8-0) sliced and diced their way to 383 yards of total offense, with 349 of those coming on the ground. Speed and power from the Raiders was just too much for the Indians’ defense, who were playing without their leading tackler in senior linebacker R.J. Rybicki, due to injury.

Having lost four quarterbacks already this season, and a number of others, due to injury, the Indians — now 1-7 on the season — will look to regroup as they hit the road to take on St. Elizabeth this Saturday night at 7:30 p.m. The game is being played at Caravel Academy.

“Moving forward, we just have to find 11 guys that want to mesh together, continuity, and go for a win against St. E’s,” concluded Townsend. “From a team that played against Delmar [on Friday, Oct. 18] to tonight [against Woodbridge], it’s a totally different team. I think part of it is [Woodbridge’s] record. You got to have heart, and you have to overcome that.”

After the St. Elizabeth game, the Indians will host North Division rival Sussex Central on Thursday, Nov. 7, at 7:30 p.m. in what will also serve as Senior Night.