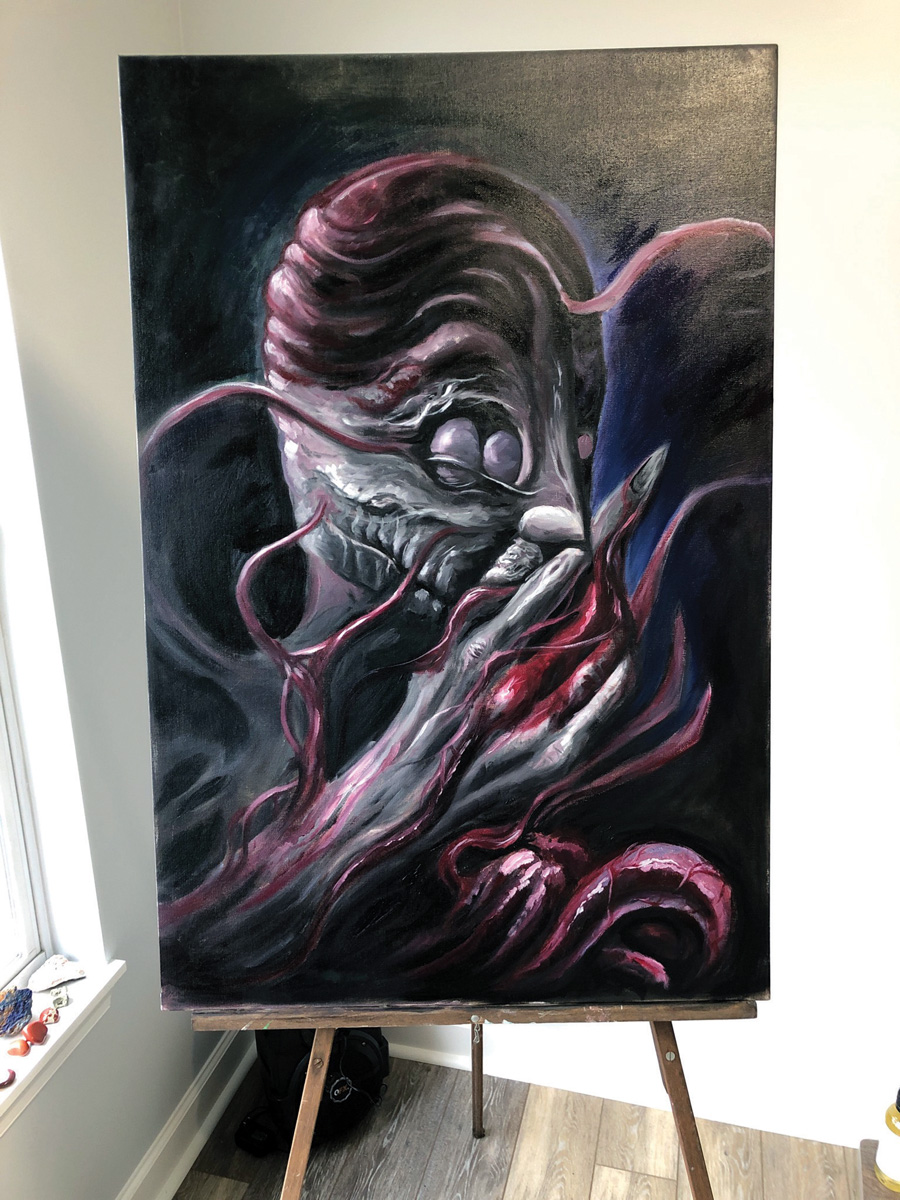 Works from tattoo artists from across the country will be on display at Second Sun Gallery in Dagsboro starting this weekend.

Opening night of the show, free to the public, will be Sunday, Nov. 3, from 5 to 9 p.m., offering guests “some good art and great vibes,” said Nicole Foy — who, with her husband, Sean, is a tattoo artist and owner of the shop.

The show will continue through the winter at Second Sun, located at 30838 Vines Creek Road. Walk-in hours are 11 a.m. to 3 p.m. Wednesday through Saturday. For more information, see the Instagram or Facebook pages under SecondSunGallery or call or text Foy at (908) 873-7050.

“It’s looking like we’ll have at least works from 10 artists, including myself, my husband and the five guys over at Tough Luck tattoo shop in Lewes. We also have pieces coming in from our peers in North Carolina, New Jersey, Pennsylvania and California. Everything is 2D works on canvas — charcoal, oil paints, acrylics — aside from my sculptural piece, which will be suspended from the ceiling,” Foy said.

She and her husband are from New Jersey and New York City, respectively, and relocated to Sussex County in July 2018, after the birth of their second son, Quinn.

Interestingly, that’s how the shop was named — for the second son.

“Our family has gone through a lot as a result of being in this industry, and we often feel like this is also our second time around the sun, our second chance to do this right as a family. We had not planned on opening a studio for several years; however, the location actually fell into our lap and we couldn’t say no. It would seem that the universe had bigger plans for us.

“Ironically enough, I was asked to paint a mural for the Delaware Botanic Gardens, so it would seem that there really is something special happening in the Dagsboro area, and Sean and I are so grateful to be a part of it.

“Fine art and tattoos go hand in hand for us,” she added. “We are very passionate about our work, both on skin and off, and we want to share that with everyone.

She credited Kris Worth of Tough Luck for welcoming her family to Delaware and suggesting a show.

Tattooing, Foy said, is finite and permanent, allowing the artist to “play it safe so often.”

“As far as the show, I think we’re in store for a real treat,” she added. “I think there’s going to be a lot of painterly approaches using oils from some of our realism-surrealist artists, and I have a feeling we’re going to see some bugged-out imagery with some traditional flair from our more traditional-based artists.

“I personally express my visions in sculpture using fiber and other mixed media, and symbolism is always my primary focus when I create, so it will definitely get deep, maybe even a little weird.

“I didn’t want to have any expectations other than for the artists to create a piece that reflected the artists’ ideals and philosophy. … I wanted these guys to have fun and let loose. It’s so rare that we get to do that,” she said.

Sean Foy’s background in art stems from the graffiti and the underground counterculture of the 1990s in New York City, while his wife’s background is in fiber, fine arts and floral design.

“We wanted our gallery to be something this area hasn’t seen before and to push the boundaries of the safe and comfortable. There will be no beach scenes at our gallery; however, you can certainly enjoy our marsh views to take in the real thing,” Foy said.