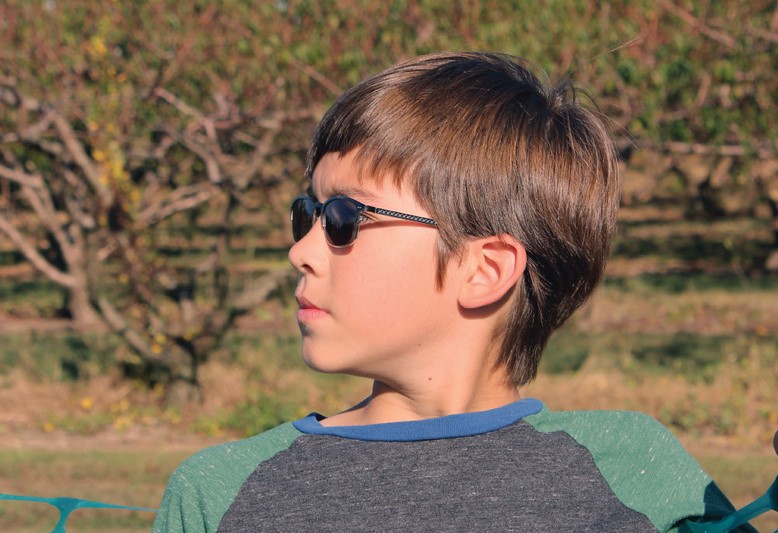 Young bilingual author to present his latest book at library

Máximo César Castellanos, an 11-year-old fifth-grader, will present a reading from his latest book, “The Haunted Swamp,” at the Frankford Public Library on Saturday, Nov. 2, at 11 a.m.

“The Haunted Swamp” is the sixth book that Castellanos has written. Not only has the Georgetown resident written six books, he has written them in both English and Spanish. He will be doing his reading at the Frankford Library in both languages, as well.

According to Castellanos’ mother, Allison Castellanos, he started creating stories with drawings when he was just 3 years old. By 4, he had discovered comics.

“Once Máximo learned to read and write, he began writing chapter books,” she said.

The series, of which “The Haunted Swamp” is the latest installment, follows a group of boys on a variety of adventures. All are available in print on Amazon.com for around $10, as is his very first book, “Peter.”

The Coastal Point recently caught up with Castellanos after school, for a chat about his books. He attends Most Blessed Sacrament School in Berlin, Md. His first book, “Peter,” he said, is about “a poor boy who met an alien, and they became friends.” The first book in the current series, Castellanos said, was written when he was 7. In it, the boys hunt for Bigfoot.

“Ever since,” he said, “they have encountered a lot of other monsters.”

While his books can take place “all over the world,” he said that the series takes place in Virginia for the most part.

Asked where he gets his inspiration for his accounts of the boys’ adventures, he said “my surroundings, mostly. Just everything.” As for his favorite book, he said he can’t choose — but lists Dr. Seuss, Roald Dahl, J.R.R. Tolkien and J.K. Rowling as his favorite authors.

Castellanos said his writing process is basically the same, no matter which language he writes a book in.

“I write it in one language and my parents help me translate it.” Some are written first in English, some in Spanish.

Perhaps surprisingly, Castellanos said his favorite subject in school is not writing, but both “math and science.” While he said he sees writing as “mostly a hobby,” he added, “I would like to write books my whole life,” while pursuing a career. Right now, he said, his preferred career might be a soccer player — he plays for the Henlopen Soccer Club — or a priest. He said church is important to him, and he would like to inspire people.

Castellanos said he enjoys writing books because “I like the fact that other people can enjoy my stories,” for which he also provides illustrations.

Likewise, he said he enjoys reading his books to others. Castellanos will be doing exactly that – in both English and Spanish — at 11 a.m. on Saturday, Nov. 2, at the Frankford Public Library, 8 Main Street, Frankford. He will answer questions in both languages as well.

Copies of his latest book will also be for sale, and he will be signing them.