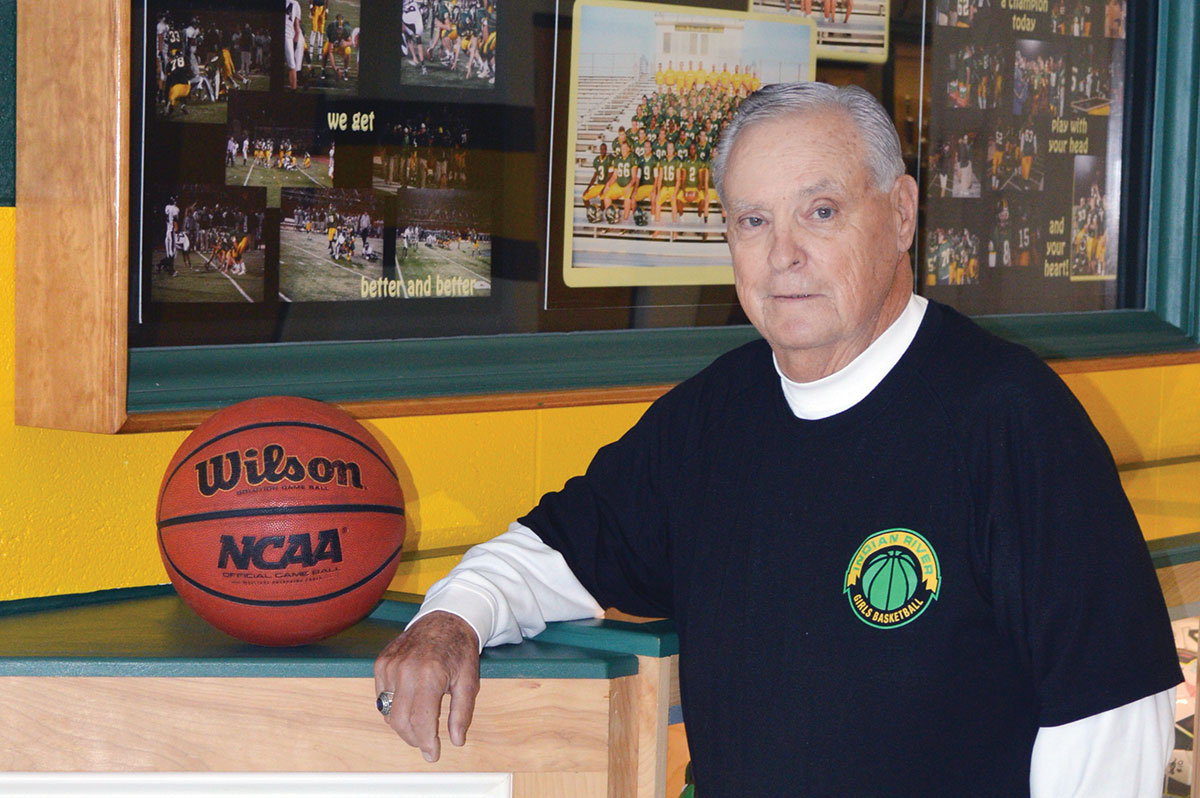 For more than 50 years, Pat McCrea has been a mainstay along the sidelines of high school basketball programs in Pennsylvania, New Jersey and Delaware. He’s been a winner everywhere he’s been along the way, and now he is hoping that past success will turn around an Indian River High School girls’ basketball program on its third coach in three years.

McCrea is taking over the girls’ program from Paul Weisgoff, for whom he served as an assistant during the 2018-2019 season. He has plenty of familiarity with the girls he inherits for this year’s team.

“Been involved in coaching since I was 17 years old,” McCrea said. “I still enjoy the game. I enjoy being with my players, trying to impart the knowledge of basketball, especially with girls. I want them to be able to recognize a zone [defense] or a man [defense]. I want them to sit down and watch a college game and know what’s going on.”

McCrea got his early start on the hardwoods leading the seventh- and eighth-graders of a parochial school in Philadelphia. They were able to win a couple of championships during those early years. From there, he went on to his first varsity job as the head coach at the former Bishop Eustice. They were winners of the conference four out of five years. Following that, McCrea crossed the Delaware River to coach the Brooklawn (N.J.) team in winning seven conference titles.

The veteran floor general then moved down to Sussex County, where he started coaching at Millsboro Middle School in the Indian River School District. He would lead the young Spartans for eight years. He was pulled back into the high school game, taking over as the head girls’ varsity coach Delmarva Christian. He was awarded Coach of the Year honors, while his Royals team won the ESIAC conference championship.

The long drive up to Georgetown from his home in Dagsboro became too much for McCrea, and he felt like it was a good time to step away from the game. That “retirement” was short-lived, as he was summoned to Indian River to be the assistant coach last year.

Now, he takes over an Indians program that will look to replace All-Conference honoree Julia Jordan as well as Janasia Satchell. Early numbers are low, according to McCrea, but he is hopeful that as some of the fall sports wind down, and word gets around that he has taken over the program, more will start to funnel in.

“We have 12 girls right now, but I would like to see us have more, for sure,” admitted McCrea, who has been married to his wife, Patsy, for 53 years. “We have some athletic girls coming out, and I am really looking forward to getting started with them. This will certainly be a challenge, but as long as the girls learn every day, and enjoy the game, it will be a success. I really enjoy trying to develop young players.”

More on McCrea — During his youth, McCrea was lucky enough to play in the Little League World Series in Williamsport, Pa. He would earn himself a baseball scholarship to Temple University in Philadelphia. He retired from work as a teacher after 54 years in the classroom.