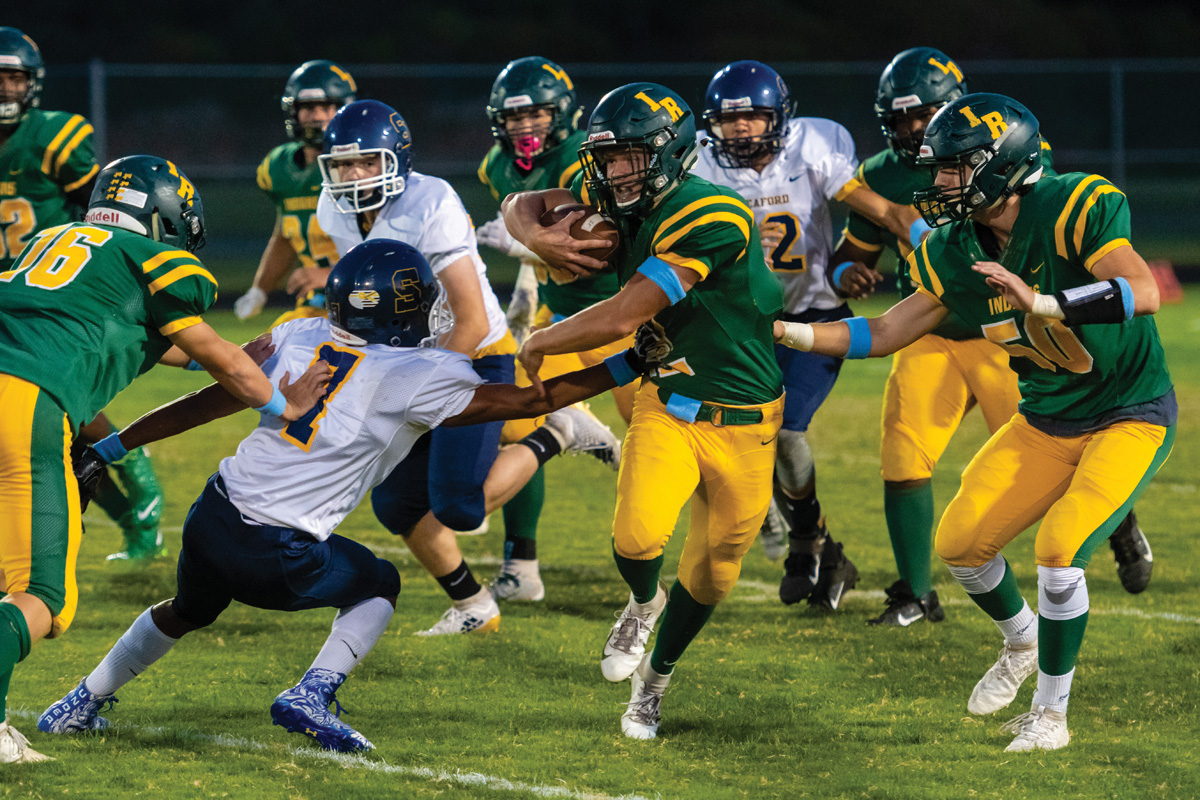 It had been more than a month since the Indian River High School football team had tasted the sweet nectar of victory. Injury after injury, and tough break after tough break, had led the Indians to four straight losses during the month of October.

Last Friday, Nov. 1, that losing slide came to an end, thanks to an early offensive effort and a surprising rushing attack led by senior JaQuan Floyd as the Indians defeated St. Elizabeth, 24-21, at Caravel Academy.

“We played four hard quarters of football,” said head coach Phil Townsend. “It was a group effort with special teams — River Vickers’ 32-yard field goal — offense and defense. Putting Jaquan Floyd in the backfield was exciting to see. We stayed healthy, and the guys enjoyed the win.”

Vickers’ right leg and foot combo proved to be the game-winner as IR held off a late comeback bid by Vikings.

The Indians’ offense racked up 331 yards in the game on 57 plays. Floyd, a senior who had been converted from the offensive and defensive lines, carried it 18 times for a game-high 147 yards, including two touchdowns. Classmate Ta’Jon Knight added 69 stripes on 13 attempts and the other touchdown for the Indians.

Sophomore Dalton Hall added 90 yards on 17 rushes as he closes in on a potential 1,000-yard season. He is roughly 130 yards away from that milestone.

Quarterback Reagan Dunn didn’t need to get too involved in the passing game, connecting on one of his three attempts for 6 yards, which went to Knight.

Defensively, the Indians allowed just 235 yards of offense for St. Elizabeth. The unit was led by the return of their tackling-leader and senior captain R.J. Rybicki, who was in on 12 tackles, two sacks and a fumble recovery. Floyd also had himself a nice day on defense as well, with eight total tackles and a pair of sacks.

The Indians were set to wrap up their 2019 campaign with a home date against district rival Sussex Central on Thursday night, Nov. 7, after Coastal Point press time. It was also Senior Night, on which the athletic program honored Rybicki, Moore, Floyd, Knight, Nicholas Angelo, Adam Bordeau, Jodiah Morris, and Ramond Turner.

Results from the game will be on the Coastal Point sports Facebook page.