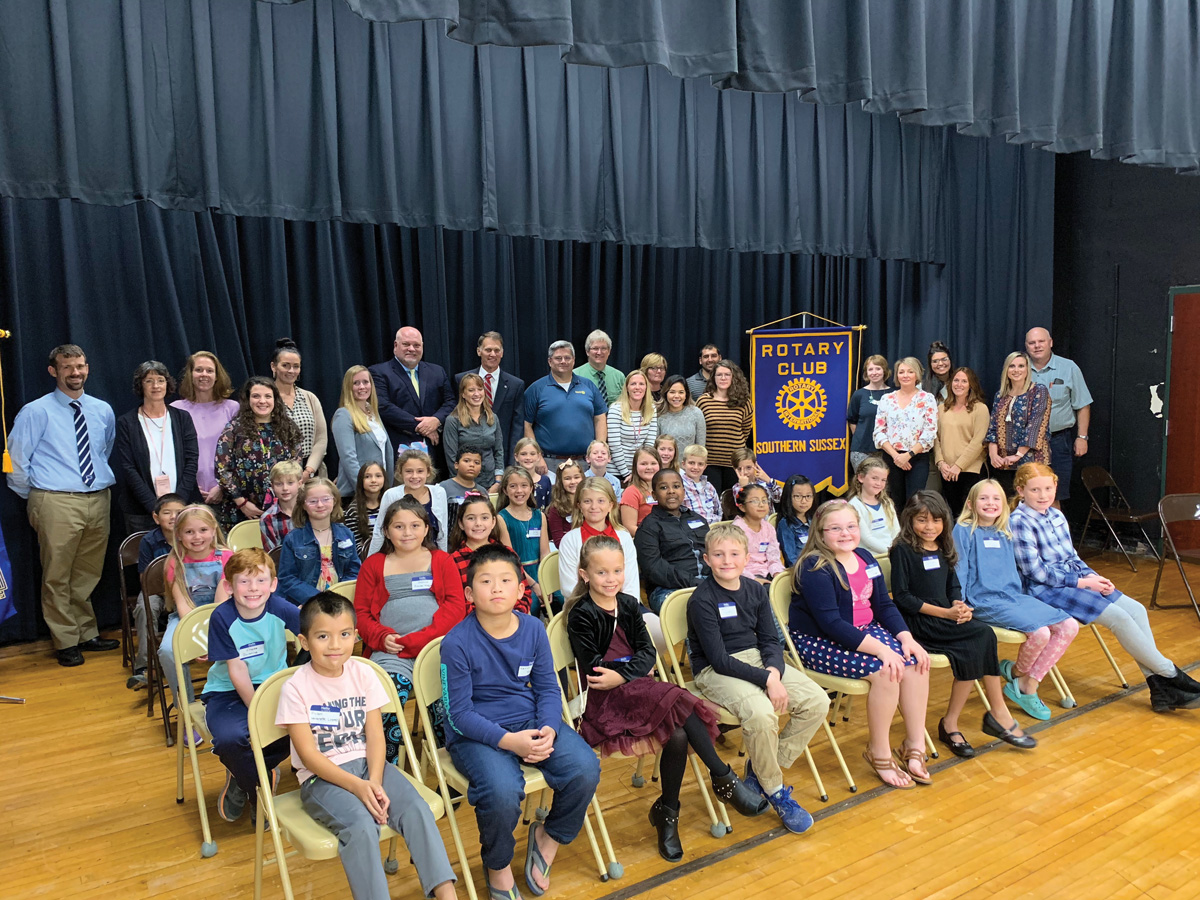 The spelling bee took place on Monday, Oct. 21, with 30 students from John M. Clayton, Lord Baltimore and Phillip C. Showell elementary schools, as well as the Southern Delaware School of the Arts. This was the fifth year that Brendan Crotty, Rotarian, organized the event, and many Rotarians, administrators, teachers, and volunteers helped make it possible.

Lord Baltimore Elementary School Principal Pamela Webb wrote to organizers, “Brendan — just wanted to thank our supportive community and Sussex Rotary for sponsoring this event for our third-grade students. Our students always amaze us each year with their perseverance and confidence to shine on the stage in front of such a large crowd. Congratulations to all of the participants — a job well done!”

Sponsors provided prizes for the winners:

• Fourth prize — a gift basket including a $25 gift card to Comics & Games in Bethany Beach and two books.

• Fifth prize — a gift basket including a $25 gift certificate donated by an anonymous sponsor and a $10 gift card to Chick-Fill-A donated by Mountaire.

Mountaire donated many prizes, toy chickens and gift cards for the event, and will be featuring the winner and runner-up in the upcoming Selbyville Christmas Parade. Clayton Theater in Dagsboro donated many movie tickets. Crotty and KW Realty provided a word search. Toy Corner gift certificate was donated by Scott Smith of Edward Jones. Rita’s Ice in Bethany Beach donated a gift certificate and toy. Bonkey’s Ice Cream gave each student a $1 to $2 gift card in each bag. Custom Mechanical provided a maze, pen, football and coloring wheel, and donation of Jolly Roger tickets. Three Blond Bakers donated fudge.

In addition, Southern Sussex Rotary had backpacks made for each participant in the event.