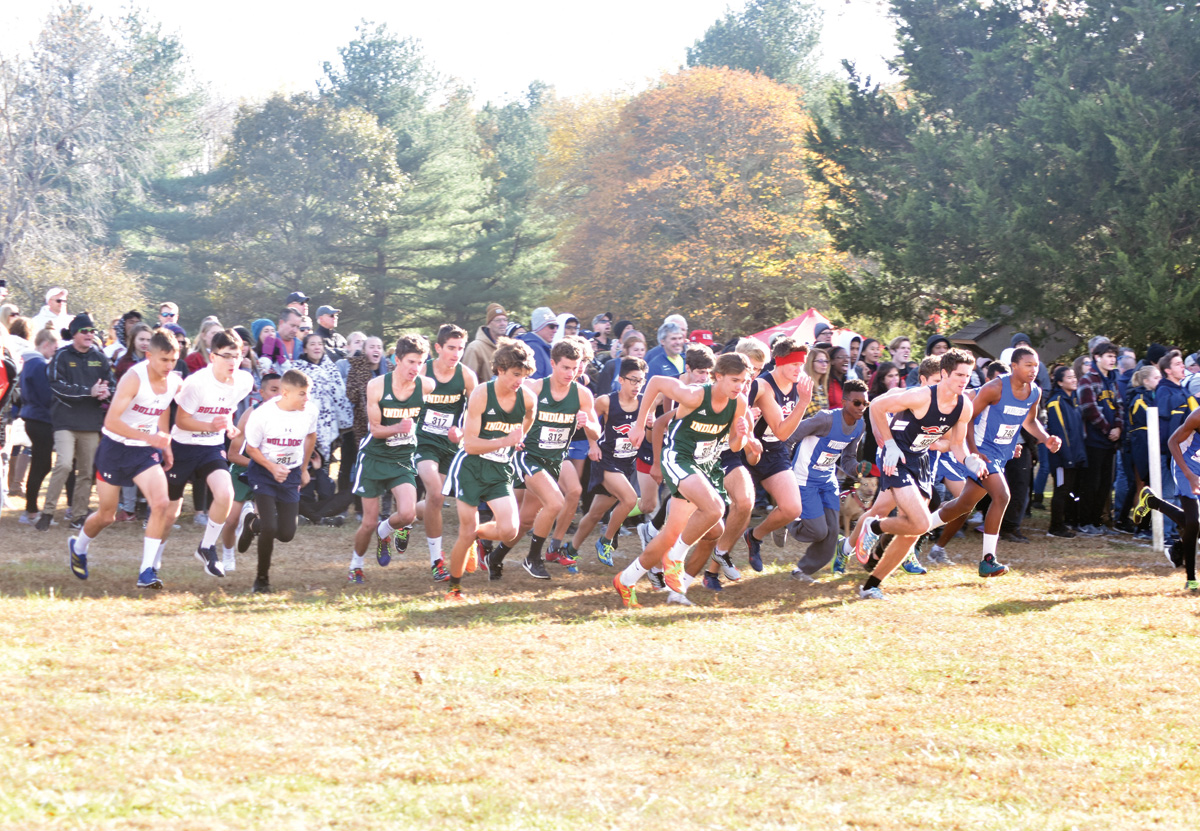 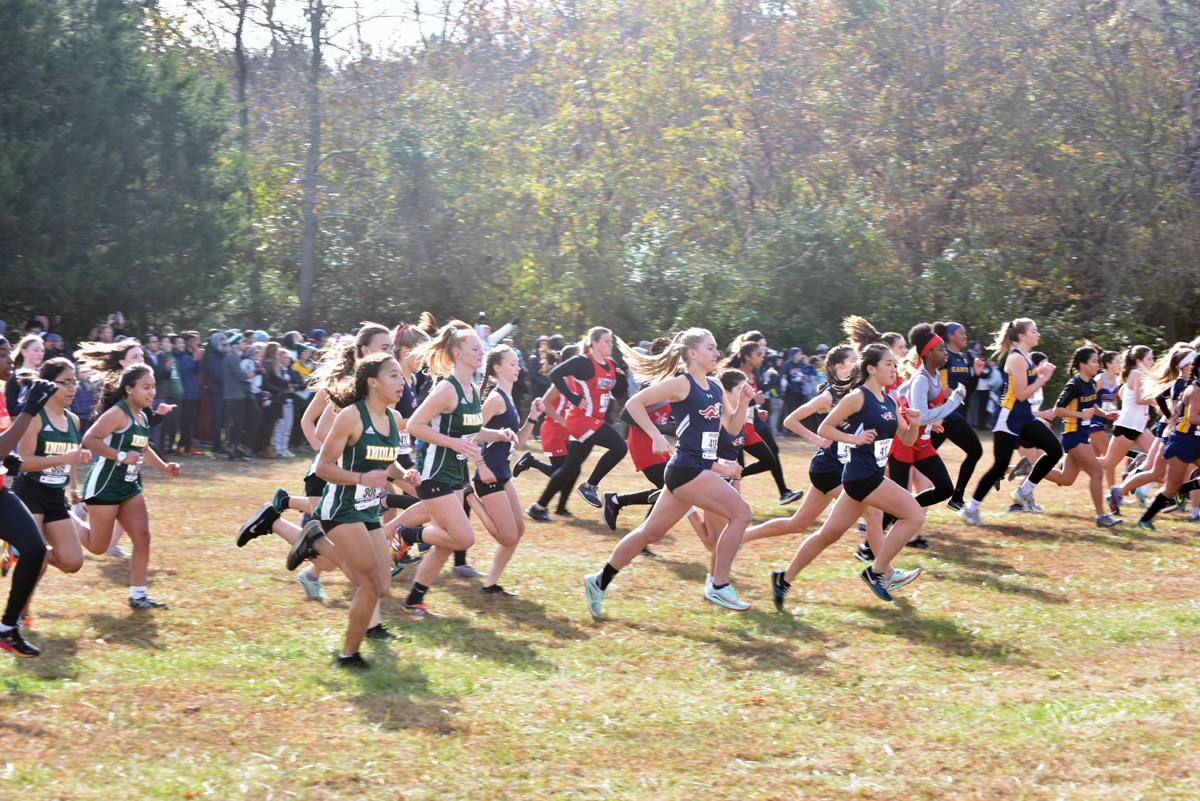 Since their season began with the Lake Forest Invitational at Killens Pond State Park back in August, the Indian River cross country team has been focused on one goal: winning the DIAA Division II State Championship. A lofty goal for a young team struggling to find cohesion after two years of different coaching styles from two different head coaches.

That goal, unfortunately, was not realized this season, but they are well on their way to getting there. The Indians’ boys’ finished ninth overall in the team standings out of the 30 teams participating. They were the top Henlopen Conference team of the Division II entries.

Wilmington Friends took home the team championship with four runners finishing in the Top 15. Tatnall and Archmere Academy followed up in second and third place in the team standings. Tatnall’s Declan McDonnell was the overall individual champion with his time of 16:03.90. Sussex Academy’s Jake Mundok was the best finisher from the Henlopen Conference in the Division II race with his time of 16:53.30, which was good for 10th place.

IR’s season started out slow, losing their first three outings before getting a confidence-building 20-41 win over Lake Forest. The confidence continued growing, personal records improved with each meet. Their varsity record was 7-3, and they won the Henlopen Conference South Division title. They also finished second overall in the Sussex County Championship meet.

“That’s my best time ever here,” Burke beamed. “It’s a tough course. A couple of hills and conditions today. We kind of took it easy this week. We just did a couple of long runs this week, but mostly we took it easy.”

“This is a big meet. A lot of nerves, a lot of anxiety comes into play, and it effects every team here,” Hundley said.

Senior Christian Galindo Lopez turned an 18:24.30 lap around the course followed by junior Ben Spencer, who dialed in an 18:37.20 trip finishing fourth for the team. Fellow junior Colin Hudson rounded out the Indians top five with a time of 18:42.80.

On the girls side, lead runner Emma Barthelmess was absent from the race with a leg injury that she nursed all week, but still wasn’t able to compete at the risk of further injury. That put the pressure on junior runner Lexi Hall, who delivered a 24:27.90 cruise around the course. Seniors Talia Curcio and Josheline Altrete were the second and third Indians finishers posting respective times of 24:42.60 and 25:34.60. Fourth and fifth across the finish line for IR were sophomore Brianna Cedeno (25:41.70) and junior Sarai Rojas-Vicente (25:56.10).

Ursuline Academy took home the team championship followed by St. Mark’s, Newark Charter, Conrad, and Archmere Academy. Tatnall’s Lydia Colasante won the overall individual state title with her time of 18:48.90. Lake Forest’s Josephine Ledford was the top finishing runner from the Henlopen Conference in the Division II race with her time of 19:51.90, which saw her take home 11th place.

“The boys ran OK, they didn’t have a great day, but like I said they’re a relatively young team when it comes to racing in these big meets together,” Hundley explained. “We needed them all to run just a little bit better. They are ninth overall, and the score between ninth back to sixth place was pretty tight. We could have easily been in one of those positions, if everybody had run closer to their personal best.

“Next year, we lose only one senior, so we’ll be back at it. Our goal is to win a state championship. Always has been, and always will be,” concluded Hundley with a smile.