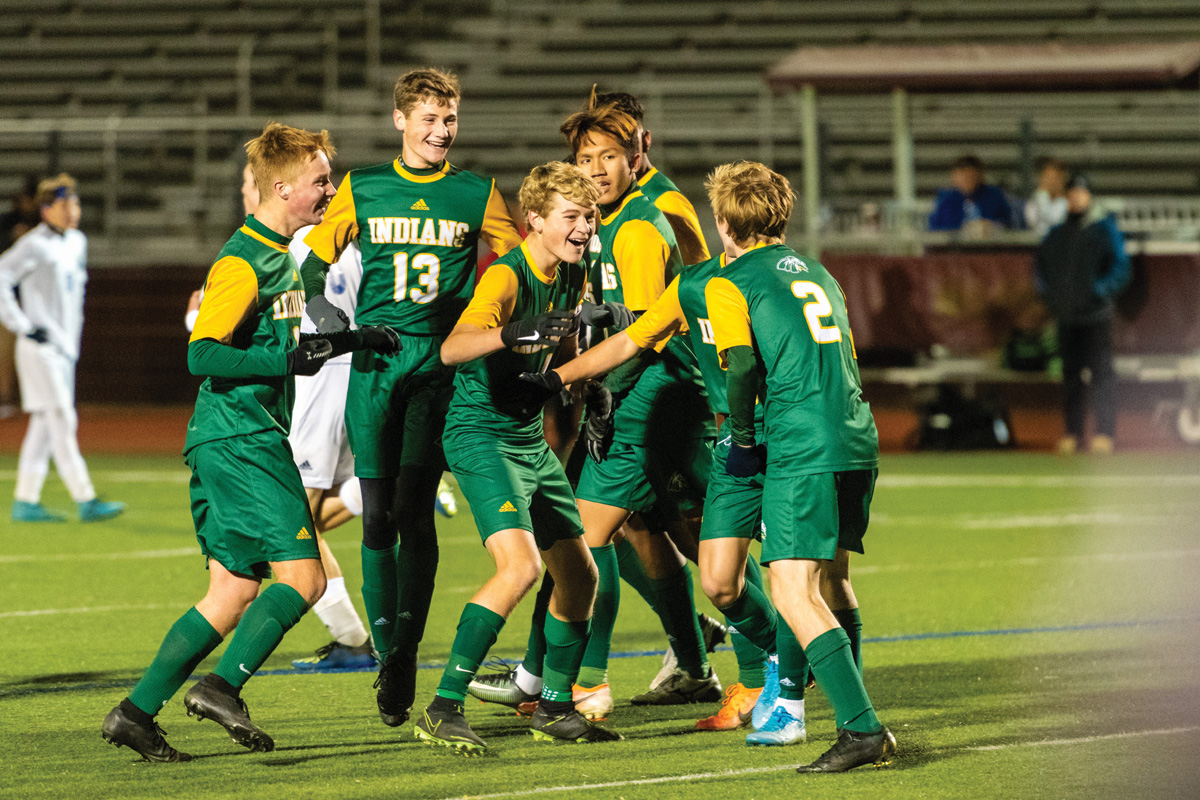 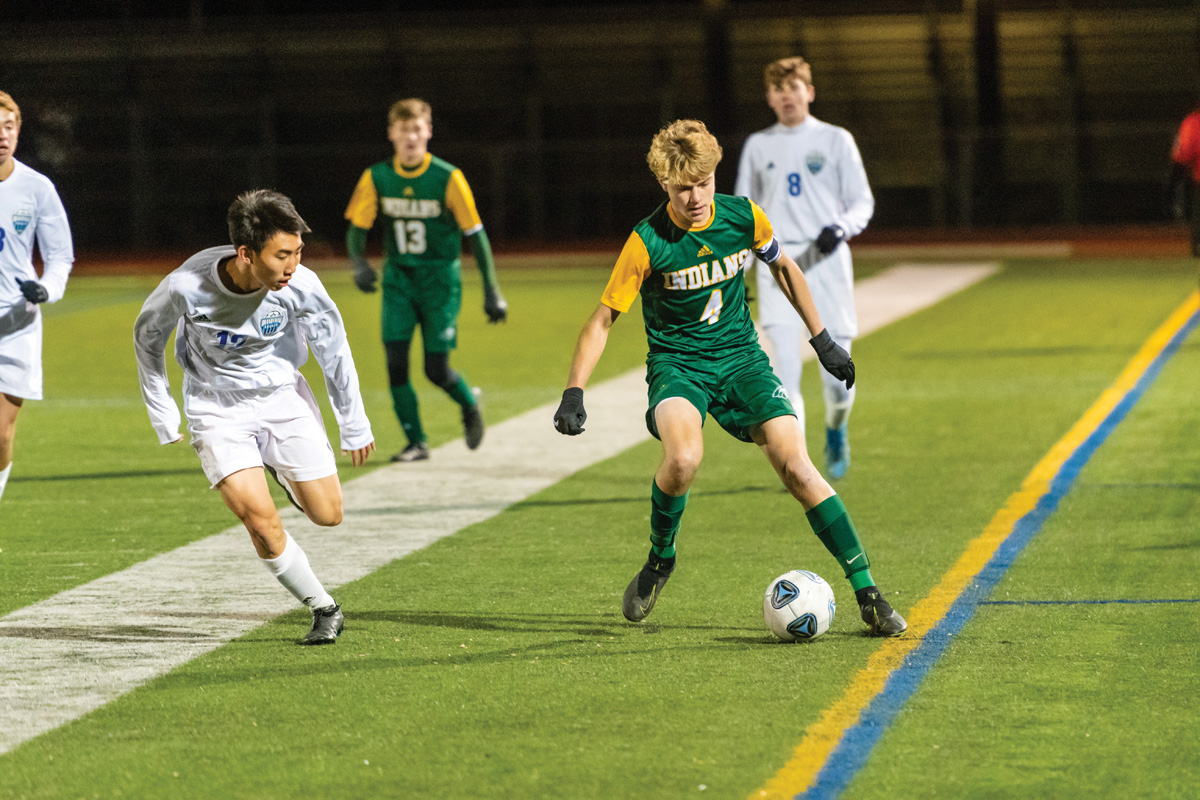 Sophomore Blake Morgan took a pass from freshman Jordan Illian and buried it into the back of the goal to put the Indians on the board in the 33rd minute. It would prove to be the only goal IR would need in the game en route to a 2-0 win over the Bulldogs.

“It was my first goal of the season, so it feels pretty good,” Morgan said after the game. “It got cold as the game went along, but it doesn’t matter if it’s cold or it’s hot, we’re going to play the same way.”

The Indians controlled much of the pace of play throughout the contest with their passing game playing the ball up through the midfield to the sides. It’s that style of play that led to the first goal for Morgan.

In the second half, during the 55th minute, Illian added an insurance goal with senior Alex DiLuzio picking up the assist.

“Blake has got a great attitude, and has a lot of good physical ability,” said head coach Steve Kilby of Morgan. “He’s really starting to find out and increase his understanding of the game … where he needs to be, what type of runs to make … it really paid off tonight because he’s that inside midfielder, and he got in to knock that ball home.”

While Morgan and Illian figured into the goal-scoring, it was the stellar play of juniors Erick Aguilera and Arturo Cruz that really helped the Indians dominate large portions of the game, and keep Brandywine off the scoreboard.

“Turo has turned into a player that we can’t afford to take off the field,” Kilby praised. “His passion, his commitment, and his work rate have really made him the guy that we depend on to break play up in front of the back to.

“And then, as you said, Erick was everywhere doing everything. We played him in the midfield tonight, then we moved him to the back line, again. He’s so athletic, and you can see him cover  ground and win balls and everything. Just thrilled to have him.”

Junior goalie Bastian Perry was hardly challenged, but did wind up making a few saves to earn another clean sheet. It was his ninth shutout win of the season.

“We told the boys that it’s a three-game season, and we got the first one tonight,” Kilby concluded.

The Indians took on Wilmington Friends on Wednesday night in Smyrna. The game was played after the Coastal Point print deadline. For results on the game, check out our Facebook page.

The winner of the IR-Wilmington Friends game will be playing in the DIAA Division II state championship game on Saturday, Nov. 16, at Dover High School at 5 p.m. They will face the winner of the other semifinal that pitted top-seeded Archmere Academy against 4-seed Newark.