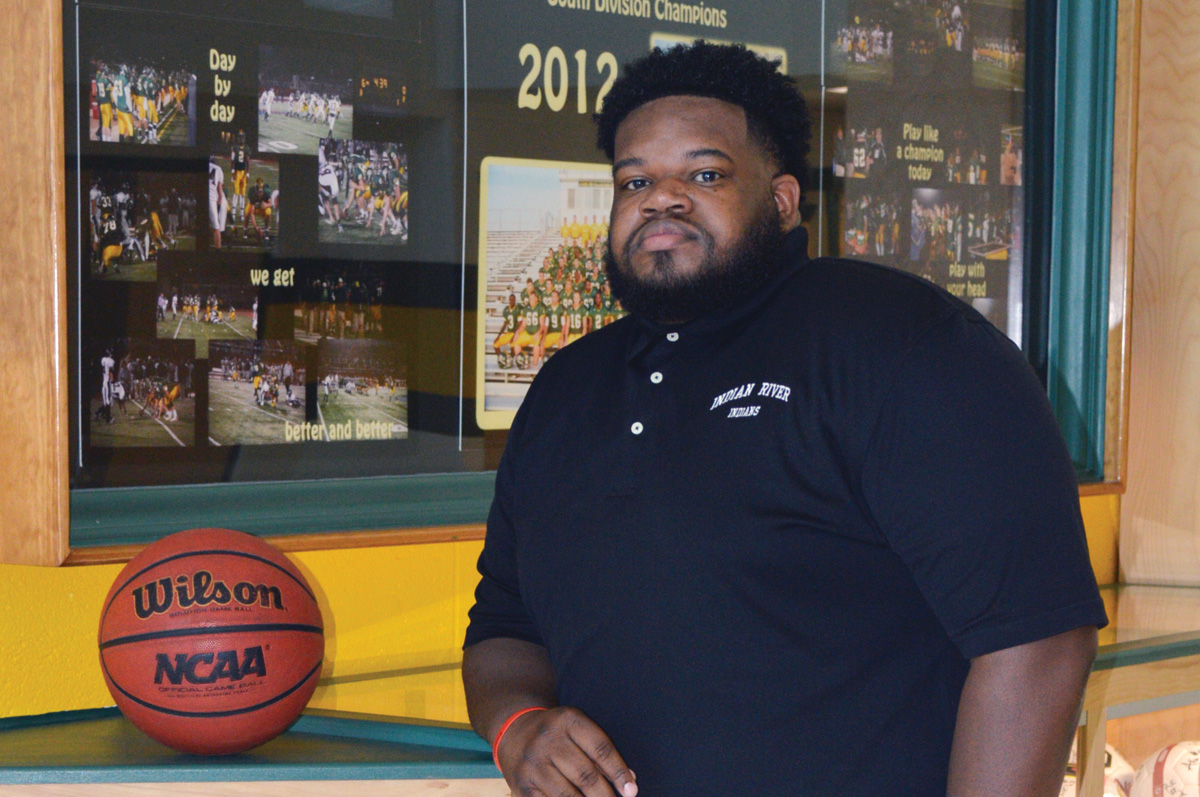 There is a new “Mann” in charge on the hardwoods of the Indian River boys basketball program, and his name is Devin Mann. The Indian River School Board approved the hiring of Mann a couple weeks ago, and he hit the ground running on Monday for the first day of official practices for the DIAA calendar.

Mann comes to the program from Milford, where he has spent the past couple seasons as an assistant coach for the Buccaneers. It will be his first varsity head coaching job, but he has had plenty of influences along the way that will shape how he wants to run his program.

“Getting this job is a dream come true,” Mann said. “Six years ago at 23 (years old), I set a goal to become a head coach by 30. Although I had what looked like an opportunity previous to this one, that didn’t pan out. I believe that is because this one was meant for me. At 29, I plan to give this program, this school, these kids, every ounce of effort I can to improve their lives and to find success while doing so.”

Recently retired IR coach B.J. Joseph was one of the mentors for Mann — especially since he played for Joseph during his high school days — as were some of his other former coaches in Art Doakes and Freeman Williams.

Mann is a Milford resident and was a graduate of Milford as well. He was a four-year varsity football coach at Milford, and coached in four playoff games, including a narrow loss in the 2017 Division II state championship game. He also coached in five playoff games in basketball having been on the staff of the team that won the Henlopen Conference South Division crown in the 2015-16 season. That team made the state playoffs as well, and won its first two rounds in the playoffs before losing to eventual champion, Sanford.

“I want guys with character, integrity, and being role models,” added Mann, who is a member of the high school staff. “These are among the top of my priority list for these athletes. If we can grow daily as men, basketball will take care of itself. I want to bring a winning mentality to this program.”

Mann will utilize a heavy half-court offense based on execution as its bread and butter because as he explained, “Good teams can execute when the game slows down.”

“We will emphasize IQ, effort, and competitiveness,” he continued. “If we can play the right way and play hard, we can compete on a night-to-night basis.”

Mann and the Indians will open up their 2019-20 season on Wednesday, Dec. 4, on the road at Woodbridge. They will get an idea of where they are in the preparations for the season with a trio of closed scrimmages against First State Military, Cape Henlopen, and James M. Bennett (Md.) over the next two weeks.