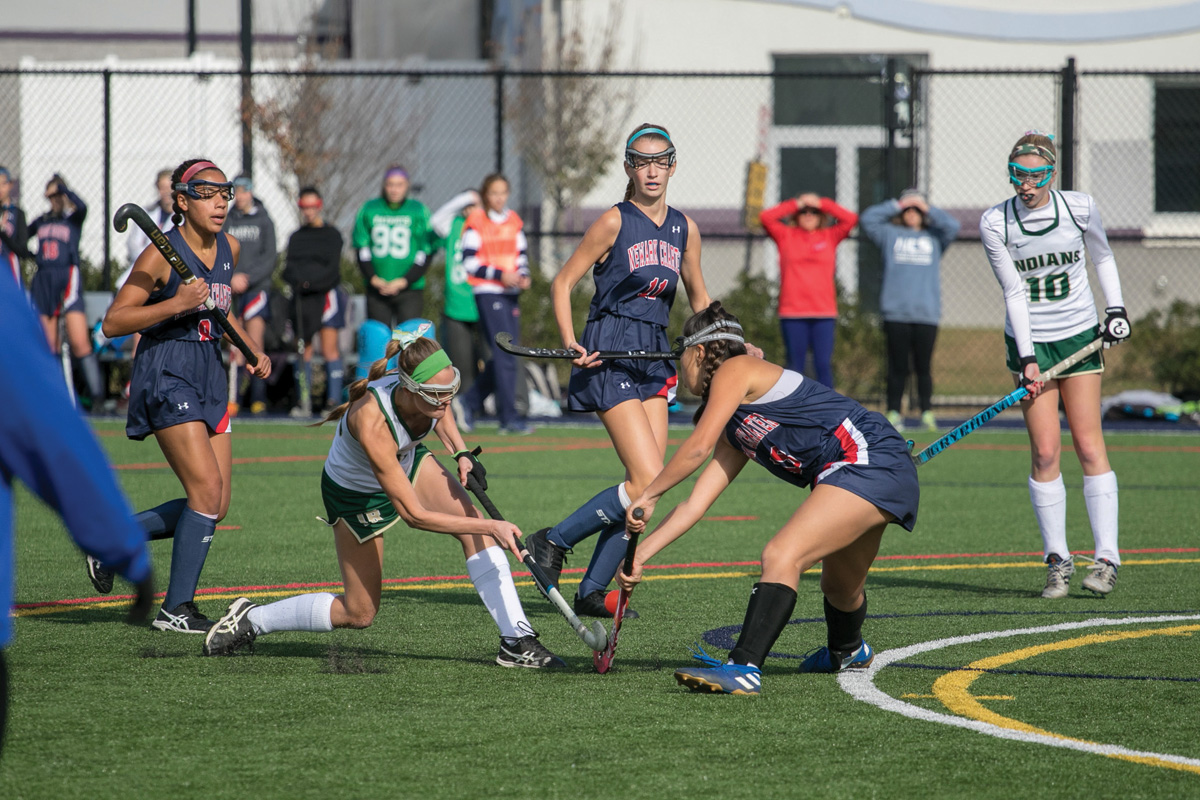 As they’ve done all year long, the Indian River field hockey team got out on their opponent early and often, then kept the pressure on until the final buzzer sounded. This time it came at the expense of Newark Charter as the Indians cruised to an impressive 4-0 win in the quarterfinal round of the DIAA Division II state playoffs.

Senior Rylie Cordrey scored twice, while Avery Congleton and Kayler Townsend each added solo tallies to account for the red lights that marked a “4” on the scoreboard for the Indians.

Much like their offensive counterparts, the Indians defensive unit was smothering, while thwarting any attempts at Newark trying to get themselves back in the game. IR allowed just one shot on goal for the Patriots.

“The girls really played a fantastic game,” said an elated head coach Jodi Stone after the game. “I’m beyond words. Their passing was great. They are just utilizing all the tools that we are giving them in practice, and they’re executing them in the game, and it’s just fantastic.”

And how about that defense?

“Again, I am just beyond words,” Stone continued. “They are just a fantastic group of young ladies that have worked really hard — for months. They are finally getting to reap the benefits of all their hard work.”

Cordrey got the Indians on the board at the 21:03 mark of the first half off an assist from Townsend. Less than four minutes later, it was Townsend’s turn to get into the scoring action with a great shot into the corner of the cage with 17:35 to play before halftime.

The second half started the exact same as the first with Cordrey getting her second of the game at 14:16. Congleton put the nail in the proverbial coffin off a corner opportunity pass from Kaylee Hall with just 1:24 left in the game.

The Indians were tasked with facing a familiar foe on Wednesday during the semifinal round when they battled Henlopen Athletic Conference South Division rival  Lake Forest back at Sussex Academy. During the regular season, IR had defeated the Spartans, 2-0, as part of a four-game win streak to finish the regular season.

With their record standing at 15-1, the Indians found themselves one game away from the DIAA Division II state championship game. Results of Wednesday’s game can be found on our Facebook page.

“It’s difficult to beat a team twice in the same season, so we’re up against that,” Stone admitted. “I think the girls are up for a challenge because we played (Lake Forest) two years ago, and lost to them in the first round. So, there is a little bit of animosity there.”