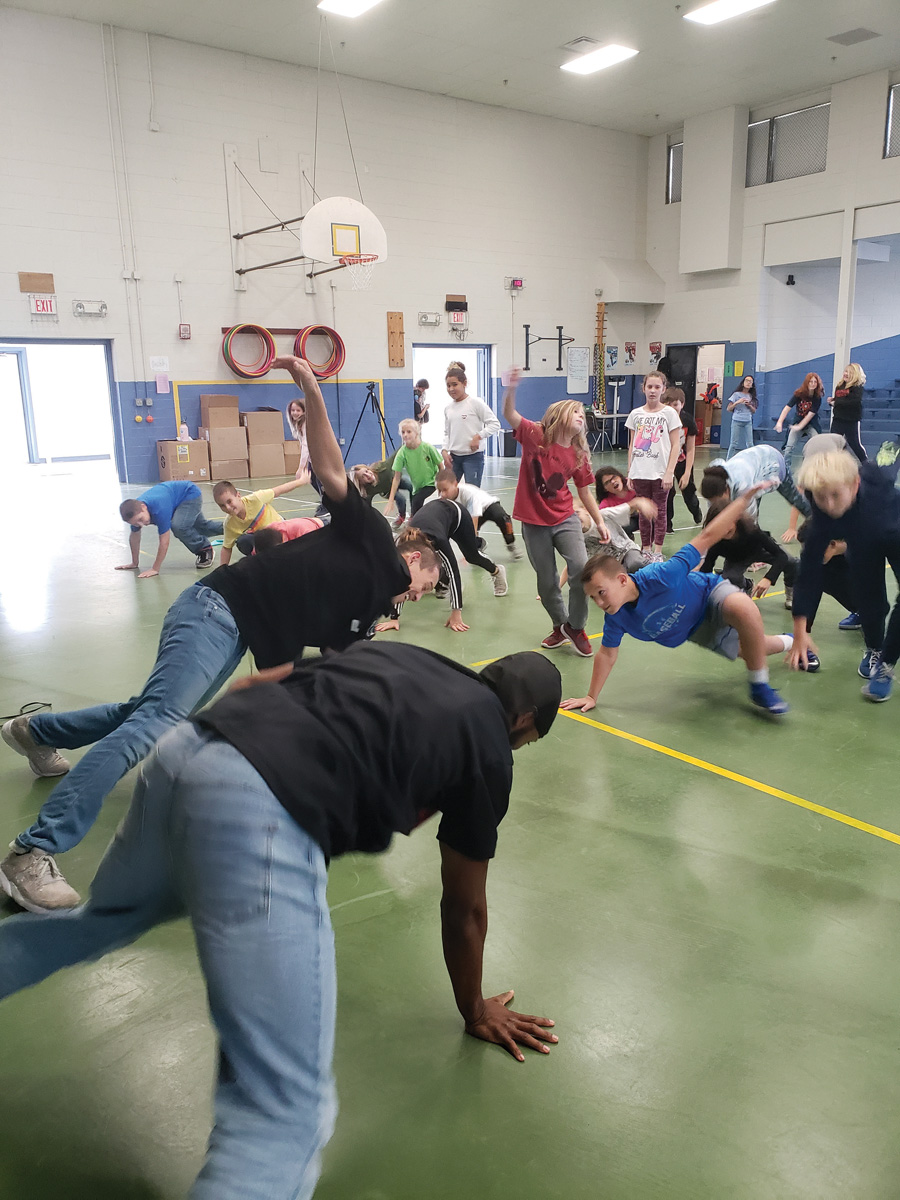 A summit for our kids

“Can you do that if you’re on drugs?” he asked an energetic group of youngsters gathered in the gym at Lord Baltimore Elementary School for the Youth Drug Summit last week, and they shouted a resounding, “No!”

“This is me feeling good,” he said, standing straight and crossing his arms in what he called his Superman Freeze pose.

Using the letters A, B, C and numbers 1, 2 3 as guides, he taught them a short routine that ended with them landing on the floor, face down, supported by outstretched arms, legs extended behind them.

At his direction, as the Jackson Five song “ABC 123” resounded through the gym, children jumped, spun and brandished their talents for classmates who stood in a large circle.

“This is our future. These kids will be taking care of us in years to come so it’s in our best interest to keep them healthy,” Wong told Coastal Point.

“It comes down to, if you want to be your best you can’t have drugs as a roadblock to your success,” Valme added.

For fourth-grader Logan Stiles, the message was luminous. “Drugs are not good for you and I will not use them. I learned there are side effects,” she said.

“I know not to take drugs from somebody you don’t know or don’t trust. I will remember that,” her classmate, Brice Lockard, said.

A Drug Enforcement Administration agent had explained that minutes earlier, saying there are only three people children should accept drugs from — their parents, a doctor or the school nurse.

“How about this? How about, ‘I got some pills. Take them with me. C’mon, man. I’m your best friend. You can take them. They’re just like Skittles. Come on with me,’” the agent said, giving them an example of what they might hear.

Almost all of the students firmly shook their heads, but when a few, smirking, murmured, “I’m coming,” the DEA agent zeroed in and spoke firmly.

“Why are you coming? Would your parents agree with you coming? Even though you’re in fifth grade, you know what’s right and what’s wrong for your body. If you know there are going to be drugs at a party, at someone’s house, you don’t want to go,” he said.

“Who knows what marijuana is? A lot of big people smoke it. It’s no big deal, right? Who’s going to take it? Nobody, right? You know why? Because you guys are smart,” he said.

As the drug summit began, Lord Baltimore Principal Pam Webb welcomed students and guests and said she wanted them to “see, hear and experience so you’ll have the knowledge to set goals and strive for success.”

Shawn Ellerman, assistant special agent for the U.S. Department of Justice Drug Enforcement Administration, in charge at the Philadelphia Field Division, told students anti-drug programs weren’t offered when he was in school. While the DEA had been concentrating on high schools, they are now also targeting elementary schools, he told students, seated in bleachers as the event began.

“We are fighting for survival. We’re all in this together,” he said.

“In high school, a lot goes on. It’s important to tell them about vaping and how dangerous it is. Nobody really smokes in high school now but a lot of kids vape. In middle school, it comes up,” she said.

April Ban, also a senior at Indian River and member of the honor society, said peer pressure can be overwhelming for students desperate to fit in.

“Kids don’t have a clear mind set and sometimes they will do anything to be popular,” she said.

The evening of Nov. 7, parents attended an educational session sponsored by the DEA, with discussions about the impact of drugs, alcohol and tobacco on families and the local community and how parents can keep children safe.

The organization atTAcK Addiction presented the trailer for the film Right Before Your Eyes.