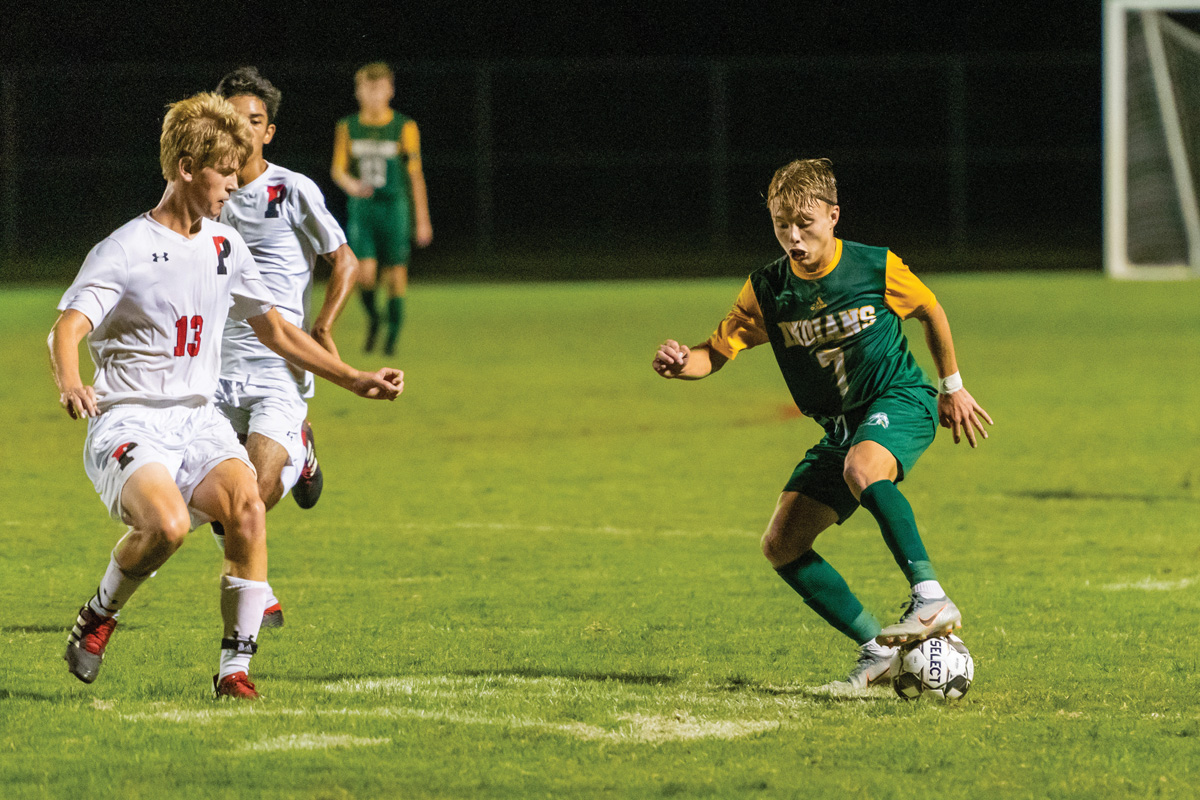 For the first time in Henlopen Conference girls’ volleyball history, a player was recognized with First-Team All-State honors. That first-timer is none other than Indian River High School junior Raychel Ehlers.

Ehlers helped guide the Indians to their first-ever Henlopen Athletic Conference championship with a 3-1 decision over Smyrna. Her record-setting season included staggering power numbers, with 321 kills to go along with 130 digs. She added 21 aces and 21 blocks to her ledger.

Collectively, her efforts were virtually unmatched up and down the First State.

“What could I say about Raychel that I haven’t said already,” head coach Jim Barnes said after the conference-championship win over Smyrna. “She is a beast. She is so dominant on the outside hitting the ball, and she was just so determined and focused.”

Ehlers played in all but two games this season for the 14-3 Indians, and those two were games against opponents with relatively young teams that would have just been — well, let’s be honest — unfair to play a player of her caliber against them.

A record-setting field hockey season was certainly going to generate some buzz for players on the Green-and-Gold across the state, and indeed it did, as senior Rylie Cordrey and junior Kayler Townsend both picked up First-Team All-State honors.

They were joined on the All-State list with their head coach Jodi Stone being named the Delaware State Coaches Association Coach of the Year.

IR finished its season 16-2 overall, with their only two setbacks coming to four-time defending state champion Delmar. They scored the most goals ever in a state championship against the Wildcats in the 6-3 finale.

The Indian River boys’ soccer team also saw a trio of players show up on the First-Team All-State list — namely Eric Aguilera, Jared Cordoba and Jordan Illian, the latter garnering honors as just a freshman in his first season of varsity action for the Indians.

IR finished the season 13-4-1 overall, coming up just short of their goal of getting back to the DIAA Division II state championship game, dropping a 3-1 decision in the semifinals to Wilmington Friends.

Illian scored nine goals to go along with six assists. Cordoba, a senior, closed out his IR career with a seven-goal, two-assist season, while “Mr. Everything” Aguilera, a junior, scored three goals and chipped in with three assists.

A number of IR athletes earned themselves All-Henlopen Athletic Conference honors for this past fall season:

Coach of the Year: Jodi Stone