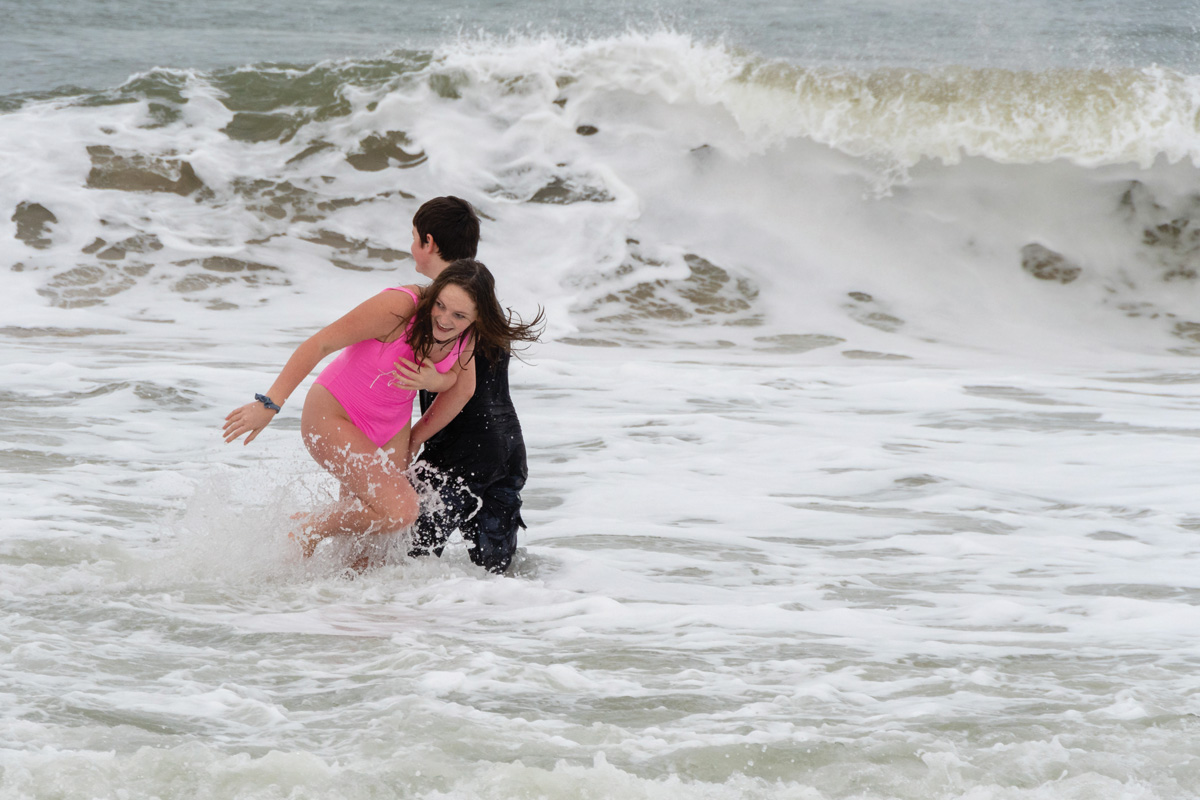 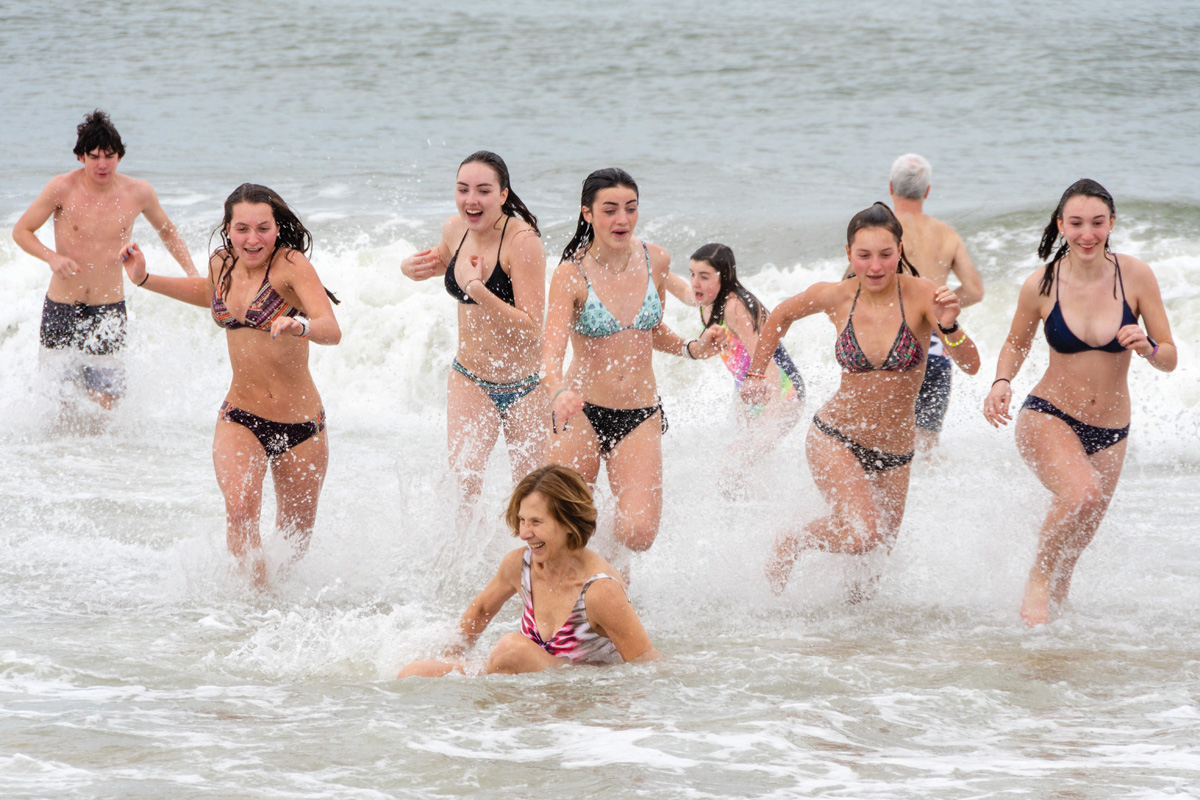 It started with a group of friends wanting to continue their neighborhood New Year’s celebration by jumping into the ocean.

The Fenwick Freeze has been an official town event for 16 years according to Becca McWilliams, chairperson of Fenwick Island’s Beach Committee, which organizes the event. But it started, she said, with “a group of neighbors on South Schulz Road who would get together on New Year’s Eve and then decided to jump in the ocean on New Year’s Day.”

Nearly two decades later, McWilliams said, the same core group still leads the New Year’s Day tradition. She said she approached the South Schulz group about two years after they started their informal “freeze” and asked if they would mind if the town made it an official event, with T-shirts and everything.

“They said, ‘Go for it,’” McWilliams said. So, this week, once again, McWilliams sat in town hall setting up shop, selling the T-shirts and taking registrations. Fenwick Island Vice Mayor Richard Mais was her first customer.

In addition to the lifeguards from Fenwick Island’s squad who yearly represent the town at national competitions, Fenwick lifeguard Emily Ruppert has also followed her coach and former lifeguard captain Tim Ferry in competing on an international level.

Even the national competitions can get costly, because they’re often located in western states, said McWilliams, and that’s why the Town decided to target the Fenwick Freeze funds toward the lifeguards’ efforts.

This year’s Fenwick Freeze will take place on Jan. 1 at 11:30 a.m. at the Bayard Street beach.

“When we started, it was at 9:30, but it was hard getting people out of bed that early,” McWilliams said.

Registration will be held at the town hall on Dec. 30 and 31 from 10 a.m. to 2 p.m. and on the day of the Freeze, registration forms (available on the Town website at www.fenwickisland.delaware.gov) should be brought to Bayard Street beach between 9 and 11 a.m. The fee for registration is $20 if pre-registering or $25 on the day of the event.

Anyone who has pre-registered may also pick up their T-shirts on Jan. 1 at the Bayard Street beach between 9 and 11 a.m.

As always, McWilliams is hoping for good weather for the Freeze, but in case of weather issues, participants should keep an eye on the Town website or the Fenwick Freeze Facebook page for any information regarding cancelation.

“We’ve had weather in the 70s, and we’ve also had to cancel” on New Year’s Day in past years, she said.