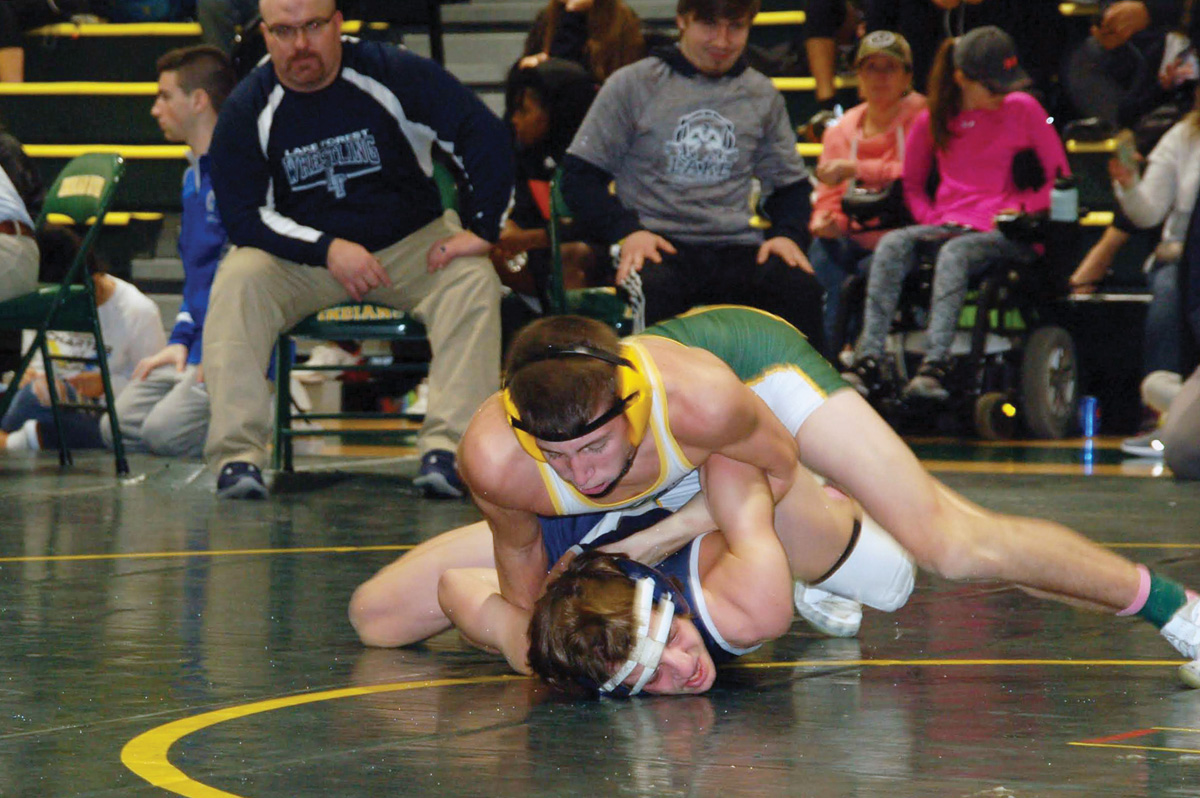 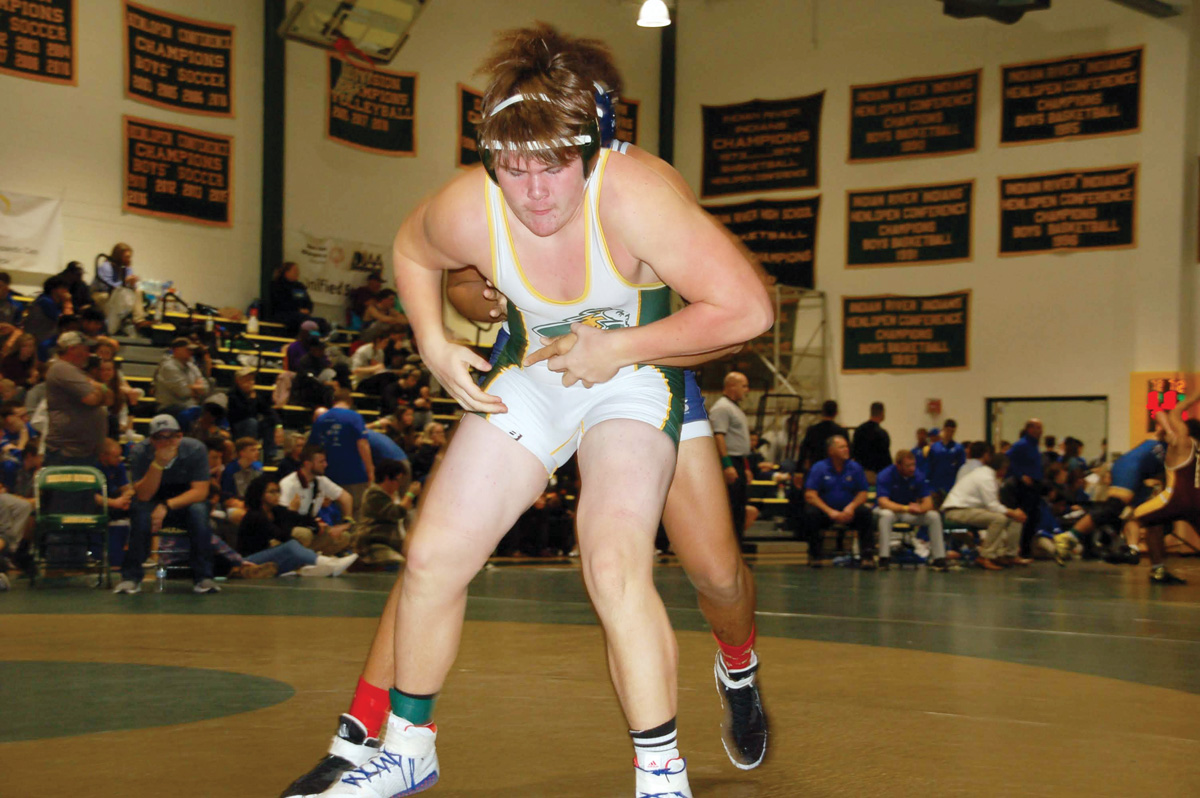 Turner takes first at Battle at the Beach tourney

A total of 18 high school wrestling programs made their way to Indian River High School last weekend to participate in the 15th Annual Battle at the Beach individual wrestling tournament.

The Indians’ Ramond Turner was the lone champion for the host team, taking all three of his matches in the 285-pound bracket for the gold medal.

“Ramond had a great tournament,” coach Jeff Windish said of his senior champion. “He beat a guy that finished seventh last year in Virginia, and then a tough Tyler Carr from Sussex Central. He really showed he can be offensive.”

Turner picked up a hard-fought 1-0 decision over Cape Henlopen’s Lucas Ruppert in his opener. He then posted a win by pin over St. Stephen St. Agnes’ Ewan Clarke at the 4:59 mark. In the championship, Turner rolled to an 8-0 major decision over Farr for the title.

“We still didn’t wrestle to our full potential right now, and that’s across the lineup,” Windish added. “The kids got to see some legitimate competition throughout the tournament. Finishing Top 10 of this tournament is a statement, really.

“There were eight top teams in the tournament. We left some points out there, which cost us finishing in the Top 5. I told the guys that you win tournaments like this in the wrestlebacks, and unfortunately, we came up short in some of the brackets.”

IR had a pair of wrestlers finish fourth in their brackets, with Ian Shaubach at 120 and T.J. Burke at 220.

Shaubach cruised through his first two matches, with a pair of pins over Cape Henlopen’s Brexton Carter (1:54) and Jack Ciafardo from Middletown (1:03). He was leading West Chester Henderson’s Billy Wilson in the third period, 9-0, but a small mistake cost him, allowing Wilson to roll him up for the pin.

Shaubach then pinned Lake Forest’s Cael Moyer in 3:59, to face Dallastown’s Adam Karlie for third place. Karlie was able to get the late points to overtake Shaubach for the 7-6 win by decision.

“Ian had as close to a perfect tournament as you can but got caught up when he was ahead, 9-0,” Windish continued. “A couple of mistakes cost him, unfortunately. He is on the cusp of beating the top-tier guys.”

Burke went 2-2 for the tournament overall for his fourth-place finish. He won his opener 13-3 before falling in the semifinals to Lake Forest’s Kris Thompson. In the consolations, Burke posted a 10-5 decision over Newark Charter’s Goodwin Cobb, but then lost in the fourth-place match to Sussex Tech’s Seth Layfield by a 3-0 decision.

Schools from Pennsylvania, New Jersey, Virginia, Maryland and Delaware all were competing in the two-day tournament.

Next up for the Indians will be a trip up to the Delcastle Invitational this Friday, Jan. 3, and Saturday, Jan. 4. They will be one of 24 teams in attendance. Action gets started on Friday at 4 p.m., with Saturday’s slate set to begin at 10 a.m.