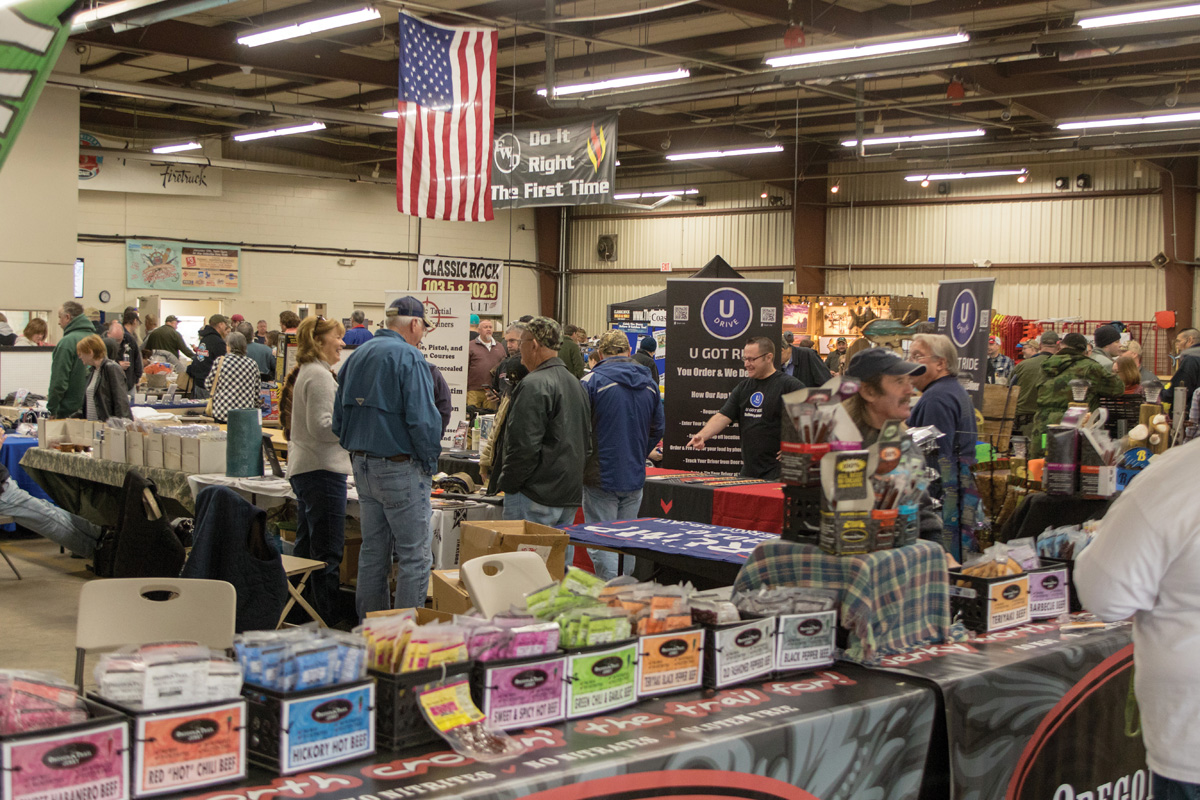 Although it may be winter according to the calendar, the Delaware Surf Fishing group is ready to help the outdoorsman prepare for the upcoming season with the 2nd Annual Outdoorsman Marketplace show on Saturday, Jan. 11, from 7 a.m. to 3 p.m. inside the Millville fire hall, located at 3554 Atlantic Avenue, Millville.

After an extremely successful first year in which they raised $9,200, Rich King, owner of Delaware Surf Fishing was quick to jump right in and start preparing for this year’s edition.

“This year we are hoping to get over $10,000,” King said recently. “There’s not a lot of events in the area this weekend. The weather is supposed to be in the 60s with a chance of rain, so hopefully, they won’t go to the beach, and will come to the show. Last year we had 1,100 people come, and we are hoping to get more than that this year.

“The vendors were really pleased with the turnout and were very excited for this year,” he added. “We had more vendors request to get in. We have more vendors this year. We have more of a variety this year, and we even have Cabela’s coming down. There’s going to be more hunting and fishing vendors, which was something the people requested.”

The show is being presented by the Voice Radio Network’s The Vault Classic Rock 103.5 & 102.9 FM stations. Entry fee for the public is $5 at the door, which includes a door prize ticket. As it did last year, the show’s proceeds will benefit the fire company’s efforts to raise money for a new fire hall.

Breakfast and lunch will be prepared by the Ladies Auxiliary, and sponsored by Al Casapulla’s and Hocker’s. Beer will be served from 11 a.m. to 2 p.m., is sponsored by Holts Wine & Spirits.

“We have more vendors, and more of a variety of vendors,” continued King. “We are bringing back the firearms simulator. We are excited about the gun vendor we have coming in this year, which will allow people to actually buy guns and ammo on-site at the event this year, thanks to the National Wild Turkey Federation Delaware Chapter.

“We have these vendors coming in with some great deals. Some are offering up 30 percent to 50 percent off of their items. It’s why people come to these shows to find deals, and they will certainly find some good deals this year.”

Vendors for the show include many covering the outdoorsman’s activities including hunting, fishing, boating, cooking, photography, RVs and more. There will also be craft businesses and vendors in attendance in the “nautical” arena, featuring quality inventory for purchase — not flea market-type products, King noted.

Aquacultured oysters from Dewey Selects will be available, “What The Shuck It’s Only A Buck,” with all proceeds go to the Millville fire company. Attendees can learn about Inland Bays oyster farming, as well as invasive species, from the University of Delaware. The oysters will be served starting around 10 a.m.

Atlantic Tactical Firearms Trainers are bringing their firearms simulator back this year. The simulator is a training video game that is described as a blast to use (pun intended). It will be set up near the main entrance, and will feature different modes and games, including balloon animals and zombies, and real-life fire situations for training.

The raffle and door-prize items are being donated by vendors and sponsors, as well as from several businesses in the beach community. The show is designed to be a fun event for the entire family.

The price of admission is $5 for those 15 or older, and includes a ticket for a door prize. Children 14 or younger will be admitted free of charge and will also receive a ticket for a kid’s door prize. Those who want four extra door prize tickets can order tickets online today (Friday, Jan. 10) until midnight. They’ll need to take their confirmation email with them to the show, and show it at the door. Entrants need not be present to win a door prize or any of the “Chinese raffles,” as winners will be contacted by a fire company representative.

“This a great community outreach program for the fire hall, and this is an event that is popular for the residents of Delaware and Delmarva,” King concluded. “Sponsors make this possible, and without them none of this would be possible. We are very grateful for our sponsors.”

There are special rules for the event’s gun raffles. Entrants must know ahead of time that they will pass a background check to purchase a ticket and participate in the gun raffles. Anyone who knows they are not permitted to own a gun cannot try to win one.

Guns will be raffled beginning at 7 a.m., using one deck of cards per gun, which includes 54 cards in the deck (with the jokers) at $20 per card. Some of the guns being raffled will have tickets priced at $10 per card. The guns are being donated by G&E Hocker’s Superstore and Hardware, and have to be picked up from there the day after the event (Sunday, Jan. 12) during a designated period of time.

There will be no cash equivalent offered for the guns won and, again, participants must be sure they can pass a background check prior to participating in the raffle. Chances are non-transferable, and all monies raised will benefit the Millville Volunteer Fire Company.