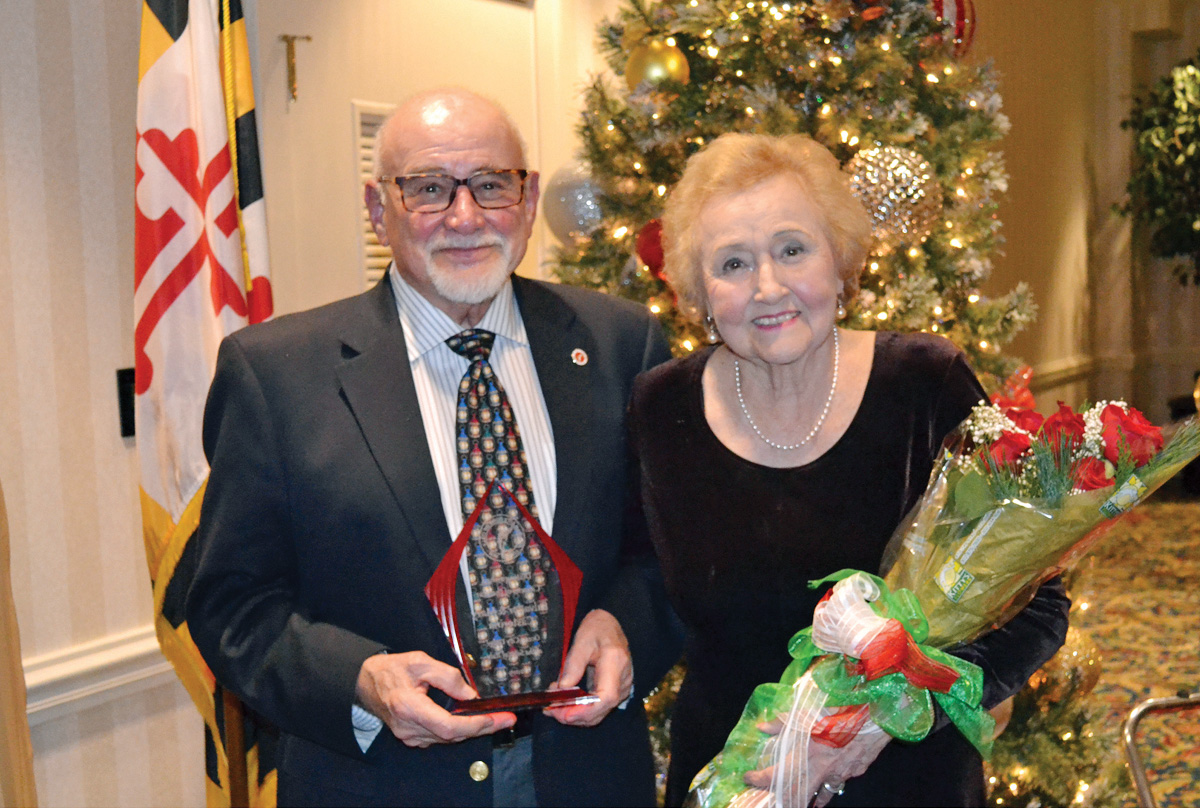 The Ocean City (Md.) Lodge of the Sons & Daughters of Italy has awarded its 2019 Distinguished Citizens of the Year award to Sal and Mary Castorina of Frankford. The couple was honored for years of significant contributions to the local community, including mentoring students, providing food for needy families and local food pantries, and playing leadership roles in the Sons and Daughters of Italy and the Knights of Columbus Council in Ocean City.

In presenting the award to the Castorinas at the group’s year-end function, incoming 2020 president of the lodge Vincent Mollicone said, “As a couple they are charity personified. He is a fundraiser par excellence, and she is a charity organizer like no other.”

Mary Castorina has mentored two young women at the Southern Delaware School of the Arts for five years. She organized the Women’s Club in the Frankford community where they live and subsequently began the club’s tradition of adopting needy Sussex County families, who received food and gifts at Christmas.

Mary Castorina next turned to collecting non-perishable foods year-round at meetings of the women’s club, expanded that effort to get her entire neighborhood involved, and then began delivering food donations to local food pantries.

She also organized and chaired the first charity committee for the Ocean City lodge of the Sons & Daughters of Italy. She began the lodge tradition of adopting needy families at Christmas, and organizes and coordinates delivery of all gifts to the Snow Hill offices of GOLD.

He is a past president of the Ocean City Sons & Daughters of Italy lodge and has been one of the driving forces behind the continued success and growth of the organization’s annual St. Joseph’s Festival. He acted as contact person for the Grand Lodge of Maryland to hold the last two statewide conventions in Ocean City and helped make all arrangements for successful conventions over the past four years.