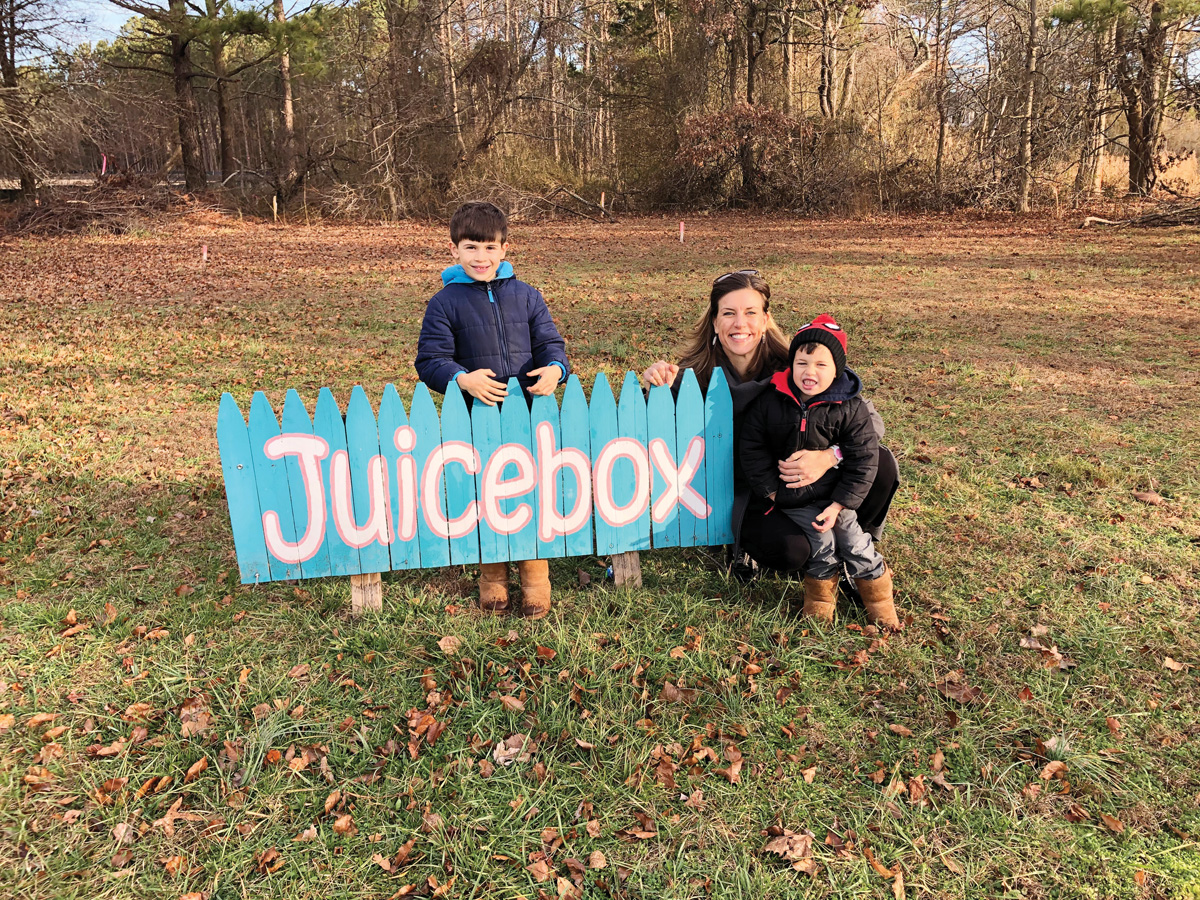 Juicebox has found its ‘forever home’

It’s all coming together for Lisa Daisey-DiFebo.

“I like to start with a perfect scenario and work my way back,” said Daisey-DiFebo. Her idea of the perfect scenario in this instance, by the way, is to get her new Juicebox location in Ocean View opened up for Memorial Day weekend, serving its menu of organic juices, all-fruit smoothies, açaí bowls, coffee, breakfast and lunch.

She opened her original Juicebox in a location near the trailhead of the Assawoman Canal Trail, and soon followed up by opening two more spots — one in Rehoboth Beach and another in the Bayside community in West Fenwick. After several years, the landowner she rented the original location from decided to sell the property, meaning Daisey-DiFebo needed to make other arrangements for her flagship Juicebox location.

She opened up inside the new G&E Grocery Store near Salt Pond over the summer, and bought land near her original location on Town Road in Ocean View to build her shop up after the busy season ended. She spoke at the time of her gratitude to the Hocker family for working something out with her for the summer, and with excitement over being able to construct her “forever home” for Juicebox near where it all began.

She said she knew there was plenty of work ahead of her, but she saw it as an opportunity.

“There’s security in the fact that we now own a piece of land,” Daisey-DiFebo said while getting the G&E Juicebox ready for the summer last May. “And it feels really good to be able to build that building the way we want it and not have to leave. We can plant the plants and grow the flowers and do all the things we want to do, and feel good about doing it.”

Fast-forward to last week, and there are definite signs of life at the new central location of Juicebox. Work is being done, a driveway has been constructed and Daisey-DiFebo is optimistic about her timeline to be ready for the Memorial Day target she is embracing.

“In hindsight, I wish I could have gotten this started in the summer, but I really had to pay attention to what I was doing at the time,” she said. “The day after Labor Day, we turned our attention to this project.”

She added that the permit process is in full swing, and she’s hoping for weather to be a cooperative element during construction.

“Really,” she explained, “I’m just really excited to get the ball rolling on this.”